Τhe Search & Rescue system is upgraded – Joint exercise with the participation of the French frigate ACONIT – VIDEO
Defence Redefined
Published on 03/02/2021 at 13:27 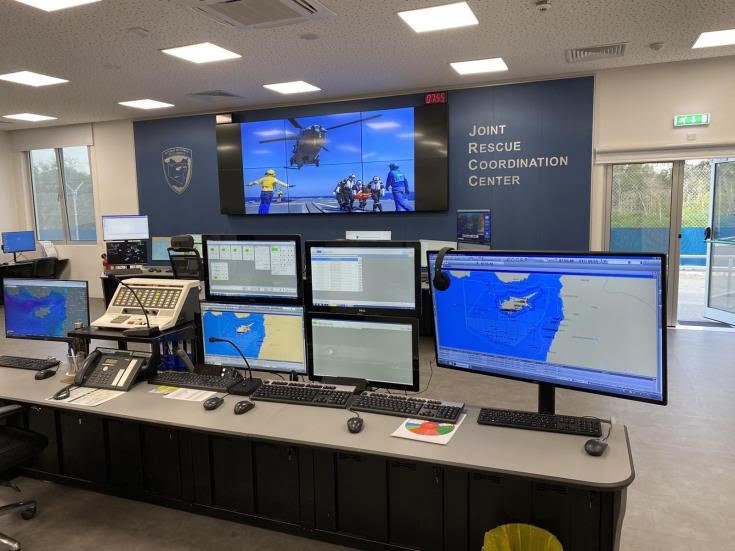 The rescue of human life across the FIR of Cyprus – land, sea and air – is the goal of the two special air transport units that have been recently established, which further upgrade the Search and Rescue system.

In his statements to CNA, Squadron Leader Loizos Kiafkioulis, Head of the Joint Rescue Coordination Center (KSED) in Larnaca stated that “by decision of the Cabinet, two groups of specialized nurses have been incorporated which fall under the Ambulance Service Directorate of the State Health Services Organisation (OKYPY), in readiness at the helicopters base available for Search and Rescue Operations executed by the Cyprus Police Aviation Unit in Larnaca and the 460th Search and Rescue Squadron of the National Guard based in Paphos.

Also read: Institute of Demographic Policy | The danger for the security of Cypriot Hellenism is visible

He added that “with the establishment of these two teams, the further upgrade of the Search-Rescue system is achieved, since it is now possible to simultaneously activate the flying crews and the specialized nurses, reducing response times to a minimum for the benefit of saving lives, in case of Search and Rescue operations, a result of maritime or air accidents.”

On his part, Sakis Theodosiou, Operational Coordinator (SAR) of MEDEVAC, Cyprus Ambulance Service Directorate of the State Health Services Organisation (OKYPY) told CNA that “this was another strong goal of the Ambulance Service Directorate that reached its end successfully. The goal has always been, through specialized nurses, to save human life throughout the FIR of Cyprus, throughout the territory of the Republic, namely land, sea and air.”

He added that “this is achieved in 2021, exactly 11 years after the nurses’ voluntary offer to the Rescue Team, pioneered by the Civil Defence of Larnaca. The culmination of this effort is the approval, with the contribution of the Ministry of Health, of OKYPY, of all the competent Organizations and with the “flagship” of the Joint Rescue Coordination Center.”

He also noted that “through the Cyprus Police Aviation Unit and the 460th Search and Rescue Squadron, we are ready and we now officially provide, through two stations in Cyprus, Larnaca and Paphos, immediate human life rescue. That, after all, was our goal, that is, the immediate rescue of human life, and that, in the end, is what we have achieved.”

Answering a relevant question, Mr. Kiafkioulis said that “the achievement of this goal, after great efforts, is very important for the interests of the Republic of Cyprus. KSED expresses its warm thanks to the Ministry of Health and OKYPY for the efforts made in recent years in order to prepare the specialized staff ready for the implementation of this institution.”

He added that “KSED also expresses its gratitude to the Police Headquarters, the Police Aviation Unit, the National Guard and the 460th Search-Rescue Squadron, which will host the specialized nurses in their facilities. Now their cooperation and interaction will be daily.”

He also noted that “special mention is made to the Regional Directorate of the Civil Defence of Larnaca, which pioneered when this effort began years ago and was the reason for the consolidation of this institution and the establishment of two special air transport units.

In the meantime, on Tuesday, February 2, 2021, an international Search-Rescue Exercise (SAR) called “CYFRA 01/21” was conducted in the sea area south of Cyprus, within the area of ​​responsibility of SAR of the Republic of Cyprus. The French Frigate “ACONIT” participated in the exercise, along with an AW-139 helicopter of the 460th Squadron of the Air Force Command of the National Guard, an AW-139 helicopter of the Cyprus Police Aviation Unit as well as specialized nurses of the “MEDEVAC” Specialized Team of the Ambulance Service Directorate of OKYPY.

The purpose of the exercise, which was coordinated by the Larnaca Joint Rescue Coordination Center, was to develop cooperation so as to tackle SAR incidents and emergency situations that may arise in the SAR region of the Republic of Cyprus. This exercise is the first cooperation in 2021 and the 39th in total, in the context of a long-lasting cooperation in SAR matters between the forces of the Republic of Cyprus and the French Air Force operating in the Eastern Mediterranean region.