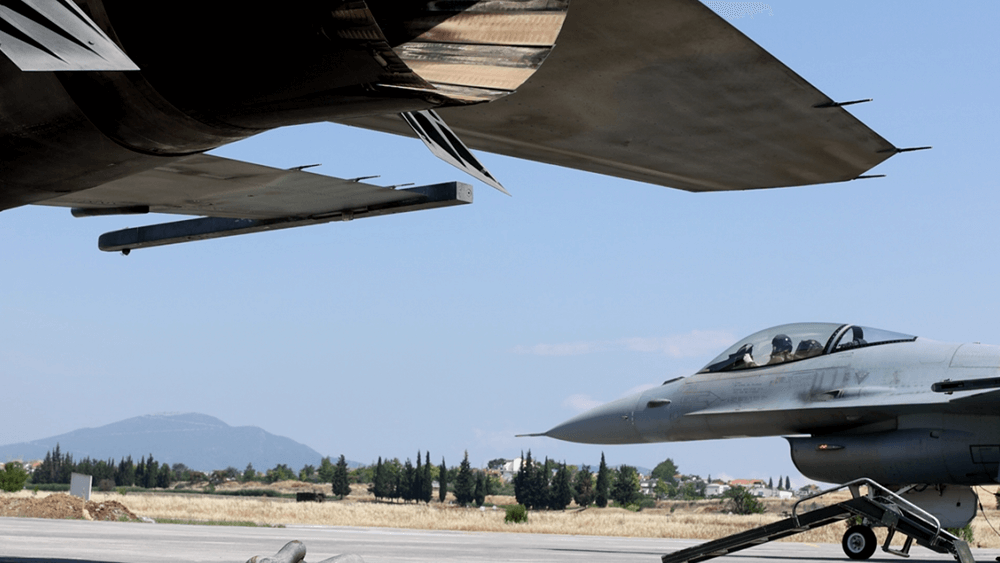 The first two F-16 fighter jets currently in the facilities of the Hellenic Aerospace Industry (HAI) made their maiden flight in the last two days. The said flights took place as part of the first phase of the upgrade program of the Air Force F-16 aircraft to the Viper version (the prototype is already operating in the USA).

The program has been undertaken by the Hellenic Aerospace Industry and the manufacturer company Lockheed Martin.

According to HAI’s press release, during the test flight, the upgraded systems of the F-16s were inspected with absolute success, giving the impetus for the smooth continuation of the work and the upgrade of the rest of the Air Force aircraft.

The flight of the upgraded Viper F-16 was supported by a Hellenic Air Force chase aircraft and lasted about an hour. It took off at 11:00 am, performed a local flight, and landed at 11:58 am, after performing a series of scheduled tests and thorough checks. The tests were carried out to confirm the safety and reliability of the design as well as the functionality of the installed equipment.

After the successful tests, the CEO of HAI, Mr. D. Papakostas, said: “We are absolutely happy with the progress that is being made, as everything is according to schedule.

The Company serves the Hellenic Air Force fleet upgrade program, indicating consistency, dedication to the outcome, with a focus on organization and perfect strategic planning, always in good cooperation with the manufacturer Lockheed Martin and the Air Force, the largest source of know-how in the country, with an absolute commitment to our national Defence and Security.”

Absolutely satisfied with the success of the operations, the Director of Greek Operations of Lockheed Martin Aero (LMA) at the Hellenic Aerospace Industry, Mr. Charles Akers, said: “I witnessed the greatness of the Viper team today, as they prepared and executed perfectly the first flight of a kit proof jet WJ:06.

The LMA and HAI teams had an excellent collaboration with the LMA pilot and the support team, who designed and executed it flawlessly. I was part of it and I am grateful to have witnessed this outstanding performance.”