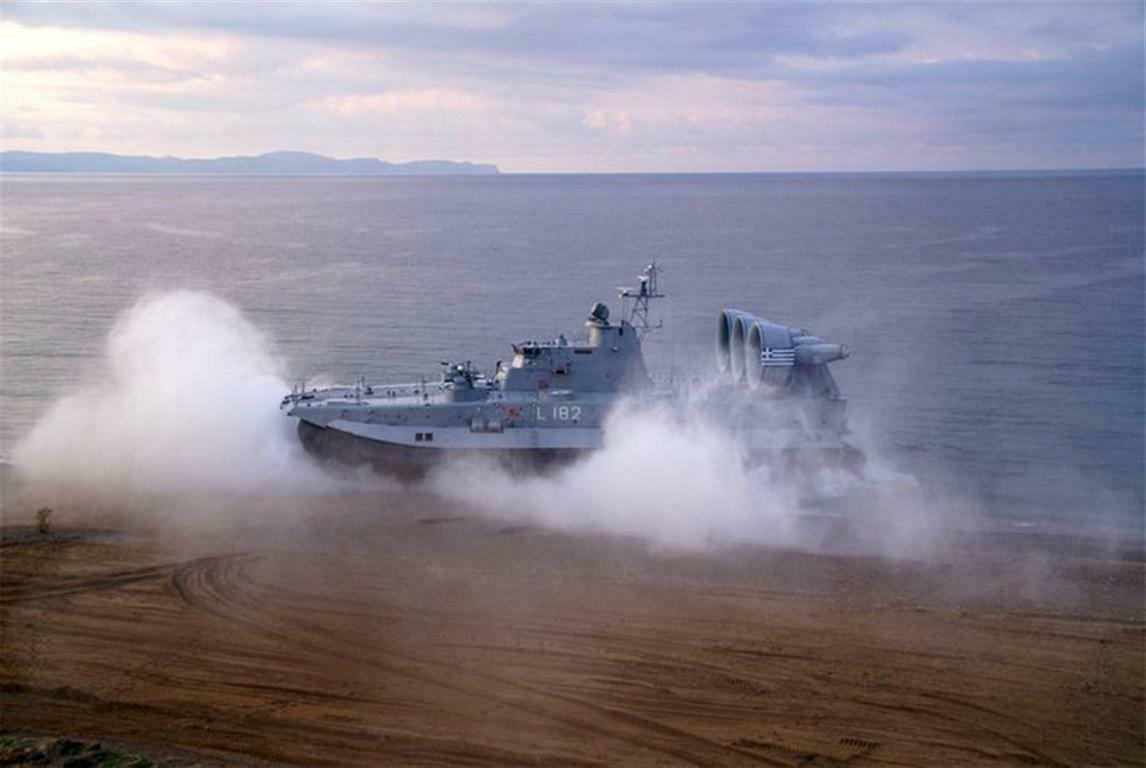 The camera of the broadcast “With Virtue and Courage” was found on one of the three Αir-Cushioned Landing Crafts (ZUBR) ships owned by the Navy.

ACLC KERKYRA is the fourth ACLC received by the Navy. She is of Russian origin and designed according to the program 12322. Her construction began in 2003 at the shipyard of the company ALMAZ in St. Petersburg and was launched on 25-6-2004. Her arrival in Greece took place on 22-12-2004. Her accession to the Navy as well as the raising of the Flag took place on 4-1-2005 with Lieutenant Commander H. KOUPLAKI.