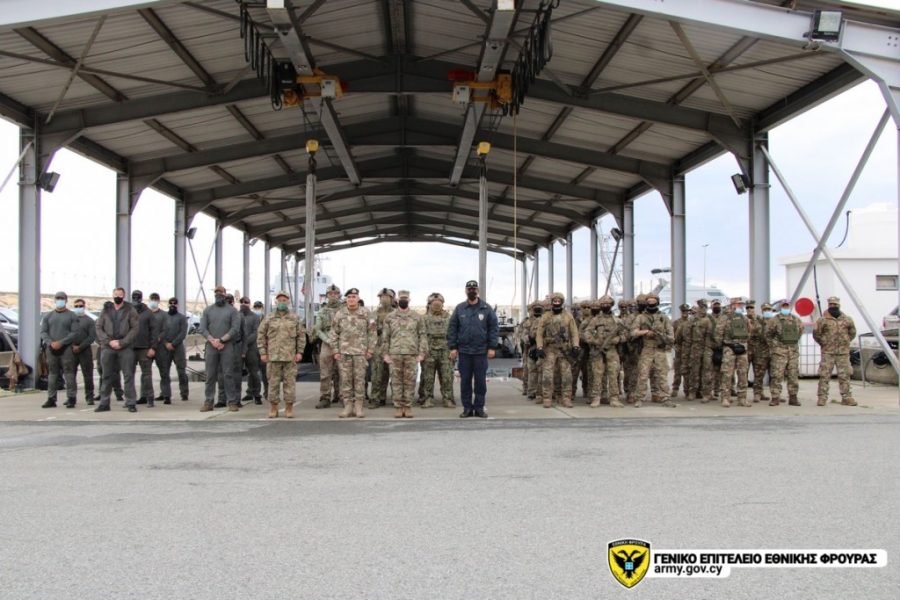 The Cyprus-US defence cooperation is strengthened with another joint training of the Underwater Demolition Team with the US Navy Seals of the Special Operations Command Europe.

The Chief of the National Guard, Lieutenant General Democritus Zervakis, visited the Naval Base where he noted the constructive cooperation between the participants and congratulated the Special Operations Team as well as the crews of Fast Boats on the effort they put to complete the required training.

This training is part of the ongoing bilateral cooperation that began in September 2021 and will continue throughout the year, focusing on the development of interoperability between the Special Operations Team and the Marine Units between the US and the Republic of Cyprus. The training has significantly contributed to the increase of the operational capabilities of the National Guard, while maintaining the strong relationship between the Armed Forces of the two countries.