ARMAMENTS
THEON SENSORS – GIZELIS ROBOTICS cooperation on the development of robotic technology in Greece
Defence Redefined
Published on 25/10/2022 at 16:30 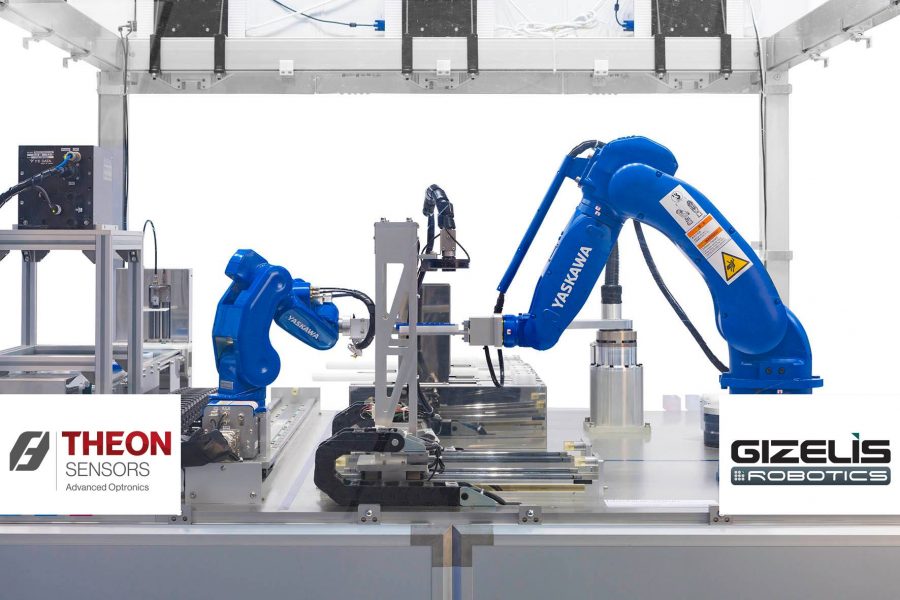 The cooperation between the Greek companies THEON SENSORS and GIZELIS ROBOTICS in the field of modern robotic technology has been announced.

In its announcement, THEON SENSORS states that the Robotic Lens Assembly System has been integrated into its production, which offers uninterrupted production, absolute precision, stability, reliability, flexibility, reduction of workload, energy efficiency, increasing productivity, but also flexibility and potential to the production process. Applying the latest automation technology, an innovative combination of sensors, cameras, robotic arms and data interact with the environment and people, assembling night vision lenses.

As far as is known, it is the first time internationally that a company in this field introduces a robotics system into its production. This development, which is the first step in the company’s robotic automation process, comes as a continuation of the intensive digitization program of its production processes, combined with the systematic training of its personnel at multiple levels.

Mr. Christian Hatziminas, Chairman of EFA GROUP, noted: “This strategic investment in modern cutting-edge technologies is now a necessary condition for the transition of an industry to digital automation and the 4th industrial revolution. This investment is also important for another reason, because a Greek company, an international pioneer in night vision systems with exports to more than 60 countries, has shown trust in another Greek company, Gizelis Robotics, an innovator in robotics systems and automation applications, with software and hardware developed by the same and export activity in over 55 countries around the world.”