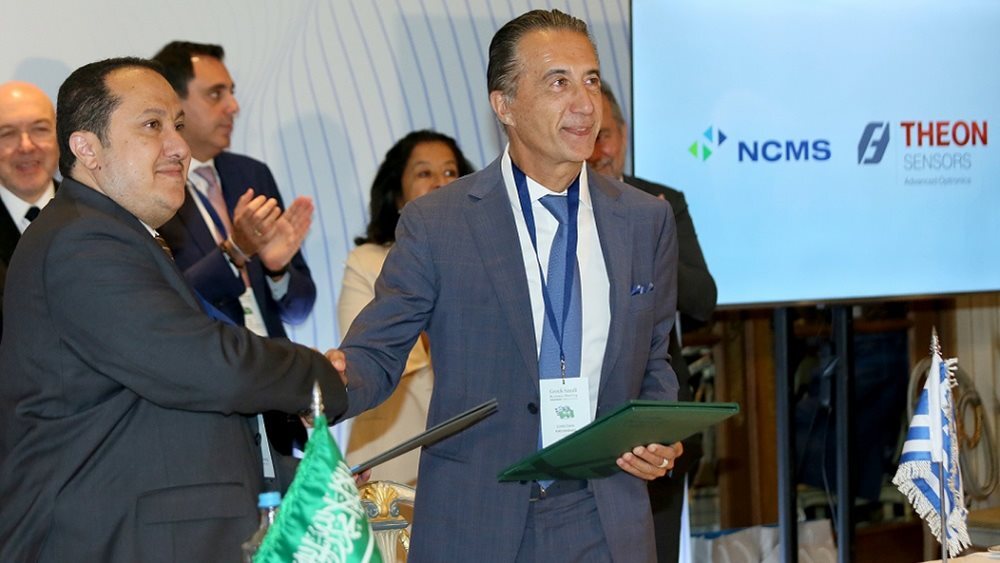 A cooperation agreement between the Greek night vision and thermal imaging systems company THEON SENSORS SA and the Saudi Arabian company National Company for Mechanical Systems (NCMS) for the joint production of the Mikron night vision binoculars was signed in within the framework of the official visit made to Greece by the Crown Prince of Saudi Arabia, Mohammed Bin Salman.

According to the company, the two companies have undertaken 2 first orders, which are expected to reach €80 million within the next 4 years, with the production of binoculars starting in late 2022.

The presence of THEON SENSORS in the region already counts 2 years through the establishment of a new subsidiary company, THEON SAUDI ARABIA, based in Saudi Arabia, for the promotion, production, and development of existing and new products of night vision and thermal imaging systems, with an emphasis on the development of applications of larger electro-optical and thermal systems for platforms and vehicles.

“Today’s new agreement with the Saudi company NCMS, which is the only defence-related corporate agreement signed today between Greece and Saudi Arabia, confirms the strategic nature of the relations between the two countries as well as the strong demand and increased needs for night vision and thermal imaging systems of the Hellenic Armed Forces and the Security Forces of Saudi Arabia.

After 2 years of our presence in Saudi Arabia, the company is moving into the 2nd phase and through the transfer and exchange of know-how it is strengthening and deepening its capabilities in the field of optical-electronic science and creating advanced products, further strengthening its presence in the wider region,” said Christian Hatziminas, President of THEON SENSORS and EFA GROUP.