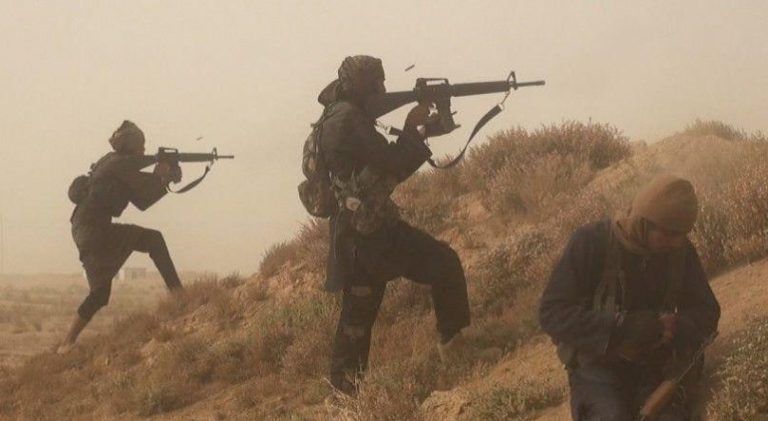 Seven pro-government paramilitaries were killed yesterday in eastern Syria in clashes with Islamic State (ISIS) jihadists, according to the Syrian Observatory for Human Rights.

“Seven members of the National Defence Forces, a pro-regime paramilitary group, were killed in clashes with ISIS members in Deir Ezzor province, the NGO said, while several other paramilitaries were injured. The attack took place while paramilitaries were conducting an operation to locate jihadist hideouts, the Syrian Observatory for Human Rights said.

Last Sunday, fifteen people, mostly soldiers, were killed in an ISIS ambush in the Hama province, according to the NGO. On December 30, at least 37 soldiers were killed in a bus ambush by ISIS in Deir Ezzor province.

ISIS has occupied many areas of Syrian and Iraqi territory since 2014 and the province, which is largely deserted and adjacent to Iraq, was among its strongholds. Despite being devastated in March 2019, when its “caliphate” collapsed, ISIS continues to carry out deadly attacks, especially in Badiya, the vast desert that stretches from the central province of Homs to Deir Ezor.

Since March 2019, at least 1,300 Syrian military, paramilitaries and foreign paramilitaries have been killed in clashes in Iran, as well as 600 ISIS jihadists, according to the Syrian Observatory for Human Rights. Since 2011, the war in Syria has claimed the lives of more than 387,000 people, including 117,000 civilians, and turned more than half the country’s population into displaced persons and refugees.