Sotiris Ioannou | Why we say NO to the Bizonal, Bicommunal Federation
Defence Redefined
Published on 02/01/2021 at 18:45 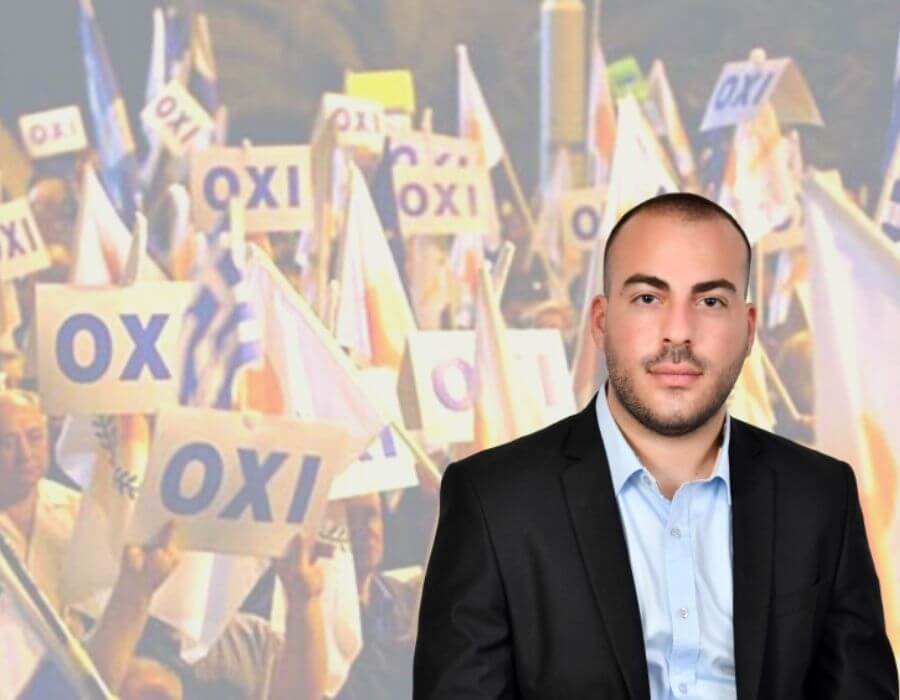 The Bizonal, Bicommunal Federation is the basis of the solution that the political leadership of Cyprus has been negotiating for the last decades. However, the Hellenism of Cyprus was never directly asked if it agreed with this basis. The only time the island’s citizens went to the polls for the Cyprus issue was in 2004, when the Annan Plan was rejected by 76% of the Greek-Cypriots.

One of the reasons for the establishment of ELAM was precisely its opposition to the Bizonal, Bicommunal Federation. Until then, no political party had clearly expressed its position against this form of solution.

But what does Bizonal, Bicommunal Federation mean? What will the consequences for the Republic of Cyprus and its citizens be? Why do those who oppose this solution consider that it will lead to the Turkification of the island?

Let us look at the most important points that make this solution unsustainable, unrealistic and inapplicable for the case of Cyprus.

The Bizonal, Bicommunal Federation is a political system that has not been implemented anywhere in the world except in Bosnia and Herzegovina, with the known results.

It separates citizens on the basis of their religious and ethnic origin. Why is a legal citizen of a State not entitled to have political rights and the right to settle or reside in a part of their country, simply because of their national origin?

The vote of 4 Greek-Cypriots is equivalent to the vote of 1 Turkish-Cypriot. Political equality provides for a weighted vote, something that abolishes any “one man = one vote” principle.

The rotating Presidency and the existence of two politically equal states equates 82% of the population with 18%, who will now have the constitutionally guaranteed provision for the election of the President of the Federal State.

It gives the right to the minority of Turkish-Cypriots to block any decision even if it is a decision of the majority of any state body. In other words, its Constitution requires separate majorities.

The Bizonal, Bicommunal Federation legitimizes the invasion of 1974, the decades-long occupation and the crimes Turkey committed. Negotiations to date have been based on the continuation of Turkey’s presence in Cyprus, occupying territories it gained through military force.

The provisions of the Bizonal, Bicommunal Federation will lead Cyprus into a new cycle of blood and violence. Its divisive characteristics will induce polarization, competition and rivalry between the regions that make up the State. I remind you that the Turkish coup of 1963 was based on the federal characteristics of the then newly established Republic of Cyprus.

For all the above reasons, ELAM believes that the only fair and sustainable solution to the Cyprus problem is the Integrated State.

Any attempt to resolve the Cyprus issue on the basis of federal characteristics will have tragic consequences for the Cypriot Hellenism and in the long run it will lead to the complete Turkification of our island.