“Soldier Girls” in Cyprus by THT | The suspense peaks shortly before the end of the series
Defence Redefined
Published on 17/05/2020 at 10:01 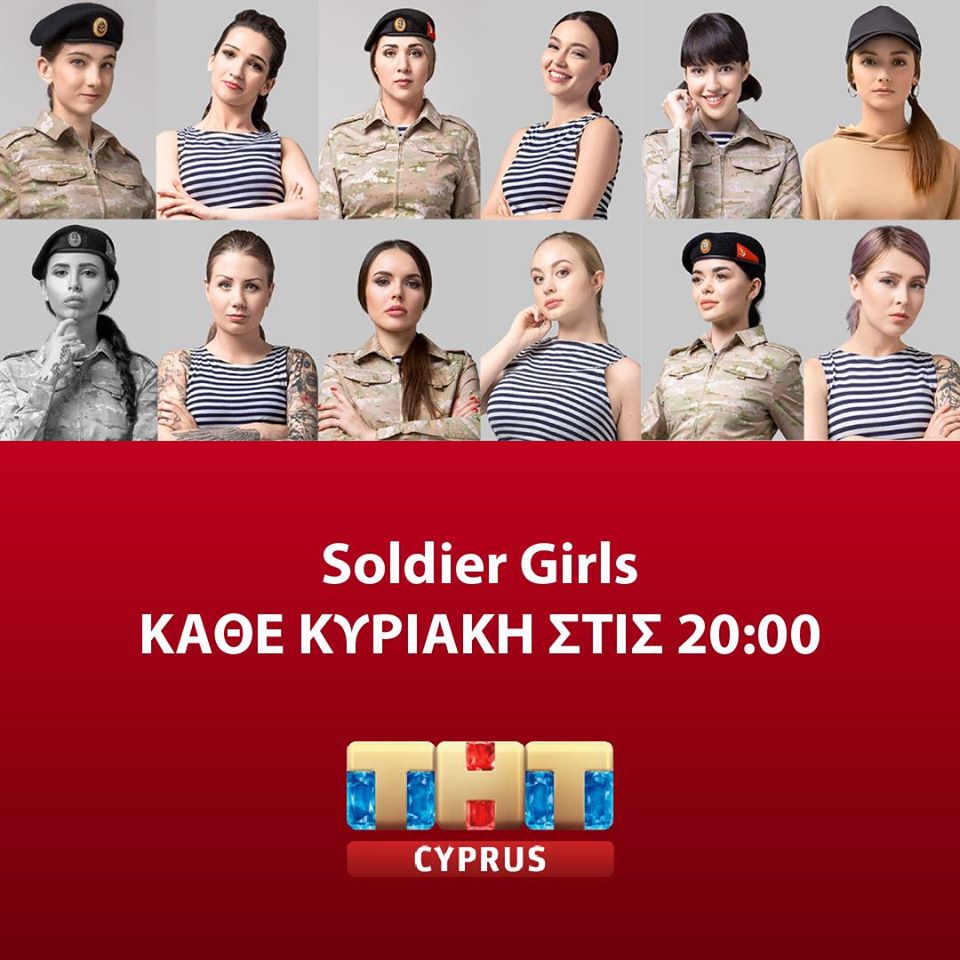 The TV channel THT, in collaboration with the Russian Ministry of Defence, launched on March 29, a unique show, “Soldier Girls”. This is essentially the first reality show with women who have tried to have a real experience in the Russian army.

Twelve women were found living in a real Russian army unit to face and overcome unprecedented challenges for them, learning the military life in order to become a real group.

“Soldier Girls” is not another ordinary “reality show”. It is the first show to be filmed in a real camp, commanded by Marine’s Captain Kazakov. Life in the barracks, the exercises and the daily routine of the participants unfold before the eyes of viewers without censorship.

According to Sergey Kuvaev, author and creative producer of the series “The girls had a mismatch between reality and expectations: they did not fully understand where they were, whether in a reality show or in the army. The drama of “Soldier Girls” is based on human relationships. Classes, conditions and trials of girls are not the plot engine. They exist only as a background. This makes the project lively and interesting. ”

Natalia Vagonova, creative producer of the series, states among other things, that “Soldier Girls” is a “special show containing elements of both reality and serial drama. The plot of each series is built around individual heroines so that the viewer sees how the girls are changing, how they react to many restrictions, physical training and activities. Girls will be trained to work with small arms, grenade launchers, to operate an Armoured Vanguard Vehicle and throw combat grenades. Clash of temperaments, ambitions, types, characters and genuine emotions – there is no script in “Soldier Girls”, fictitious trials or provocations for the amusement of the audience. All that happens is living reality.”

On Sunday, May 31, the show comes to an end and the anxiety peaks as in today’s episode (Sunday, May 17) the viewers will see an unexpected turn. The girls are ready to do anything to maintain their positions, but they have to go through hard tests against one another.

It is different since it is the first and only TV channel in Cyprus that targets and addresses both the Cypriot television audience, since it broadcasts daily with Greek subtitles, from 10 in the morning until 12 at night, as well as the approximately 90,000 Russian-speaking residents and the many Russian tourists flooding Cyprus every year.