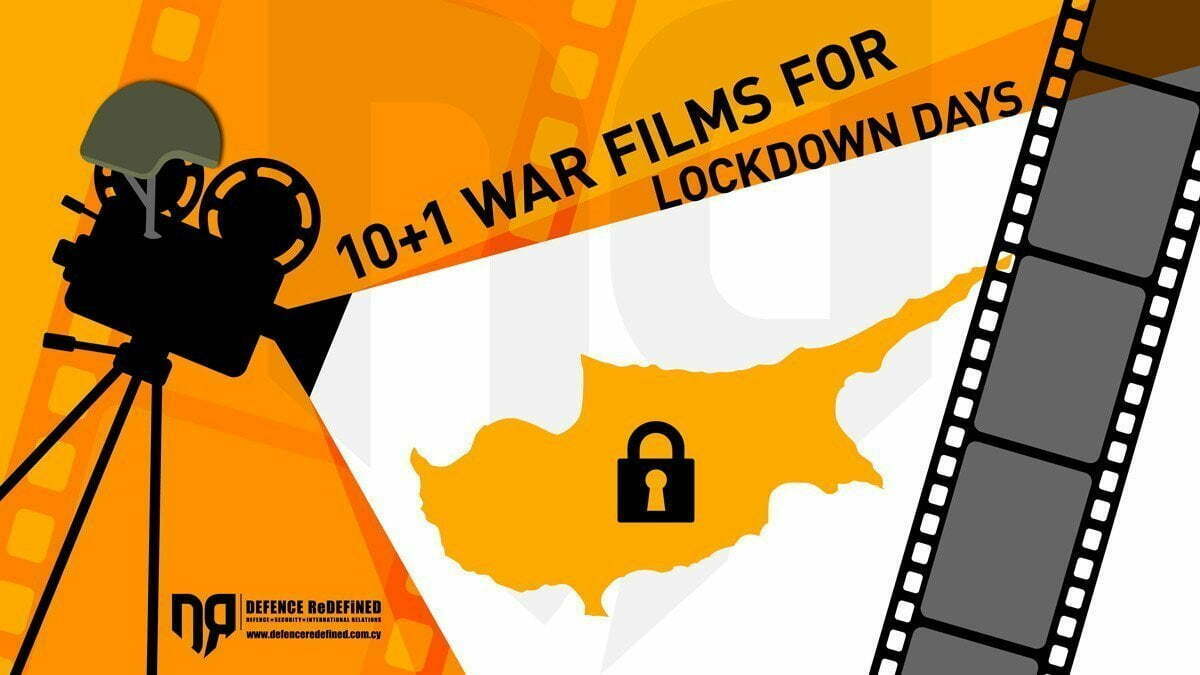 The lockdown days we are experiencing due to the coronavirus may end soon. Until then and since you have tried almost everything to keep yourselves busy at home, we suggest you watch some quality movies that marked the cinema either because of the performance of their actors, the use of special effects and production quality or for their script and the events they narrate.

Fans of the war-drama genre have the opportunity – and the time – to watch 10 + 1 movies that we recommend among a number of quality movies of this category and which, in our opinion, are of particular interest. In addition, another criterion for watching these movies is whether they are available for viewing through various online and other platforms.

Here are the 10 + 1 war movies we recommend in random order:

Saving Private Ryan, starring Tom Hanks, is a 1998 film. The film depicts the landing in Normandy during World War II. It is best known for its first 24 minutes, when the landing takes place at Omaha Beach on June 6, 1944.

This scene became known for its picturesqueness and violence and has been described as one of the best depictions of battle scenes of all time. It cost $11 million just to shoot this scene.

The film is available on Amazon Prime and Netflix.

In 1993, a U.S. Marine mission in Mogadishu, Somalia, aiming to capture a warlord, turned into a massacre that killed 18 American soldiers and downed two Black Hawk helicopters. The film dramatically captures the difficulties and dangers of the battle within residential areas.

The film is available on Amazon Prime and Netflix.

07 December 1941. The sudden attack from the Japanese Navy Air Force planes at the US naval base in Pearl Harbor, Hawaii and the disaster that followed pushes two friends to lead a battle against the Japanese but also fight for the same woman.

Dynamic adventure with lots of special effects and bombing scenes that make the unsuspecting viewer freeze. With the performances of Ben Affleck, Josh Hartnett, Kate Beckinsale and other top performers, the film is full of suspense.

The film won 13 awards and 1 Oscar for best sound editing and can be enjoyed on Amazon Prime.

In April 1945, while the Allies were arriving in Germany, the dead shooter of an American tank was replaced by a smokeless young scribe who would experience the horror of war in the most direct way.

The film used real antique armor. From the very beginning, it conveys the wild reality of World War II to the viewer by placing him in the claustrophobic environment of a tank, where 5 people share the few square meters of its interior and the desire to come out alive from a nightmare.

The film was nominated for awards 23 times, winning 5 of them. With performances by Brad Pitt, Shia LaBeouf, Jon Bernthal and Michael Peña.

Fury is available on Netflix.

The true story of Desmond Dos, a devout Christian who volunteered for the US military but refused to take up arms, fought in Okinawa and became the first conscientious objector honored with the Medal of Honor.

The film captures wild scenes of violence and brutality about what is happening on the battlefield in Okinawa. The film swept the awards, winning 114 times and 51 awards, 2 of which are Oscars for best film editing and best sound editing.

The film features a rich cast of actors with Andrew Garfield and Richard Pyros giving an impeccable performance on the battlefield.

Hacksaw Ridge is available for payment on YouTube, Vudu or FandangoNow.

During the Battle of France, Allied forces are stranded in Dunkirk. The British soldiers are trying to escape, while the German Air Force is attacking them.

The course of events does not follow a straight line in the film, as a result of which the fields where the war took place are united in a common present series of events of three different moments, which took place on earth, sky and sea.

Christopher Nolan’s work was nominated for 229 awards, and won 67. Among them are 3 Oscars for Best Editing, Best Sound and Best Sound Editing.

At the time of the Vietnam War, Chris Taylor, a young man, volunteered for the war without any idea of ​​the difficulties he would face. In Chris’s camp, there are two “opposing” sides of American troops controlled by the Barns and Elijah armies.

Chris not only has to endure the war, but also choose which of the two sergeants he will follow in terms of their perceptions.

You can enjoy the movie on Amazon Prime, HBO Go or on the platform Hulu.

An American nuclear submarine erupts in revolt against the master who wants to start a nuclear war without confirming some ambiguous orders.

Does the film create tension through the nuclear holocaust dilemma or prudent crisis management? It is precisely this issue that will top the action and while the crew will be forced to choose a camp, friendships will play a secondary role, one insurgency will succeed another and the destruction or not of humanity will depend on the ability of these people to impose their will on others.

The Music Composer of the film, Hans Zimmer, won a Grammy award for the film’s main theme.

The film is available on Amazon Prime and Youtube for a fee.

The film is based on real events and tells the story of the siege of Jadotville in Congo which took place in 1961.

A battalion of 150 Irish soldiers, serving under the United Nations flag and led by Patrick Quinlan (Jamie Dornan, best known for his starring role in Fifty Shades of Gray), is being held in solitary confinement by 3,000 Congolese soldiers under French control and guidance and Belgian mercenaries working for the interests of mining companies in the Jadotville area, rich in deposits.

The battle is unequal, but the resistance is brave. Through the film, the value of the right defence preparation is highlighted, even with minimum resources. The film was nominated 4 times and won 4 awards (Best Supporting Actor, Best Director, Best Visual Effects and Best Actor in a Supporting Role).

The film is an original Netflix production and is only available on this platform.

The film follows a U.S. Marine squad through their training and the squadron’s two marine experiences in the Tet operation during the Vietnam War.

The film presents the systematic dehumanization of the Marines through hard training, until they are thrown into war.

However monstrous this military mechanism may be, it does not cease to have a strange charm: war, violence, the army seem to move in a choreography that captivates everyone in its vortex.

The film was nominated 14 times and won 8 awards, including an Oscar for best screenplay based on another medium. You can enjoy the movie on Netflix or by purchasing it from Google Play.

Historical Greek movie of 2016 directed and written by Vassilis Tsikaras. It is the first, after 46 years, Greek film production on the subject of the Greek Revolution and is based on events related to the siege and the Exodus of Messolonghi. The film is an independent production and has not received any support from government agencies.

The film was also shown in cinemas abroad and in total sold 50,000 tickets in Greece and abroad. It has been described by the Greek Ministry of Education and the Institute of Educational Policy as “high quality” in terms of historical, cultural and educational integrity.

You can enjoy the movie for free on Youtube on the Aratos Film channel.