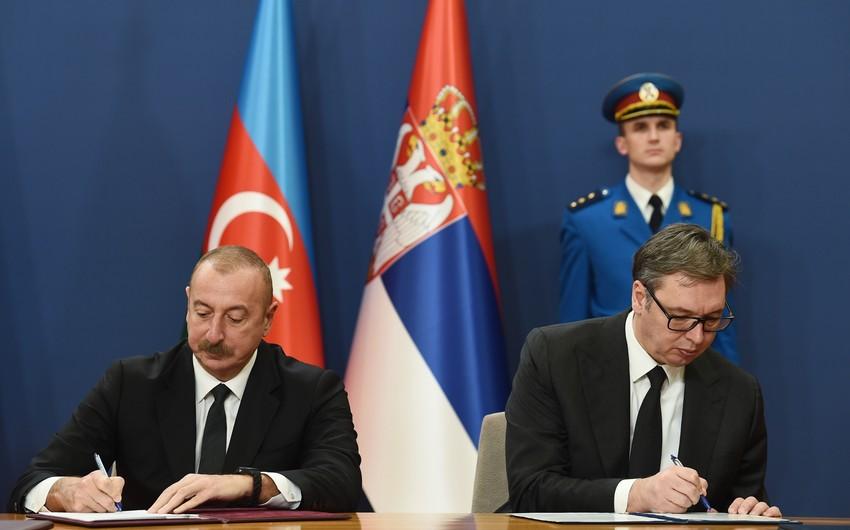 Serbia and Azerbaijan signed on Wednesday seven bilateral agreements, including a Memorandum of Understanding (MoU) on the incorporation of a Strategic Partnership Council.

This took place during the visit of the President of Azerbaijan, Ilham Aliyev, to the Serbian capital, Belgrade, where he was received during an official ceremony. Aliyev and his Serbian counterpart, Aleksandar Vucic, had an extended meeting before signing the agreements.

Speaking at a press conference after their meeting, the two Presidents said that the countries support each other in the international arena.

The President of Azerbaijan said that there are many opportunities for cooperation in the fields of natural gas and energy, while Vucic, for his part, said that the agreements raised the relations between the two countries to a new level.

It is also announced that the Serbian President will eventually pay an unofficial visit to Azerbaijan to continue discussions with Aliyev on energy cooperation.

Previously, he expressed his desire to discuss connecting Serbia with the Trans-Adriatic Pipeline (TAP) or the Trans-Anatolian Natural Gas Pipeline (TANAP).