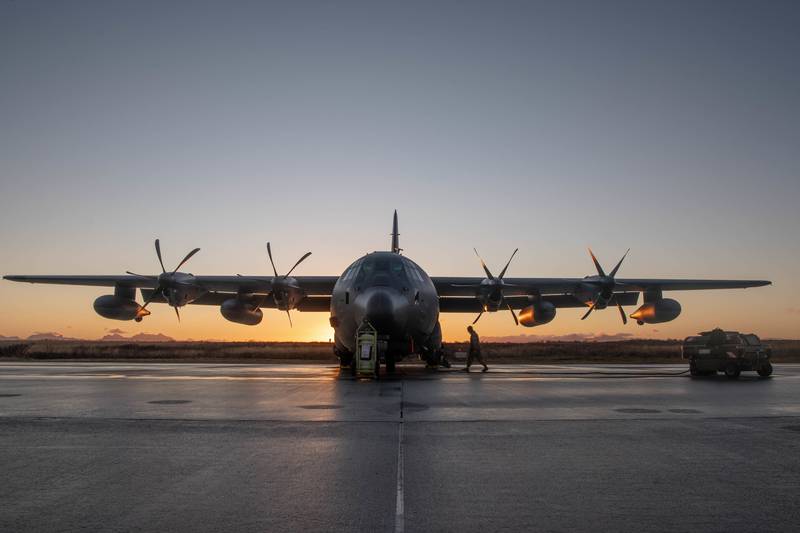 The US Air Force has used its Rapid Dragon system for the first time during an overseas test. The said system launches cruise missiles on pallets from the back of a transport aircraft.

An MC-130J Commando II combat transport aircraft launched a Joint Air-to-Surface Standoff Missile-Extended Range (JASSM-ER) cruise missile using the system “bomb bay in a box” in a range over the Norwegian Sea, according to the US Air Force Research Laboratory.

According to officials, the successful test shows how quickly the program is progressing, noting that it moved from a concept on paper to a live-fire test in just two years. 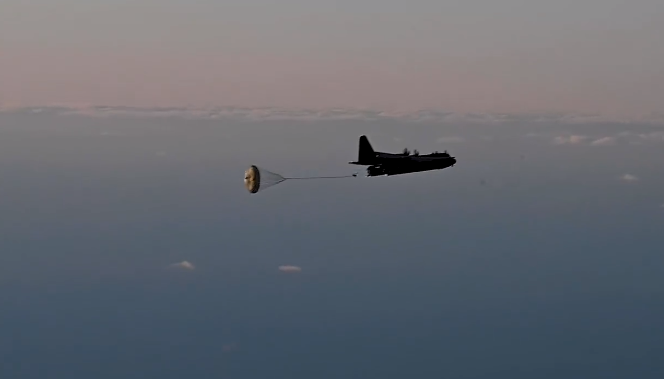 The test process at Norway’s Andøya Space Defense Range shows a parachute attached to the Rapid Dragon deployment box being tossed from the open cargo bay of the MC-130, which then unfurls and swiftly pulls the pallet out of the aircraft.

Afterwards, the system in question sheds its deployment parachute and deploys a quartet of other parachutes that steady it. When the deployment box is vertical, it releases a JASSM-ER missile downward. Within seconds, the missile’s wings and tail open, and its engine is activated. 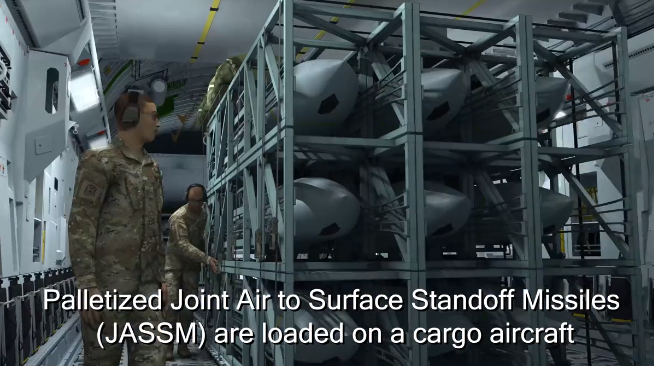 Here's a computer animation to help showcase how the palletized Joint Air to Surface Standoff Missile (JASSM) is loaded and employed after the first live fire test in the European theater as part of exercise #ATREUS pic.twitter.com/FrwjDVjN21

Another video of the test posted by the Pentagon depicted the cruise missile travelling over the sea for about 2 minutes before detonating. 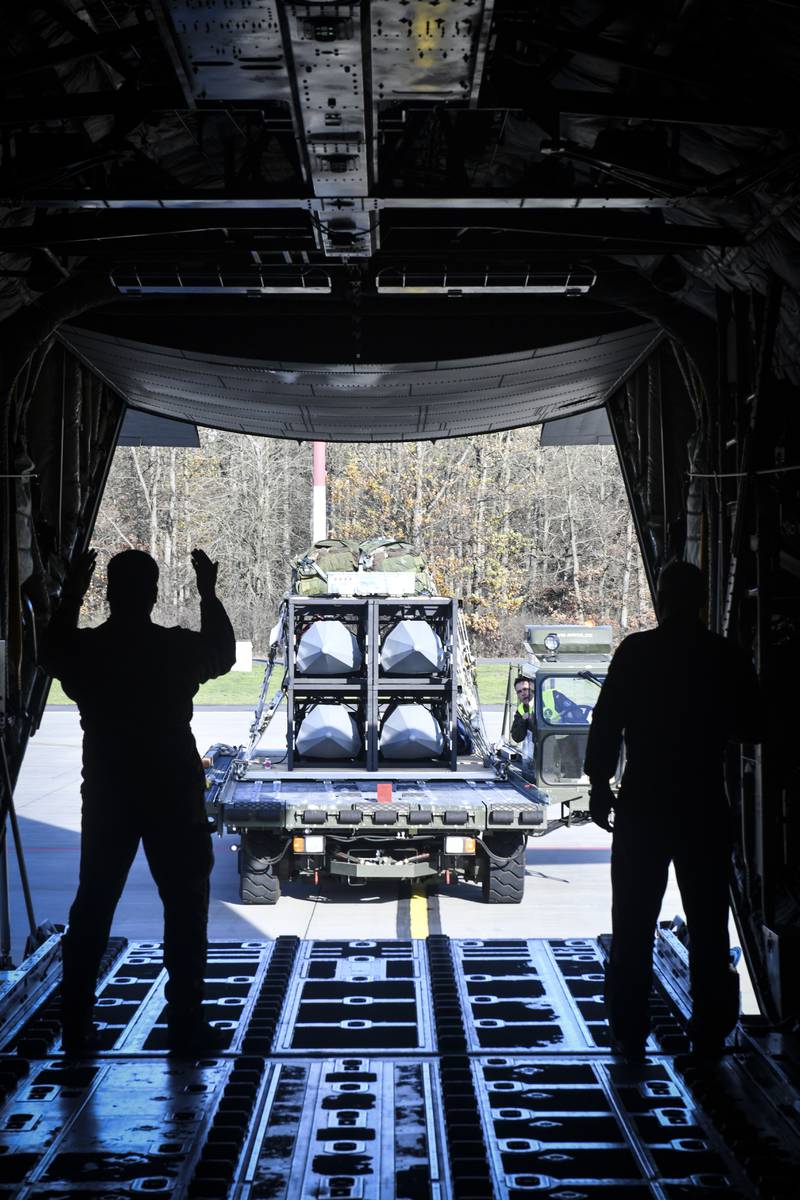 Additional photographs posted by the US Air Force showed American and Polish airmen training to load palletized munitions procedures onto a Polish C-130 in Powidz, Poland.

The lab said the program has so far focused on kinetic munitions, but is now turning its attention to adding “palletized effects”. Those effects include intelligence, surveillance and reconnaissance platforms, cargo resupply, and humanitarian aid delivery, the release said.

The Air Force hopes this concept will allow the US and its allies to turn cargo aircraft into heavily armed bombers that can engage enemies at a safe distance.

The lab said this test took place as part of the Atreus-type exercises of the US Special Operations Command, Europe (SOCEUR) which aims to conduct training activities in order to enhance capabilities in Europe. 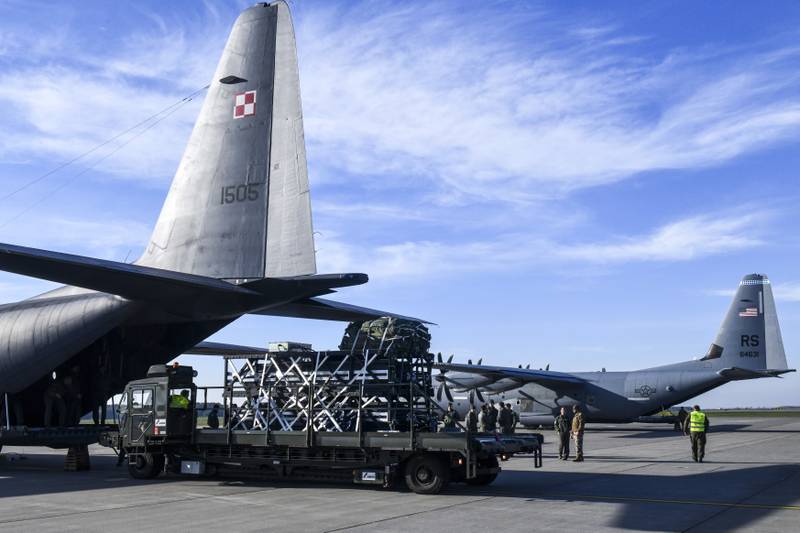 This test was the seventh Atreus exercise, and in addition to Norway, it also included allies from the United Kingdom, Poland, and Romania. Previous Atreus training focused on using the High Mobility Artillery Rocket System along with allies from Romania, the UK, Sweden, and Latvia.

A few days ago, SOCEUR announced that the test was not aimed at provoking Russia nor any other country.

The Rapid Dragon can provide fast and timely air support to any ally because it is portable and can be quickly transported by transport aircraft. The missile system can be equipped with up to 45 missiles and any Western-designed cruise missile. Also, the missile’s course can be changed in flight. Once fired, the Rapid Dragon can release all missiles at once or in sequence.