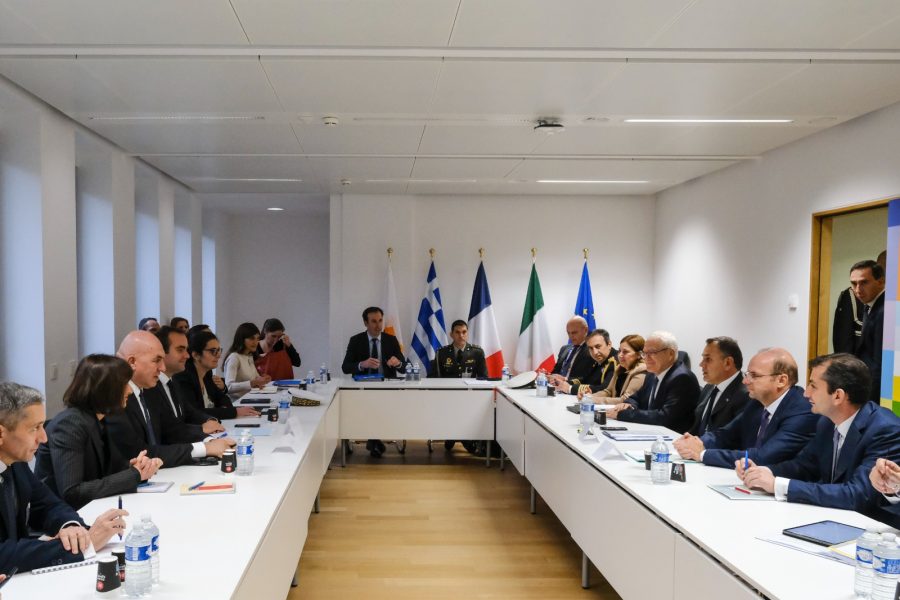 A meeting was held between the Defence Ministers of Greece, Cyprus, France and Italy within the framework of the EU Foreign Affairs Council in Brussels. 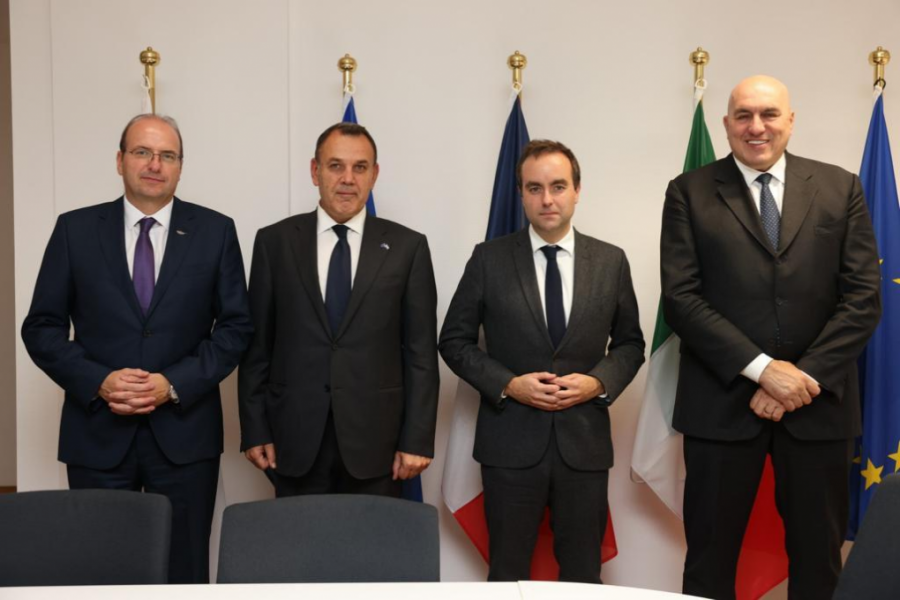 At the Quadripartite Meeting of the Defence Ministers of Greece, Mr. Nikolaos Panagiotopoulos, of Cyprus, Mr. Charalambos Petridis, of France, Mr. Sebastien Lécornu, and of Italy, Mr. Guido Crosetto, the results of the recently held annual quadrilateral aeronautical exercise “EUNOMIA 3-22” were presented. Furthermore, as reported by the Ministry of Foreign Affairs, the potential strengthening of the Quadripartite was discussed, taking into account the need for coordination and cooperation so as to counter threats and challenges in the Eastern Mediterranean region and respect for International Law and the United Nations Convention on Law of the Sea (UNCLOS).

In his statements, the Defence Minister of the Republic of Cyprus said that joint work is being done to promote, within the EU, issues related to Mediterranean security whose importance is highlighted. He also mentioned that ways of further strengthening and deepening the cooperation were discussed, while he emphasized the readiness of the Republic of Cyprus to provide facilities in order to ensure a pronounced presence in the region.

The quadripartite scheme consolidates the naval presence of these countries in the Eastern Mediterranean region, while it remains to be seen whether it will be strengthened with individual bilateral agreements.