Libya | Eyes on Syrte and Al Joufra – The warring parties, diplomacy and much more on the interactive map (VIDEOS-PHOTOS)
Defence Redefined
Published on 17/06/2020 at 17:30 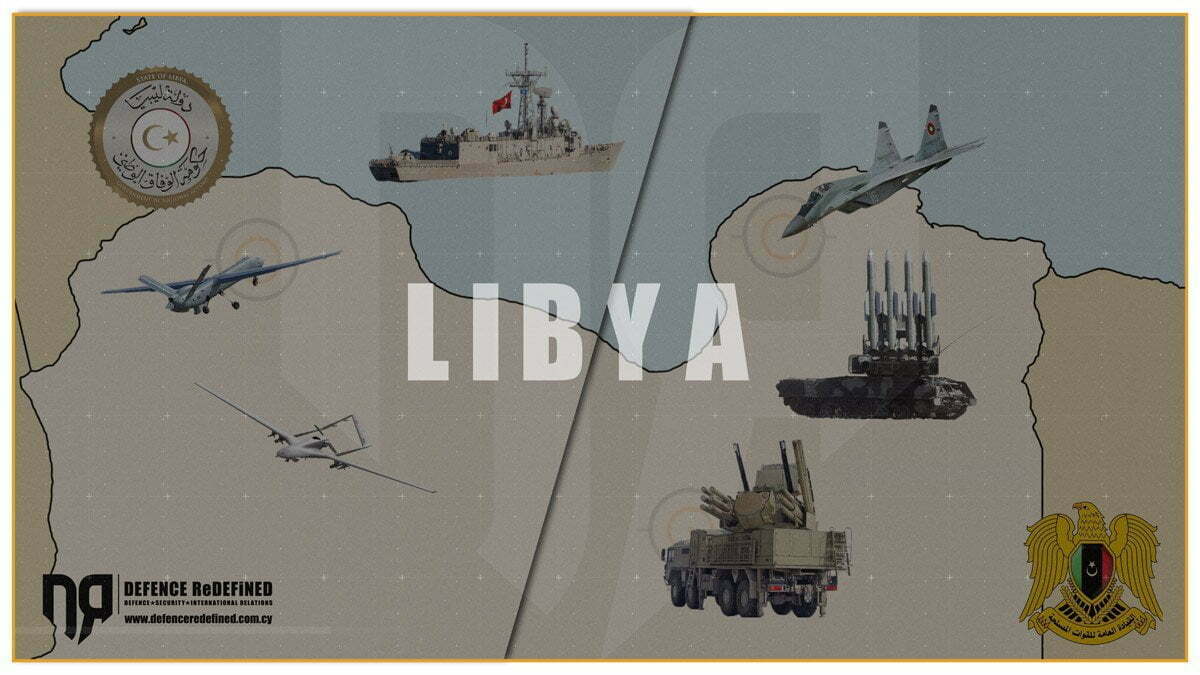 The theater of operations in Libya is being moved to the coastal city of Sirte and the city of Al-Jufra, where the two warring parties, the Government of National Accord (GNA) and the National Libyan Army (LNA), of the self-proclaimed General Khalifa Haftar, are concentrating their forces.

As everything shows, a tough battle will be fought in these two areas, since both points are of the highest strategic importance. The two central Libyan cities are key to controlling huge natural oil fields and the entire Libya.

The LNA forces, which control the two cities, are being called upon to defend them after the devastating defeats in Western Libya that led to the collapse of the entire western front.

In contrast, GNA-backed Turkish forces, wanting to take advantage of the LNA’s erratic retreat, will try to take control of the two cities, which will pave the way for control of the entire country.

Last week, GNA forces attempted to enter Sirte, but the LNA air superiority inflicted heavy casualties on Tripoli government forces, causing them to retreat 90 kilometers west of Syrte. Also, unconfirmed reports (by international media) say that the LNA recently hit a convoy of GNA forces with MiG-29 aircraft on June 6. These aircraft had arrived in Libya on 19 of May provoking the reaction of the United States through announcements on social media regarding thoughts of limiting Russian influence in the long-suffering country.

LNA’s Russian Mig-29 fighter on Sirte skies.
If GNA wants to capture Sirte city, they must gain air superiority again. Especially now, due to having to deal with LNA’s full force in addition to the Russian Wagner Mercenaries defending Sirte. #Libya #ليبيا pic.twitter.com/hlQ2CNeUSf

Read also: Libya | The LNA is retreating, complete occupation of Tripoli by the GNA

With the support and guidance of Turkey, GNA forces, according to information transmitted by Al Jazeera, claim that they have developed anti-aircraft defence systems (reports on MIM-23 Hawk anti-aircraft systems) and are working to develop their air capabilities in central Libya.

So far, the LNA maintains air superiority in central Libya on the outskirts of the cities of Sirte and al-Jufra, which, as mentioned above, are key to controlling huge oil reserves, as you will see in our interactive map. In addition, it has Pantsir S1E and Buk (M1-2 or M2) air defence systems.

In the diplomatic field, the cancellation of the visit of the two Russian ministers Lavrov (Foreign Affairs) and Soygu (Defence) in Istanbul, proves that there are serious disagreements.

According to journalist Maria Zaharaki, in an article on Ethnos.gr, the Turkish pro-government newspaper “Yeni Safak” leaked that the reason for the disagreement arose on Saturday, when the Russian delegation arrived in Istanbul and presented Moscow’s proposals for the truce to the government. Russia’s proposal for a truce, however, was considered unacceptable by Turkey. In addition, the Turks believe that the Russians submitted the same proposal as that of the Cairo Declaration, which supported Haftar.

It is recalled that Egypt’s mediation proposal on June 6, 2020 was rejected by Turkey, which considers the Egyptian government hostile after the overthrow in 2013 of then-Egyptian President Mohamed Morsi and the takeover of power by Abdel Fattah al-Sih.

However, according to analyst Giannis Ioannou of Geopoliticalcyprus.org, the fall of LNA, which brought eastern Libya back to the pre-April 4, 2019 status (long before the Turkish-Libyan memorandum and the dynamic Turkish intervention), may become a valuable diplomatic tool for Egypt in order to reach one of the three directions:

Apart from the above, there are strong disagreements within the two warring parties.

Haftar is trying to reorganize his forces after the negative results of the last few weeks, as well as the problematic, as reported by sources, relationship with the “mercenaries” of Wagner. The latter are said to remain in Libya and specifically in Syrte.

As for the government of National Accord, disagreements arose between Saratz and Deputy Prime Minister Abdulsalam Kajmaan, who called on Libyan authorities to disregard all government decisions and orders, exposing it to financial and administrative irregularities.

The next few days are reserved for developments and the DEFENCE ReDEFiNED team will inform you objectively and in a timely manner about them.