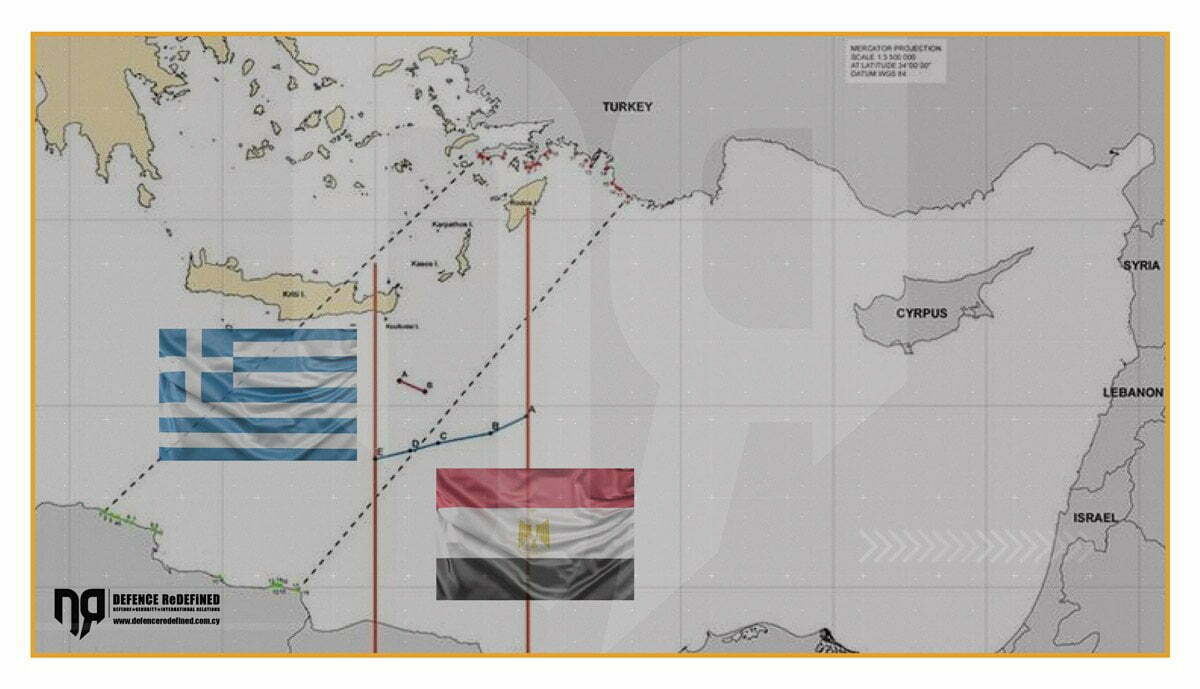 It is indisputable that the Greece-Egypt EEZ delimitation agreement has several political and legal implications. Although it is a political response to Turkey’s latest actions, namely the conclusion of the Turkey-Libya delimitation agreement, it should not escape notice that it is a legal text that entails binding legal consequences and may have an impact on Greece’s argumentation in future delimitations.

Having said that, it is submitted that the Agreement has seriously undermined Greece’s traditional argument that delimitation should be effected on the basis of the median line and that islands should be given full effect in delimitation.

Furthermore, it is pointed out that the Agreement does not prejudice the potential of Greece and Cyprus to conclude a maritime delimitation agreement between them. It is established, however, that the spirit of the Agreement denigrates the argument that Kastellorizo ​​and other small islands can have full effect in the delimitation and thus it is deemed more challenging to support the Greek and Cypriot maritime zones may abut. In other words, although it remains legally possible to conclude a Greece-Cyprus delimitation agreement, nevertheless the agreement in question reinforces Turkey’s arguments about partial sovereign rights of the islands.

In addition, the Agreement cannot “annul” the Turkish-Libyan maritime delimitation agreement, as this possibility is provided exclusively to the Parties to that arrangement. Therefore, albeit the conclusion of the Agreement may be a reaction against the Turkish-Libyan agreement, nonetheless it cannot annul it. These terms are legally untenable and are used euphemistically. Moreover, under general international law, the Turkey-Libya agreement is binding only on the two Parties and does not generate legal consequences either for Greece or any other state (Vienna Convention on the Law of Treaties 1969, Article 34) This position was also supported by the European Council in the Conclusions of 12 December 2019 (par. 19).

Another verbal exaggeration used in the public discourse is that the Agreement safeguards the right of the islands to have maritime zones. This right has been recognized both by the 1982 UN Convention on the Law of the Sea (“UNCLOS”) and by customary law, as well as international case law. Therefore, the conclusion of a delimitation agreement is not a prerequisite in order for the islands to have a continental shelf / EEZ. On the contrary, such an argument is jeopardizing, because it places acquired rights under the condition of concluding a delimitation agreement, which may never be realized.

It is worth mentioning the fact that the Agreement explicitly refers to the delimitation of the EEZ. This is the first time that Greece defines an EEZ, as the recent agreement with Italy concerned a “multi-purpose limit”, in the same vein as the settlement with Albania (2009), which did not enter into force. It could therefore be argued that the conclusion of the Delimitation Agreement implies a declaration of an EEZ by Greece only with regard to the maritime area under delimitation. It is recalled that something similar happened with the agreements between Cyprus and Egypt (2003 – Cyprus had not previously declared an EEZ), Cyprus and Israel (2010 – Israel did not have an EEZ) and, finally, Turkey and Libya (Turkey had not declared an EEZ in the Mediterranean).

Analysis of the Agreement

In the preamble the two states refer to the need for stability in the region and the importance of the application of international law. They also stress the necessity for a precise definition of the boundaries of their EEZ in order to exercise sovereign rights / jurisdiction within this zone. The Parties also recognize the importance of the UNCLOS to which both are parties. It is worth noting that the wording of the Agreement resembles to a great extent to the wording of the relevant agreements concluded by Cyprus.

Article 1 provides that the delimitation is partial, i.e the agreed limit does not cover the entire maritime area between the Greek and Egyptian coasts. Despite what has been written recently, partial delimitation is not prohibited, since the determination of the width of the area to be delimited is at the discretion of the parties. Paragraph (a) clarifies that the extension of the boundaries of the agreed line will take place following further consultations between the Parties. In other words, it is recognized that the limit is not final and it can be extended both west and east, despite the claims of Libya and Turkey respectively. Paragraph (b) stipulates that the delineation of the boundary line is done on the basis of geographical coordinates.

This wording indicates that the sea boundary between the two states is not the median line (hence the term is not mentioned anywhere), which is confirmed by the drawing of the said coordinates on a map. The effect of Crete and Karpathos is reduced, with the result that Egypt has taken about 55% of the maritime area under delimitation and Greece 45%. This is a significant departure from Greece’s long-standing position in favor of the median line and the full effect of islands.

Article 2 stipulates that the Parties shall cooperate in reaching an agreement on the exploitation of natural resources, including hydrocarbons, extending from the EEZ of the one party to the EEZ of the other.

With regard to dispute resolution, Article 3 provides for the resolution of any dispute through diplomatic channels. However, unlike the Greece-Italy agreement (Article 4), the Agreement does not provide for recourse to an international dispute settlement organ for the purpose of resolving any dispute that may arise. However, since the two countries are parties to the UNCLOS, it is possible for them to have recourse to the dispute resolution mechanisms of the UNCLOS.

Of particular interest is the provision of Article 4§1 of the Agreement, which prohibits the termination, withdrawal or suspension of the Agreement. The law of treaties sets strict conditions for the unilateral termination of international conventions, so that legal certainty is established and to avoid putting agreements into question for reasons that are not serious. In this case, the Parties have decided to “shield” the integrity of the Agreement even further by adding this strict provision. In any case, however, it is stressed that even if an international agreement providing for the delimitation of boundaries is annulled, the agreed boundary continues to exist.

In the light of the above, it is the writer’s position that the Agreement is a hasty move that erodes the long-standing positions of Greece regarding the median line and the effect of islands on the delimitation of maritime areas. The Agreement neither “annulls” nor “abolishes” the Turkish-Libyan memorandum, which in any case does not produce legal consequences for Greece and third countries.

The delimitation of the maritime zones of Greece-Cyprus is still legally possible, yet the Agreement diminishes the weight of Greece’s arguments. That is, since the largest island of Greece (Crete) did not get full effect, it will be difficult for Greece to argue full effect in relation to smaller islands. It is therefore estimated that, in the long run, the Agreement will have a negative impact on the positions of Greece regarding the issue of delimitation of other maritime areas.

Agreement between Greece and Egypt | Ankara’s aspirations are overturned