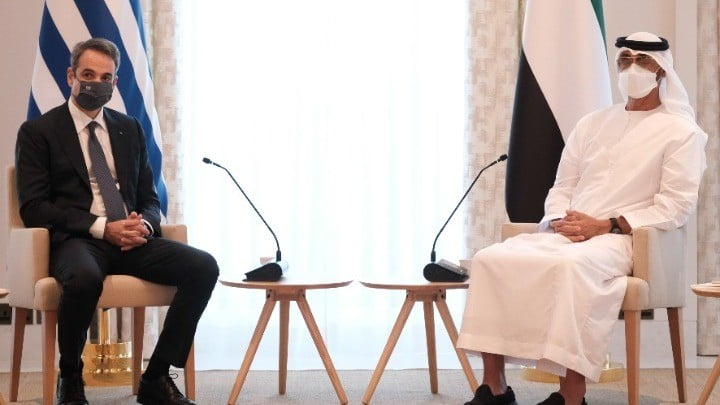 “Greece and the United Arab Emirates are now forming the framework of a strategic alliance that extends not only to the areas of economic cooperation, but also to the areas of cooperation in defence and foreign policy,” he said. “Prospects for further deepening of the relations between the two countries are many and important. There is now a clear “roadmap” for how relations between the two countries can become even closer. Our two countries are facing the challenges in the Eastern Mediterranean through the same perspective. They remain committed to the peaceful settlement of disputes and respect for international law. I would also like to emphasize that this visit to the United Arab Emirates is another step in the context of the active foreign policy that our country has been developing in the last year. An active foreign policy that has made our country a force for stability, security and prosperity in the Eastern Mediterranean.”

Significant agreements to upgrade bilateral relations signed in the UAE

The strengthening and upgrading of bilateral relations at a strategic level was sealed by the meeting of Prime Minister Kyriakos Mitsotakis and the Greek delegation with the Crown Prince of the United Arab Emirates, Sheikh Nahi Mohali. In line with political and defence cooperation, the two leaders expressed a strong desire to strengthen the economic relations between the two countries.

At the same time, the upgrading and deepening of the relations between Greece and the UAE gives a new perspective to the strengthening of the regional multilateral cooperation schemes that move in the same strategic axis, guided by the consolidation of a climate of stability and peace in the wider region.

During the meeting, an in-depth review of the rapid progress made in recent months in bilateral relations and across the spectrum of bilateral cooperation was discussed, as well as the developments in the Eastern Mediterranean region with an emphasis on Turkey’s destabilizing behavior.

The most important aspects of the strategic cooperation between Greece and the United Arab Emirates were also discussed, which is sealed with the Joint Declaration of the two governments, as well as with the Foreign Minister’s, Nikos Dendias, signing of the Joint Declaration of Strategic Partnership between Greece and the UAE but also the Bilateral Agreement in the fields of foreign policy and defence.

The signing of the agreements demonstrates the positions of both sides in the face of the common challenges the two countries are encountering at a regional level and upgrades the relations between the two countries at a strategic level in all areas of mutual interest.

Through the very significant upgrade of the bilateral relations, multilateral cooperation schemes are being strengthened which are moving in the same strategic direction, with the aim of consolidating a climate of stability and peace in the wider region, while Turkey, through a series of illegal actions, is endangering regional security.