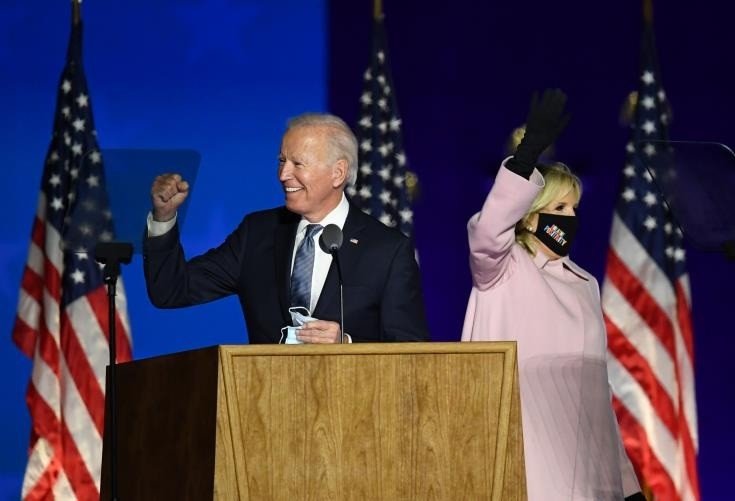 Joe Biden, the Democratic candidate for the White House, was on the doorstep of the White House yesterday, Wednesday, after two valuable victories in key states over the Republican President, Donald Trump, who has started a judicial guerrilla war.

With Wisconsin and Michigan in their pockets, the second and third states to emerge from Donald Trump after Arizona, Biden has secured 264 voters so far. If he wins in Nevada (6), he reaches the magic number 270 and will be the 46th president of the USA. After all, several more key states have not yet been judged.

In Pennsylvania (20 voters), where 89% of the vote-counting has been completed, Trump had 50.7% of the vote and Biden had 48.1%, according to Edison Research, with a lead of about 220,000 votes which could vanish when the postal votes are counted. The majority have already been counted in favor of Biden.

For the first time since 2000, Americans have not yet learned the name of their next president, who will be sworn in on January 20, 2021, the day after the election.

“I’m not here to declare that we’ve won, but I am here to report that when the count is finished, we believe we will be the winners,” Joe Biden said in a short speech at his stronghold in Wilmington, Delaware yesterday. Once the result is known, he said, it will be time to “leave the aggressive speeches of the election campaign behind us,” in an effort to look united in the deeply divided country. In order to move forward, we must stop treating our opponents as enemies,” he added.

On Trump’s part, his campaign announced a series of lawsuits, particularly in Wisconsin, where Biden won by less than 1% according to the almost final results. Republicans want a recount and demand a local judge reconsider the ballots. They also filed a lawsuit to stop the counting in another key state, Pennsylvania, and Georgia. The US President threatened on Tuesday night to Wednesday, in a rather confusing sermon, that he would appeal to the Supreme Court.