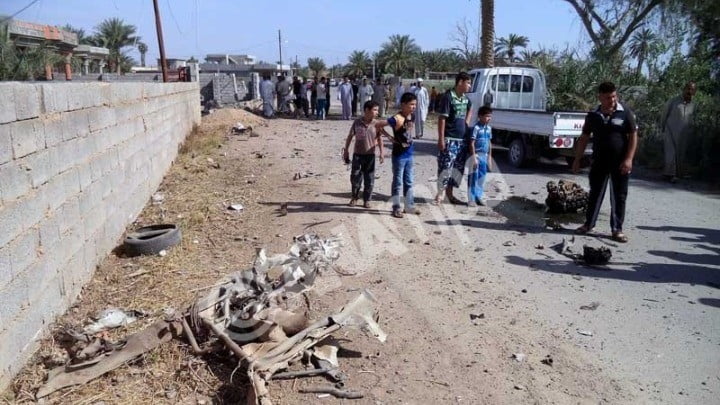 Eleven people, including security forces, were killed late Sunday night in a jihadist attack on a military post near Baghdad, according to sources close to Iraqi police and a hospital.

Iraq declared its “victory” over the Islamic State (IS) three years ago, but the jihadist group still has secret cells, especially in the rural area of ​​Baghdad where the village of Radwaniyah is located and where the attack took place.

“Five members of the Hasd tribe” – that is, popular mobilization units, former paramilitaries who have now joined the armed forces – “were killed, as were six residents who went to help them,” a source close to the police told AFP.

A medical source confirmed the report, adding that another eight wounded had been admitted to a Baghdad hospital.

The bomber struck shortly after noon in front of a police recruiting center at Kisak, killing at least 12 people, according to the police.

There has been no accountability to date.

The Islamic State had taken control of almost a third of Iraqi territory in 2014, but was forced to leave its territory at the end of 2017, when its “caliphate” collapsed after three years of war during which all Iraqi forces and an international coalition of 76 countries were mobilized.

Now its fighters are hiding in areas where there are mountains or which are covered by desert, in the central and western part of the country, having practically lost the opportunity to conduct large-scale operations.

Although they continue to launch attacks, the death toll is extremely low in the country, where there has not been a major IS attack for more than three years.