Explosion in Beirut | The data and the aftermath of the disaster
Defence Redefined
Published on 05/08/2020 at 09:20 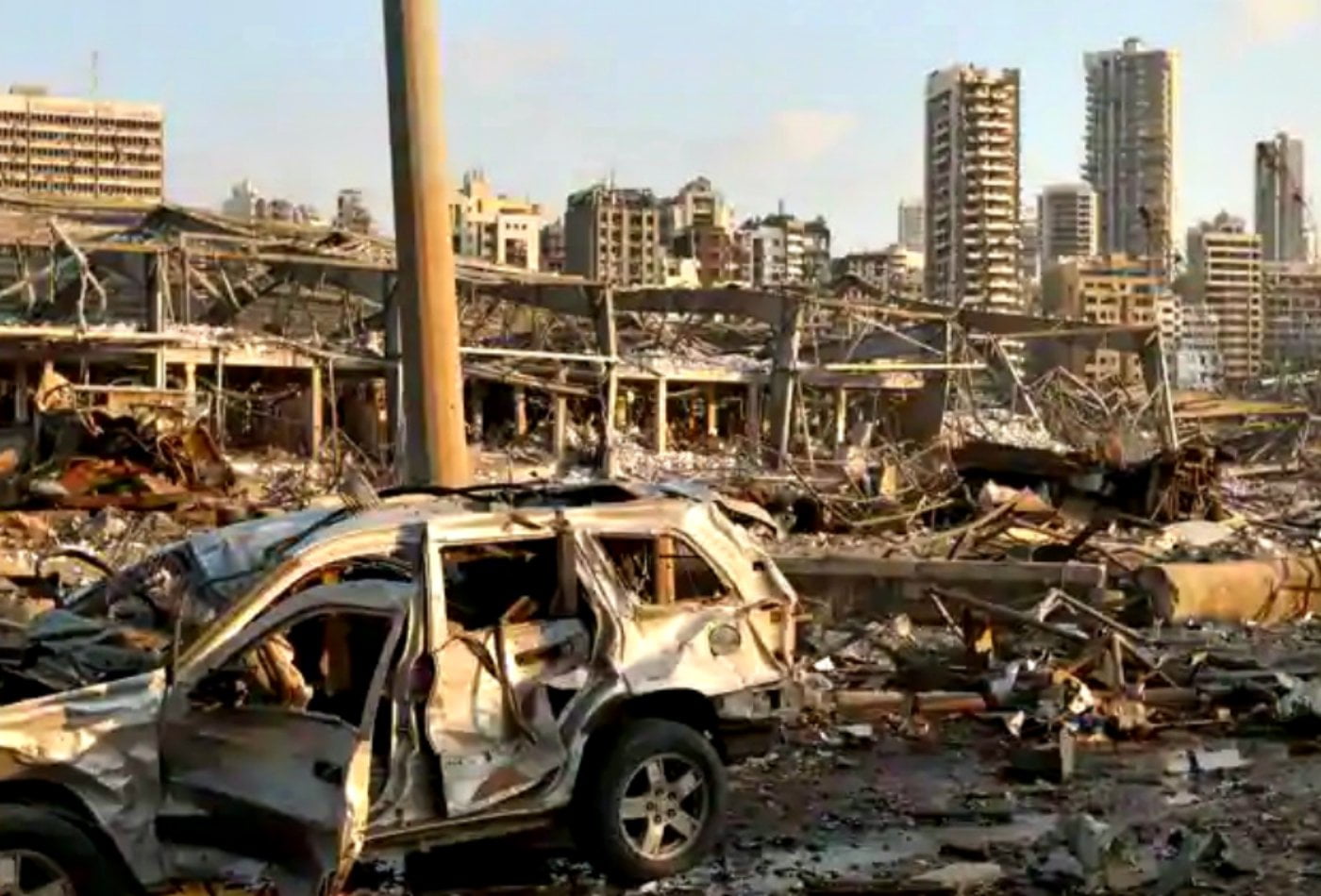 About 2.750 tonnes of ammonium nitrate were in storage at the port of Beirut that exploded on Tuesday. The explosion caused dozens of deaths, thousands of injuries and unprecedented damage in the Lebanese capital, Prime Minister Hassan Diab said.

“It is unacceptable that a shipment of ammonium nitrate of 2.750 tonnes has been present for six years in a warehouse without taking preventive measures,” Diab told the country’s  Supreme Defence Council, which convened an emergency meeting last night.

Ammonium nitrate is a chemical fertilizer, but it is also used to make bombs. “We will not rest until we find those responsible for what happened, hold them accountable” for the deadly disaster, the Lebanese Prime Minister stated.

The Supreme Defence Council “recommends” that the government declares a “state of emergency” for two weeks in the city of Beirut. During this period, a committee of senior army officers will be assigned to handle all “security” issues in the Lebanese capital, according to a statement issued after the meeting of the Supreme Defence Council. The country’s cabinet will hold an extraordinary meeting later today.

Regarding the rumors that circulated after the explosion regarding an Israeli rocket attack at the port of Beirut, the television of the Israeli parliament (Knesset), broadcast that “Israel has nothing to do with the explosions that took place today (yesterday) in Lebanon.”

Foreign Minister Gabi Ashkenazi, speaking on TV channel N12, said the blast was most likely due to an accident that started with a fire.

Lebanon’s General Security Chief, Abbas Ibrahim, when asked by television reporters as he was heading to the scene, said: “It appears that there is a warehouse containing material that was confiscated years ago, and it appears it was highly explosive material.”

Meanwhile, US President Donald Trump said the deadly blasts that rocked the Lebanese capital on Tuesday “looked like a terrible attack”, without elaborating.

The White House resident made this comment at the beginning of his daily press conference on dealing with the crisis caused by the coronavirus pandemic.

The US president spoke of a “bomb of some kind”, citing estimates by “officials”.

“The United States is ready to offer assistance to Lebanon,” Trump said. “We will be there to help. It looks like a terrible attack.” According to Lebanese Prime Minister, Hassan Diab, 2.750 tons of ammonium nitrate exploded inside a warehouse at the port of Beirut. Lebanese Health Minister, Hamad Hassan, said at least 78 people had been killed and nearly 4.000 were injured in the blasts.

Ammonium Nitrate (NH4NO3) is the main ingredient in ANFO, a popular industrial explosive used in improvised explosive devices. Many countries gradually ban its use in consumer applications due to concerns about abuse.

Ammonium nitrate is not explosive in the form commonly sold. However, with its use explosive mixtures can be easily made with various properties, especially when combined with primary explosives such as azides or with fuels such as aluminum powder or fuel oil.

The explosion at the Port of Beirut brought to the fore the case that took place on Cypriot soil, when a 26-year-old Lebanese man was arrested by the Cypriot authorities for possession of two tons of ammonia nitrate and was a member of Lebanese Hezbollah. According to reports at the time, the 26-year-old was preparing a strike against Israeli targets, either in Cyprus or abroad.

According to international media, large quantities of ammonia nitrate arrived in Beirut in 2013, when the ship carrying them, named M / V Rhosus (sailing from Georgia to Mozambique), was seized.

The case was never resolved and the ship’s cargo, 2.750 tonnes of ammonium nitrate, was unloaded and stored at a nearby warehouse at the Port.