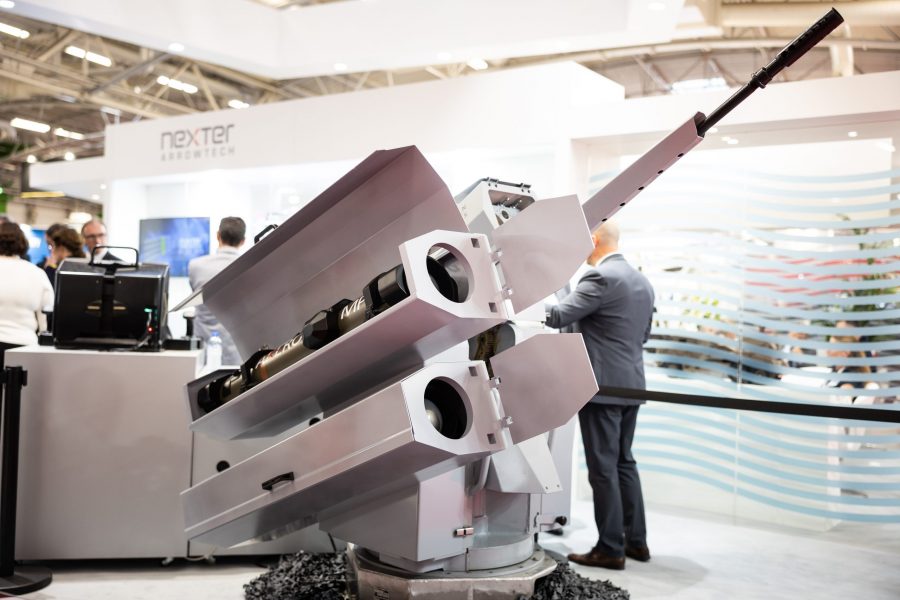 During the international naval exhibition Euronaval 2022 in France, MBDA and NEXTER showcased a new version of the NARWHAL turret that features two pods for AKERON MP missiles.

The NARWHAL is a 20mm remote-controlled turret that can be integrated just as easily onto small patrol boats as onto frigates. It is enhanced with modern optical systems, including day and night sights, a laser range finder and a 20M621 machine gun.

The new configuration allows easy installation on any version of the NARWHAL turret, including those already in operation.

It was unveiled for the first time at Euronaval and consists of two AKERON MP missile launchers with the associated electronic control and operating systems. The NARWHAL turret is already used by six different navies, while the AKEROM MP missile, formerly known as MMP, has been used by French forces since 2017 and has already been selected by five other countries.

The NARWHAL turret showcased at Nexter’s pavilion features a Short Range Pointer (SRP), designed by the German company Hensoldt, so that the onboard operator can quickly aim using a laser beam.

The AKERON MP missile provides platforms with enhanced self-defence capabilities in coastal environments against threats at sea or on land and features fire-and-forget and man-in-the-loop capabilities.