INTERNATIONAL RELATIONS
EU | Energy security, food security and strengthening European defence on the second day of the Summit
Defence Redefined
Published on 31/05/2022 at 11:17 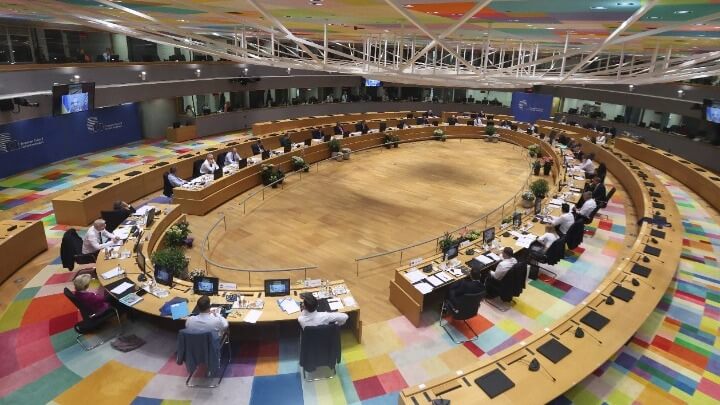 The second day of the Brussels Summit on energy and high prices, which hit the households and businesses hard, started at 10:30 (Greek time).

Due to the difficult discussions on the Russian oil embargo, which was agreed upon at midnight, the European leaders did not have time to discuss the issue of energy yesterday, as foreseen in the agenda of the Summit.

According to APA MPA, the discussion today will focus on the financing of the REPowerEU project, so as to phase out dependence on Russian fossil fuels, presented by the Commission on May 18.

“We need to accelerate our energy transition if we want to phase out our dependence on Russian fossil fuels as soon as possible. Based on our decisions in Versailles, we will discuss the best ways to move forward,” Charles Michel said in a letter of invitation to the 27.

According to a diplomatic source, some Member-States do not think that REPowerEU addresses the pressing issue of energy prices. Therefore, the issue of reforming the EU electricity market is likely to be raised again, including the possibility of an energy price cap and a platform for a common gas market in the EU.

According to a European official, European leaders are expected to ask the Commission to consider ways to enter price ceilings in new contracts with international partners.

Next, European leaders will discuss the issue of food security and the dangers posed by the war in Ukraine. The President of the African Union, Maki Sal, will address the “27” via teleconference.

European leaders will also discuss how 20 million tonnes of wheat can be exported from Ukraine, which requires an agreement with Russia on the use of the sea route. An issue was discussed three days ago in a telephone conversation between French President, Emmanuel Macron, German Chancellor, Olaf Solz, with Russian President, Vladimir Putin.

“Russia’s war against Ukraine poses a serious threat to global food security. It’s the responsibility of the EU to take care of ourselves and the developing world,” said European Council President, Charles Michel, on his arrival at the summit, while the High Representative, Josep Borrell, stressed that Russia uses wheat “as a weapon of war”.

Finally, European leaders are expected to commit to strengthening Europe’s defence and filling the investment gaps identified by the European Commission in its report on May 18. “We need to close our gaps in defence investment and join forces as much as possible to maximize our impact,” European Council President, Charles Michel, said in the invitation letter.