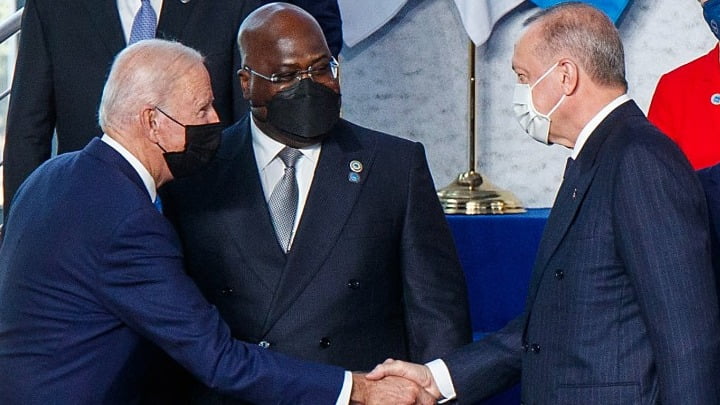 Joe Biden, in a meeting with the Turkish President earlier today, stressed his desire to maintain constructive relations, expand cooperation and effectively manage the two countries’ differences, according to a White House statement.

The two leaders discussed, among other things, developments in Syria, Afghanistan, Libya, the Eastern Mediterranean and the South Caucasus. President Biden reaffirmed the two countries’ defence cooperation and the importance of Turkey as a NATO ally, but noted US concerns about Turkey’s possession of the Russian S-400 missile system. He also stressed the importance of strong democratic institutions, respect for human rights and the rule of law for peace and prosperity.

For his part, the Turkish President, among other things, stated that he noted a positive approach by the American President regarding the modernisation of the F-16s and a possible acquisition of new ones.

In his meeting with French President Emmanuel Macron, the Turkish President said he had expressed concern about arms sales to Greece. It is also worth noting that, among other things, Recep Tayyip Erdogan met with Italian Prime Minister Mario Draghi, and following the meeting he said he was optimistic about improving the economic relations between the two countries, especially in the field of the defence industry.