Donation of a second General Supply Ship to the Hellenic Navy by the Laskaridis family
Defence Redefined
Published on 11/04/2020 at 01:18 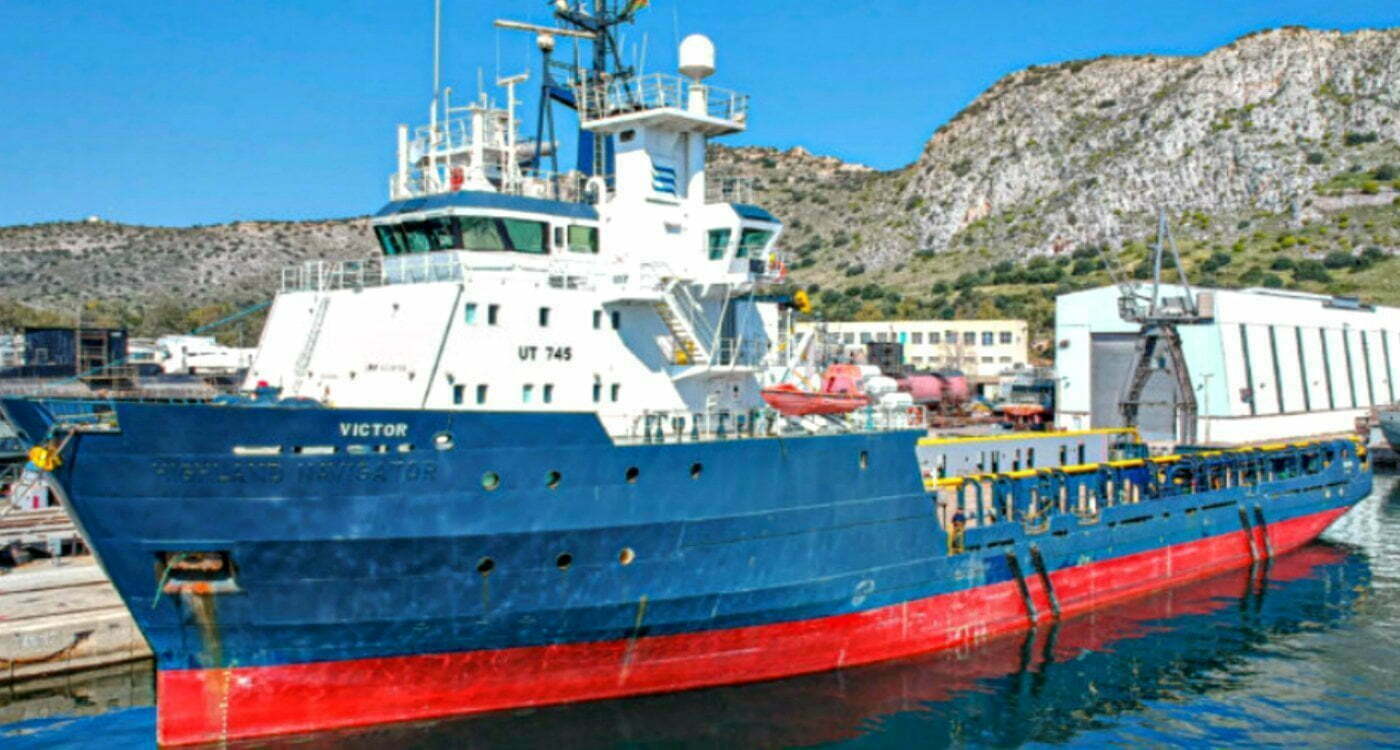 On Friday, April 10, 2020, the Chief of Defence (CHOD), General Konstantinos Floros, accompanied by the Chief of Navy, Rear Admiral Stylianos Petrakis and the President of the “Aikaterini Laskaridis” Foundation, Mr. Panagiotis Laskaridis visited the ship named “VICTOR” at Salamina Naval Base.

The acceptance of the donation as well as the relevant handover ceremony to the Hellenic Navy under the name “HERACLES” (Hercules) will take place in the near future.

The General Support Ship “HERACLES” will significantly upgrade the operational capabilities of the Navy’s missions since, among other things, she boasts DP2 capability, which means stabilization in any weather conditions (also available by “ATLAS I”) and she has a large carrying capacity of over 2,600 tonnes on her open deck.