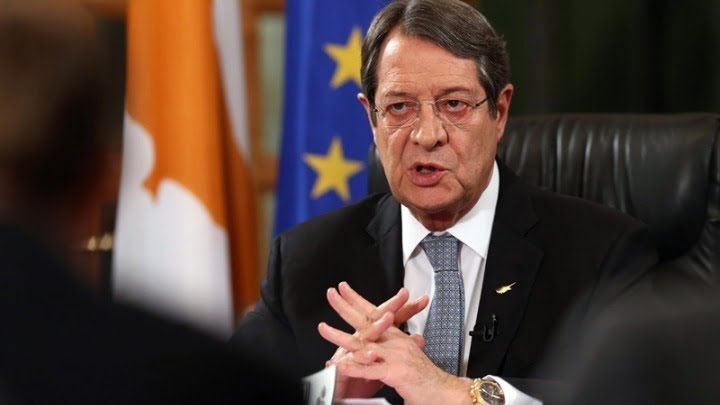 Today Cyprus, Greece and Egypt strongly condemned Turkey’s illegal drilling and seismic surveys in waters already delimited by the International Law of the Sea as well as the illegal actions in Famagusta. All three countries call on Turkey to respect the relevant resolutions of the UN Security Council, as stated by the President of the Republic, Nikos Anastasiadis, at the end of the 8th Summit of Cyprus, Greece and Egypt held in Nicosia.

In his statements with the Greek Prime Minister, Kyriakos Mitsotakis, and the President of Egypt, Abdel Fattah al-Sisi, and with reference to the Cyprus issue, President Anastasiadis also said that on October 19 he sent a letter to the UN Secretary General in which he reiterated his determination to take part in a new initiative as soon as possible, on the basis of the understanding reached during the meeting held at his own invitation on November 27 in Berlin.

On his part, President Sisi, speaking through a translator, said that there was a reaffirmation of the efforts made by the Republic of Cyprus aiming at reaching a stable and lasting solution to the Cyprus problem based on Security Council resolutions and, in turn, achieving the reunification of the island.