ACV | The Turkish Infantry and Armored Fighting Vehicles during exercises in occupied Cyprus
Defence Redefined
Published on 03/02/2022 at 18:32 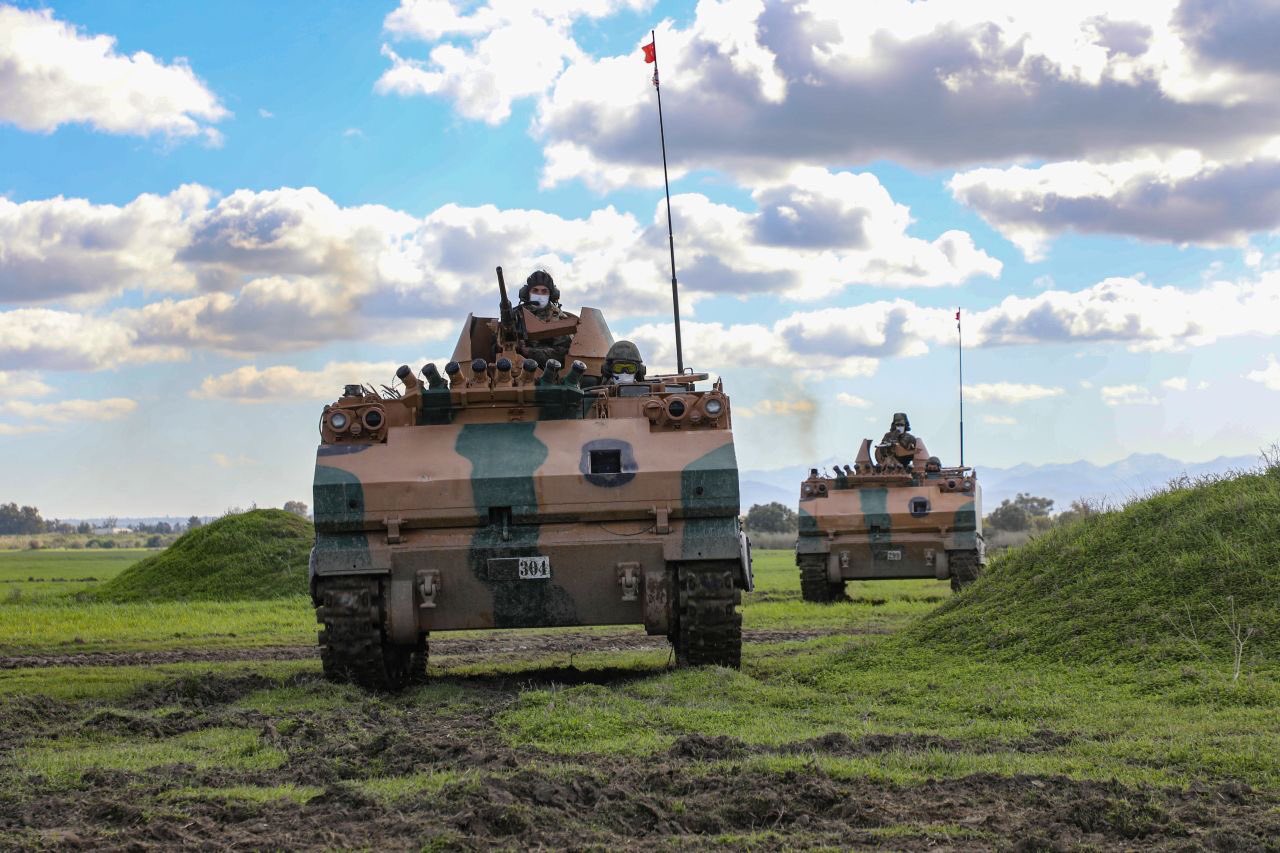 The Turkish Ministry of Defence published photographs taken during the training activities of the Turkish Army conducted in occupied Cyprus.

On February 1, the Ministry published material from training activities of the 39th Mechanized Division, which included shooting, crossing obstacles and tactical moves. The publication refers to this exercise as training entailing practical drills.

The ACV Armored Vehicle of the Turkish company FNSS (which emerged as a consortium of FMC Corporation and Nurol Holding) has been in service since 1992 and has participated in several Turkish military activities, including the ones in Syria. Its design aimed to combine Infantry Fighting Vehicle (IFV) and Armored Personnel Carrier features, based on the US M113 Armored Personnel Carrier which is also available to the Turkish Armed Forces.

The Turkish Armed Forces have more than 2200 ACV vehicles of all versions (IFVs, AIFVs and other special versions) of which about 650 are Armored Infantry Fighting Vehicles (AIFVs). A number of them – about 120 ACV – AIFV, according to open sources – reinforces the occupying forces in Cyprus, while there are around 100 ACV-AAPC.

The ACV has been exported in various versions to other countries, including the United Arab Emirates, Saudi Arabia, the Philippines, Jordan and Malaysia. The latter is even involved in the local production of the ACV-15 by the company DefTech.

In 2020, the effort to upgrade the vehicle was made public in collaboration with FNSS and the Turkish company Aselsan. The upgrade aims to expand the vehicle’s operational capabilities on the battlefield, increase mine protection and improvised explosive devices (IEDs) as well as increase its payload and performance.

Regarding the upgrade of the ACV-15 armament, according to the presidency of the Turkish defence industry, it will concern the installation of the NEFER remote-controlled weapon station (RCWS) of Aselsan, which carries a 25 mm cannon with a 7.62 mm machine gun as well as related electro-optical aids.

The new version, according to the manufacturer, features a 25 mm cannon which is effective against IFVs and AIFVs, while apart from caterpillars, it can be integrated on all wheeled infantry fighting vehicles; from 4×4 to 8×8.

Also read: EODH | After the tests in Greece, he wants to try “Hoplitis” in Cyprus – VIDEO