Rheinmetall Defence | Kodiak Armoured Vehicle can serve the Army, the Fire Department and Civil Defence
Defence Redefined
Published on 11/05/2020 at 11:53 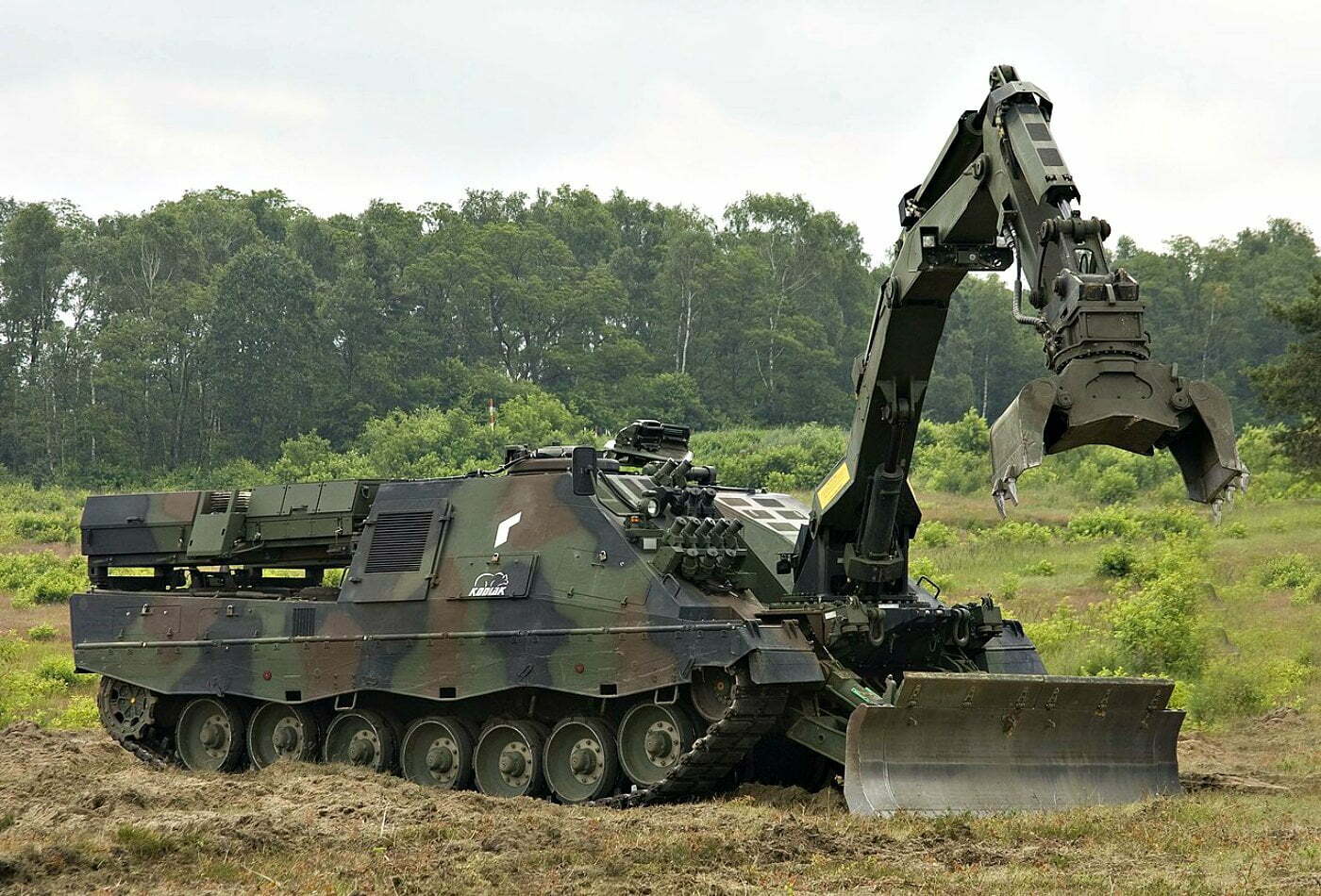 Mechanized forces consisting of main battle tanks and infantry fighting vehicles continue to be an essential element of modern high-mobility warfare. Rheinmetall Defence has responded to this requirement by developing a third-generation armoured engineer vehicle, the AEV 3 Kodiak.

The “Kodiak” is a heavy-duty combat engineering system that falls into the military weight category MLC 70 (Military Load Classification 70,000). Its mine protected Leopard 2 main battle tank chassis and 1,100 kW-diesel engine assure outstanding mobility and a high level of protection.

It is equipped with a powerful hinged-arm excavator with different excavator tools, a dozer system featuring cutting and tilt angle settings and a double-winch system consisting of two 9-ton capstan winches.

For self-protection, the vehicle is equipped with a remote control weapon station and a smoke grenade launcher system. Six cameras provide the two- or three-man crew with a panoramic view of the vehicle’s surroundings, enabling them to switch tools and carry out a full range of combat engineering tasks without leaving the safety of the armoured fighting crew compartment.

Furthermore, if required, the dozer blade can be replaced with a mine-breaching plough, enabling the Kodiak to cut through minefields and to erect or dismantle artificial obstacles.

Thanks to its extensive array of equipment, it can also be deployed in a civil defence or disaster recovery capacity as well as in joint civil-military operations.

In addition, the vehicle can serve the Fire Department, as it can operate on uneven ground and in high temperatures. Thanks to its equipment, it can create fire zones in a short time and in the heart of the fire.

Rheinmetall manufactures and markets the Kodiak worldwide as part of a consortium with RUAG Defence, the strategic technology partner of the Swiss armed forces. In November 2011, Rheinmetall handed over the first Kodiak AEV 3 S to the Swedish armed forces.

This formal transfer marked the start of further deliveries to Switzerland and the Netherlands, which will use the Kodiak to support their Leopard 2 main battle tanks and to supplement their previously fielded ARV 3 armoured recovery vehicles, likewise supplied by Rheinmetall.