INTERNATIONAL RELATIONS
Reorganization of US Marines in Japan
Defence Redefined
Published on 10/01/2023 at 11:16 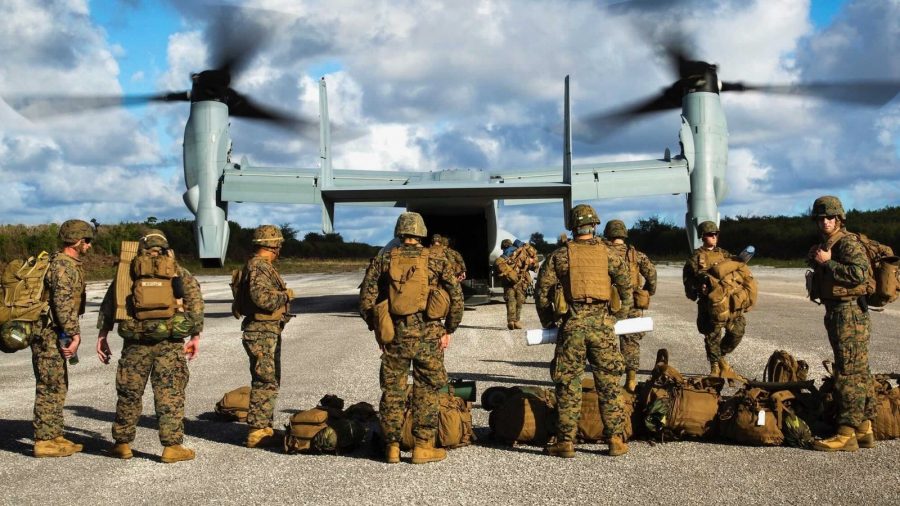 The US government plans to disperse Marine Corps units to various parts of Okinawa by 2026, equipping them with missiles and mainly other light weapons to be able to guarantee deterrence of China’s military. The US government will also discuss the idea with the Japanese government in Washington tomorrow Wednesday, the Yomiuri newspaper reports.

The relevant plan had already been discussed between the two governments; yet it is expected to be presented tomorrow Wednesday, after a meeting of the Defence and Foreign Ministers of the two states in Washington, according to the report.

A spokesman for Japan’s Defence Ministry was not immediately available for comment. A spokesman for the Ministry of Foreign Affairs avoided directly referring to Yomiuri’s report, however, he confirmed that “issues concerning US forces in Japan” will be discussed, including their “reorganization”.

The creation of new units, dubbed Marine Littoral Regiments, is part of the reorganization of the Marine Corps that was outlined in 2020 in a text (“Force Design 2030”) by its commander, General David Berger. At the time, General Berger told Reuters that he was seeking close cooperation with the Japanese military so that China’s Armed Forces would not have easy access to the Pacific Ocean.

As part of the reorganization, the number of Marine aviation aircraft is being reduced and heavy artillery and main battle tanks are partially being sidelined in favor of smaller units, equipped with missiles and UAVs, dispersed and flexible, capable of operating in contested fields of operations. Japan currently has 18,000 Marines deployed – the largest number outside the continental US. Most are based in Okinawa itself, part of a cluster of islands in the East China Sea, in places just 100 kilometers from Taiwan.

However, the huge US military presence is causing strong resentment among the population, with local authorities asking for part of the troops to be deployed in other areas of the archipelago. Although the reorganization of the Marines is not expected to mean an increase in the number of US troops in Okinawa, their presence is expected to become more widespread.