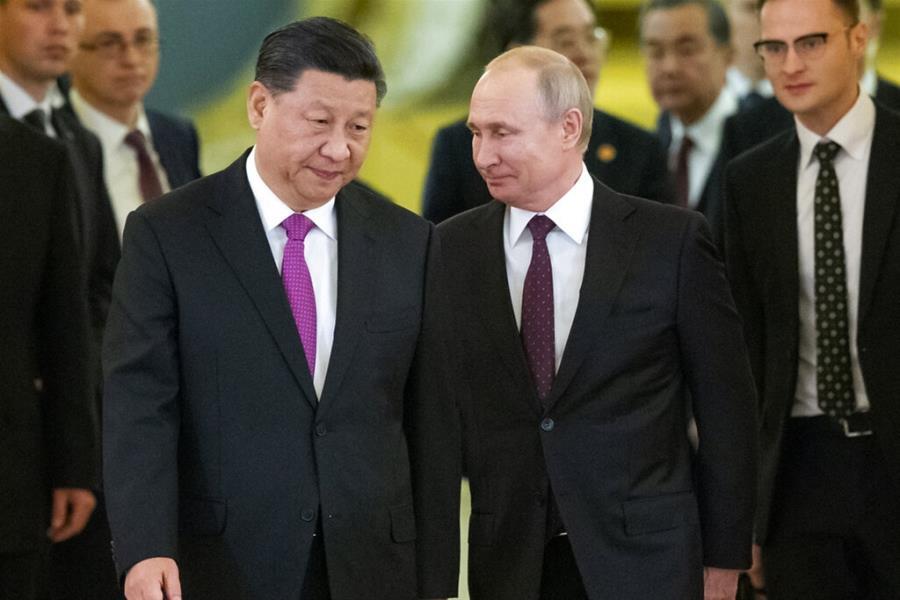 The Russian President, Vladimir Putin, will meet today with his Chinese counterpart, Xi Jinping, in the Chinese capital, where they are expected to discuss their friendly relationship both personally and at the state level in terms of the tensions with the US, the case of Moscow and Ukraine and in terms of Beijing over a wide range of issues.

The Chinese government has supported Russia so far during the Ukrainian crisis. He wants the security of Russia safeguarded and opposes the expansion of organizations such as NATO.

Before leaving, Putin made sure to emphasize the friendship between the two countries and his personal friendship with Mr. Xi in interviews and articles published in Chinese state media.

Mr. Putin, the highest-ranking foreign politician to attend the inauguration ceremony, will be honored as a “friend of China” by traveling to Beijing on the day of the opening ceremony of the Winter Olympics in the afternoon (local time) at the National Stadium of the Chinese capital, also known as “Bird’s Nest”.

Many Western countries, including the United States, Britain, Canada, and Australia, have imposed diplomatic boycotts on the Winter Olympics in protest of blatant human rights abuses in China. Their national groups will participate, but no politicians or other officials will travel to Chinese territory.

Moscow and Beijing sent a message of unity to the preparatory meeting of the Foreign Ministers on Thursday afternoon. In talks between Wang Yi and Sergei Lavrov, the two sides focused on issues such as the crisis in Ukraine, the crisis in Afghanistan, North Korea’s armaments program, and other international and regional issues, the Russian news agency TASS reported.

“China is ready to work with Russia to deepen its time-proven friendship and coherent strategic coordination between the two countries,” Wang was quoted as saying by the China News Agency.

The Chinese Foreign Ministry said that the heads of diplomacy of the two countries expressed their opposition to the politicization of the Olympic Games and to any attempt to create conflicts between countries and organizations.