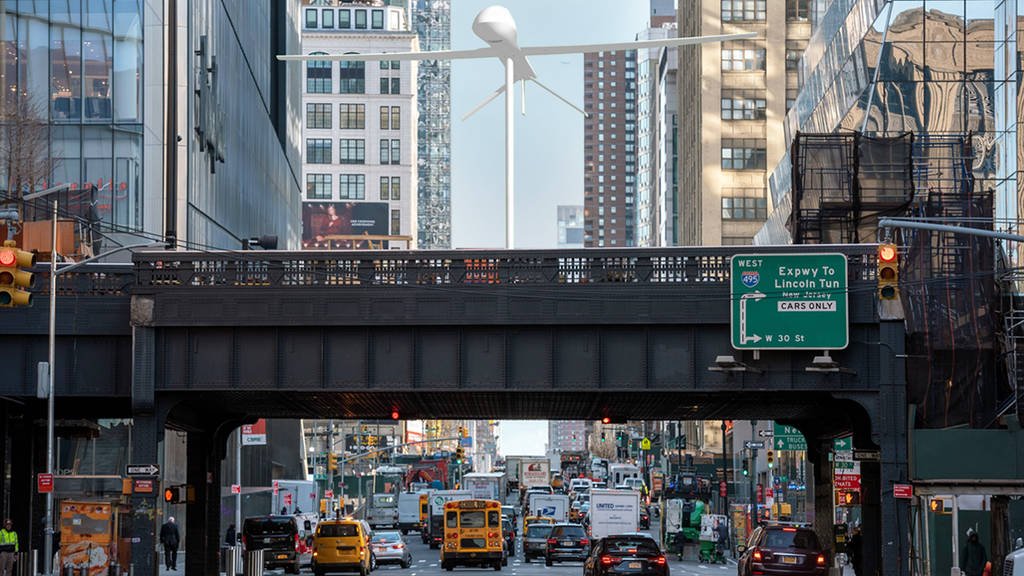 The huge white sculpture representing the most famous guided unmanned aerial vehicle in the US arsenal – the MQ-1 Predator – soaring 7.6 meters above the Manhattan High Line Park upsets many unsuspecting New Yorkers.

That was exactly the intention of its creator.

Sam Durand, the artist behind the fiberglass sculpture he named Untitled (drone), notes that he designed it to “remind” Americans that UAVs remain a “tragic” presence, “invading” the daily lives of “many people living outside – and inside – the US.” 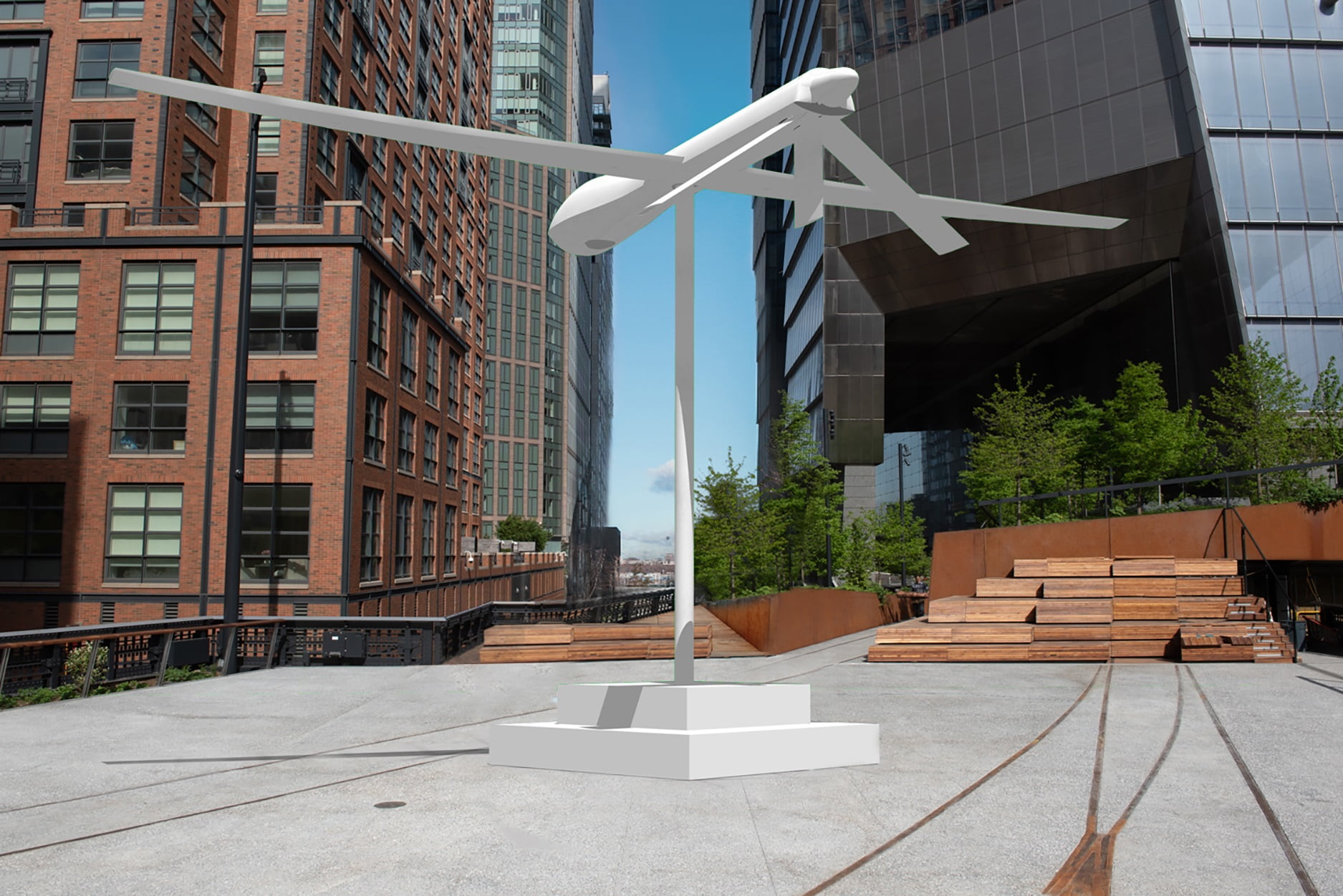 The white sculpture, against the backdrop of the blue sky, seems to be flying over 10th Avenue as the wind makes it swirl around the pole it is installed on.

“What we wanted to do (…) was not just to offer the public a beautiful work of art,” but an artistic creation that “gives food for thought, provokes discussion,” explained Cecilia Alemanni, chief curator of High Line Art, which undertook the sponsorship of the installation. 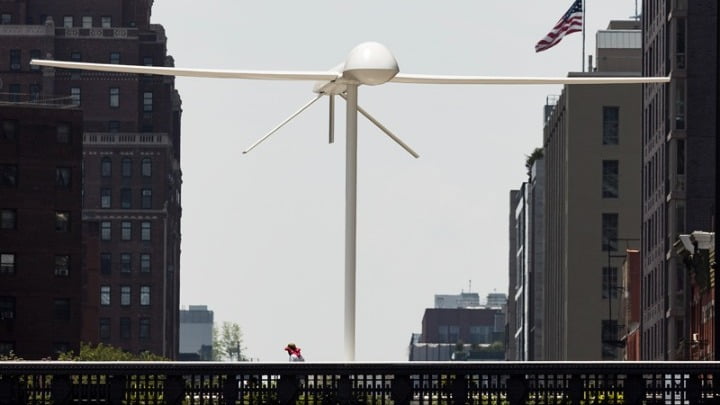 For Ariela Figueroa, a resident of California, the sculpture makes you think about the future. “This is the same technology we used in Iraq and Afghanistan 10 or 12 years ago; now anyone can buy it,” she said. “It’s a little scary, especially here in New York.”

On his personal website (samdurant.net), the artist reminds that the US military began using this type of aircraft in 1995 to gather information and later to launch airstrikes in countries such as Afghanistan, Iraq, Libya, Pakistan, Syria, Somalia and Yemen, and such aircraft are currently used to guard the US border and to control demonstrations, such as those of May 2020 in Minneapolis following the death of George Floyd.