Book Presentation | “Defence and Security of Small States: The Case of Cyprus”
Defence Redefined
Published on 22/09/2021 at 14:52 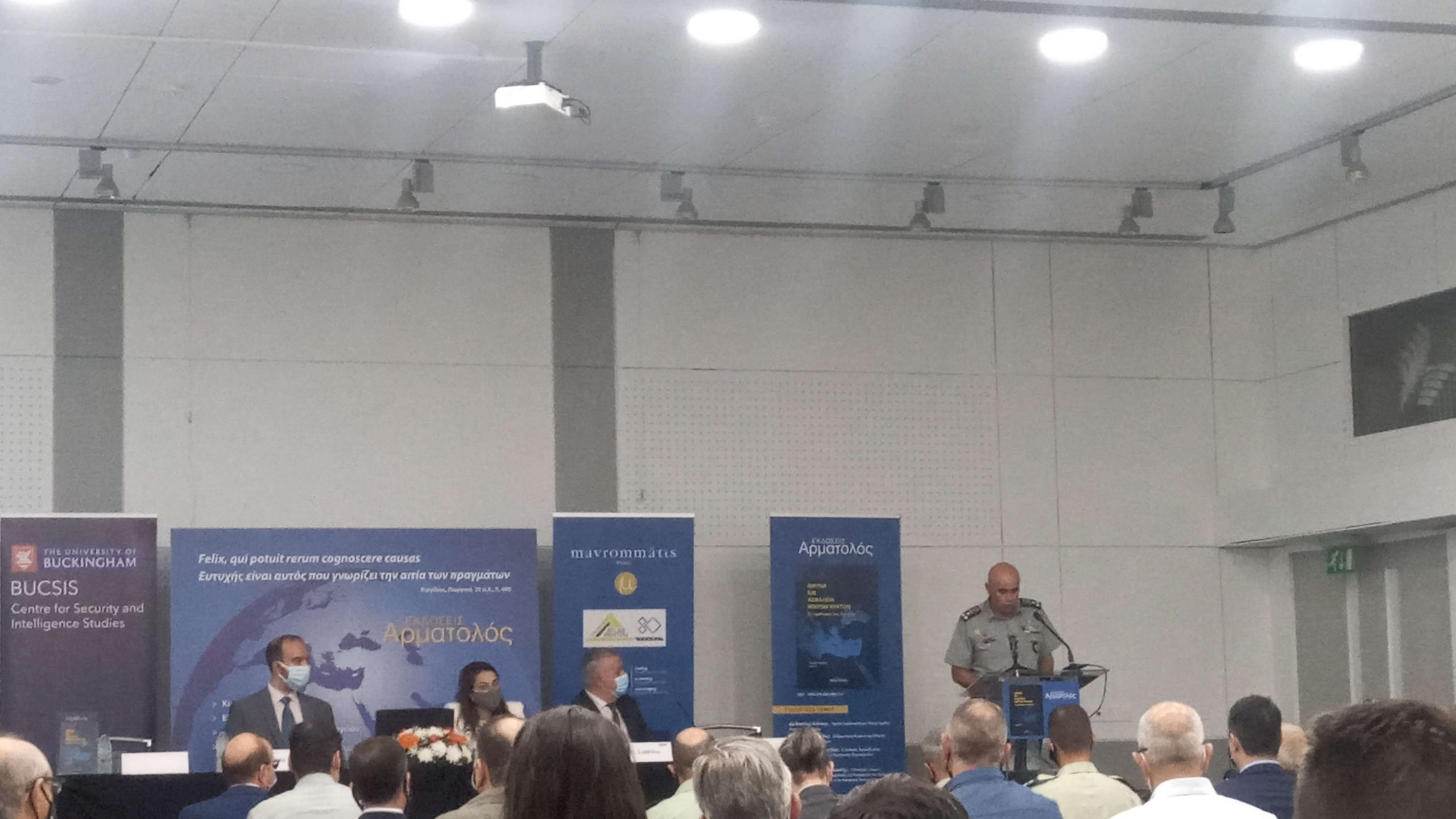 The presentation of the volume “Defence and Security of Small States: The Case of Cyprus” by Armatolos took place on Tuesday 21/9 at the Press Center in Nicosia. The book is based on a conference organised by the Ministry of Defence in 2020 for National Guard officials. The Minister of Defence Konstantinos Petridis and the Chief of the National Guard, Lieutenant General Democritus Zervakis, gave a speech during the event.

In his position, the Minister of Defence, Mr. Charalambos Petridis, after emphasising the importance of geography in international political developments, referred to the difficulties of dealing with the new hybrid threats within the anarchic and multipolar international system. He also stressed the need to use smart power, while characteristically stating that peace requires effort, investment in personnel and means, but also sacrifices. Finally, regarding the volume that was presented, the Minister referred to the importance of the contribution of the academic community to the enrichment of the knowledge of the officers of the Armed Forces and the upgrading of state defence.

The Chief of the National Guard, Lieutenant General Democritus Zervakis, referred to the concepts of defence and security which are inherent in the existence of the state, while emphasising the fact that the present work fills an existing gap in the international literature of international relations, which usually focuses on the great powers and not so much on small states. He also said that the book’s approach is broad and not univocal for the defence sector and added that the contributions can be taken into account by competent authorities. Finally, he referred to Turkey, which remains the main security threat to the Republic of Cyprus and the role of the National Guard, which is a pillar for achieving political goals.

This was followed by short presentations by the contributors of the volume on the topics they examine. The contributors are Dr. Petros Savvidis, Dr. Nikolas Ioannidis, Michalis Kontos, Dr. Vassilis Kappis, Dr. Panagiotis Hatzipavlis, Marios Poullados and Dr. Constantinos Constantinou. The book deals with, among others, issues of high strategy, operational issues concerning the defence of the Republic of Cyprus, issues of international maritime and airspace law, analysis of the Turkish strategy towards the Cyprus energy program, the burning issue of defence expenditure and the role of intelligence in modern warfare.