Announcement of the Ministry of Interior for the crossings via Checkpoints
Defence Redefined
Published on 20/06/2020 at 16:00 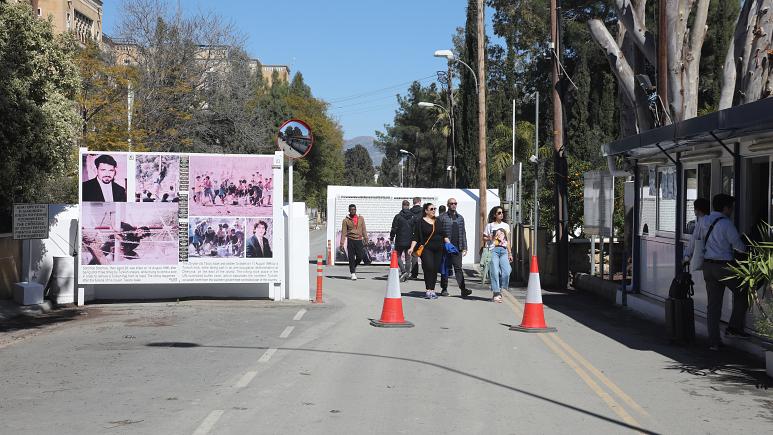 An announcement was issued by the Ministry of Interior on the occasion of the laxation of the measures concerning the movement through the checkpoints, from and to the areas controlled by the Government of the Republic.

In particular, the movement of all groups of persons included in the previous announcement of the Ministry of Interior (on June 5) will be allowed. This applies only if they will present, for the first time they pass the checkpoints, a negative molecular examination certificate for COVID-19 disease, issued up to 72 hours before the crossing. Random sampling tests will be performed afterwards.

The categories of persons who will only have to present a negative molecular examination certificate for the first time are:

Private vehicles will not be allowed to pass via checkpoints. For this purpose, a certificate of attendance from the school or academic institution must be submitted, which must include the full name. Pupils / students are allowed to contact the schools / academic institutions in which they study, in order to be informed about the details of their transport from the Ledra Palace checkpoint.

All Cypriot citizens who do not fall in the above categories, as well as all legal residents, will be able to pass to and from the areas controlled by the RoC, provided that they present a negative molecular examination certificate for COVID-19 every time they travel. The test will have to be issued up to 72 hours before the crossing.

Passage via checkpoints will also be permitted on exception by the Minister of Interior for humanitarian reasons.

Cyprus Police | Ready for the checkpoints to reopen