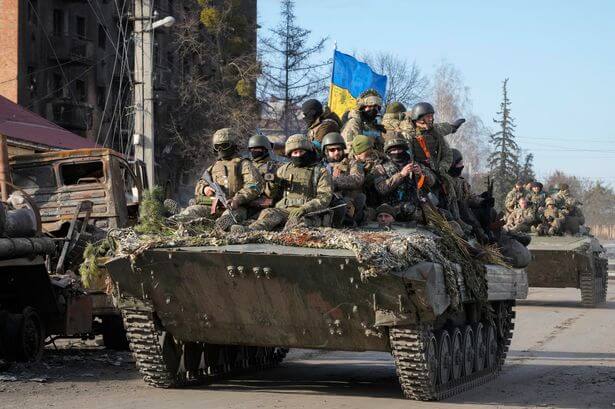 Orthodox Easter has not been a reason for ending the conflicts in Ukraine.

As has become known, units of the Russian Army have occupied various positions in eastern Ukraine where they are fortified, according to information from the Ukrainian General Staff late last night, reports Euronews.

In the past 24 hours, Russian forces have attacked the town of Sloviansk in the Danetsk region, while gaining ground in Lozova, a small town but a major railway junction in the Kharkiv region, according to Ukrainian generals.

According to the same source, Russian forces are expanding their positions and preparing for new attacks in Selena Dalina in the Danetsk region and in Crimea, in the Lugansk region, 40 kilometers east, which they captured a few days ago.

They may also have been based in Stepne, in the Danetsk region, according to the Ukrainian General Staff. Ukrainian forces were able to repel attacks in the Luhansk region – 80% of which is said to have fallen to the Russians – in Rubysne and in the village of Novotoskivsk. In Mariupol, Russian forces continue their airstrikes and blockade of the Azofstal steel plant, always according to the Ukrainian General Staff.

According to Ukrainian President, Volodymyr Zelensky, there are about 44,000 troops in the Luhansk and Danieck regions. The Russian Army and separatists are estimated to have deployed up to 80,000 men there.

It is believed that Russia aims to encircle Ukrainian Army units in Donbas.

The Interfax news agency quotes the deputy commander of the central military command as saying that in the second phase of Moscow’s alleged “military operation” the objectives are:

For more than 30 years, Moldova has had between 1,500 and 2,000 Russian troops in its territory since the end of the war in Transnistria.

The Ukrainian authorities hope that a corridor will be opened within the day to allow the evacuation of civilians from Mariupol.

Mrs. Verestschuk has designated a shopping mall in the northern part of the city, located on one of the escape routes, as the concentration site for civilians this morning.

She acknowledged that several attempts to open humanitarian corridors have failed and assured that she understood how difficult the situation is for civilians in Mariupol. “But we must try as many times as necessary until we reach a result,” added Mrs. Verestschuk.