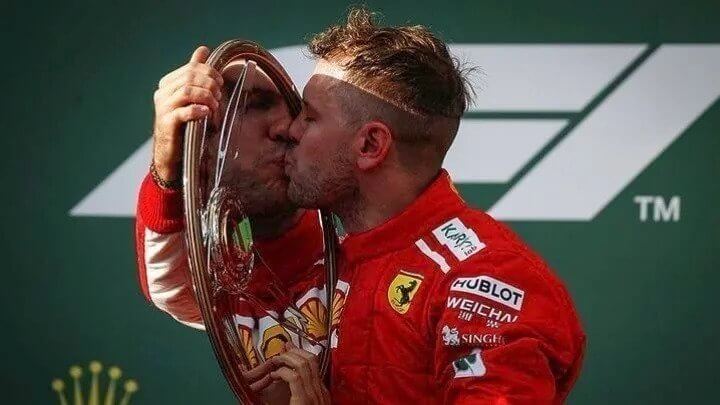 The president of the Hellenic Motor Sports Federation, Dimitris Michelakakis, sent an open letter to the German driver of Formula One, Sebastian Vettel, (Aston Martin) and to the FIA, following the issue that arose today with the helmet of the World Champion, which displayed the flag of the pseudo-state of Northern Cyprus.

In the Formula One tests in Bahrain, the four-time German champion replaced the German flag with the Ukrainian one on his helmet, while at its base he has placed the flags of all the countries that have expressed their opposition to the Russian invasion of Ukraine. However, among the countries was the so-called Turkish Republic of Northern Cyprus (TRNC).

It is worth noting, however, that a representative of Aston Martin confirmed that the flag of the pseudo-state was removed from the helmet of the German pilot.

The letter in detail:

We are pleased to announce that you have symbolically decided to display all the flags of the states that are against the Russian invasion of Ukraine.

This joy, however, was followed by our bitterness, since among the states displayed is the flag of Turkish-occupied Northern Cyprus.

A pseudo-state occupied by Turkey since 1974 after an invasion which has not been recognized by any state or World Organization other than Turkey itself. A history of occupying areas of an independent state for 50 years. Just like the case of Ukraine.

As you realize due to your worldwide recognition, this whole situation gains special weight.

We warmly ask you – and we are waiting for you to do what you have to do – that is, to remove the flag of the pseudo-state from your helmet. In this way, you will not offend Cypriots and Greeks, alive or dead, along with your just support for what is happening now in Ukraine.

Thank you for your attention and we wish you good luck.