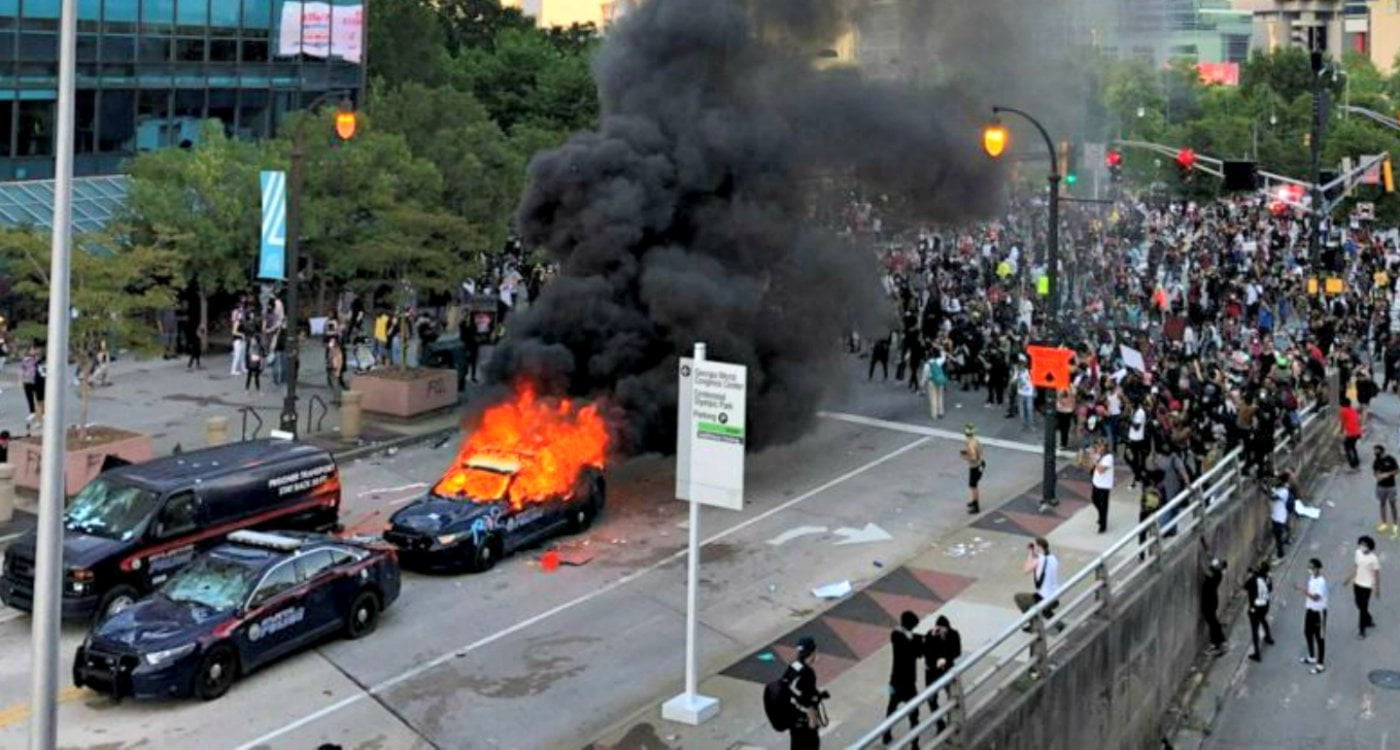 Unrest and tension escalate in the US, on the streets of big cities, after the death of George Floyd from police violence.

Demonstrations took place in several major US cities last night, May 29, despite accusations of negligent homicide against the former white police officer following his arrest after three nights of turmoil.

An earlier curfew was imposed in the city in the midwestern state of Minnesota yesterday.

The family of 46-year-old George Floyd, who President Donald Trump contacted, welcomed the arrest of the officer, which was a first step “on the road to justice”. However, the deceased’s family said that such a development was “belated” and insufficient.

At present, only Derek Sauvin, a police officer who pressed his left knee on the neck of the deceased, causing him to suffocate, has been “taken into custody,” said John Harrington, a Minnesota public security official.

The policeman’s face has been circulating all around the globe following the release of the video of George Floyd’s violent arrest because he allegedly tried to use a counterfeit twenty-dollar note.

Sauvin is accused of a cruel and dangerous act that caused death and negligent homicide, said the prosecutor of Hennepin County, Minneapolis.

The arrest and indictment followed a third night of unrest in the northern US metropolis, where protesters demanded justice.

In fact, as announced by the President of the United States, Donald Trump, the National Guard was deployed to enforce order and a curfew was imposed on Friday night, from 20:00 local time (03:00am Saturday, Greece time) to 06:00 the next day, after a police station was set on fire last night and several shops were looted.

Very late on Thursday night, for the third time, the demonstrations turned into riots around the police station of the four former Minneapolis police officers.

When confronted with an attack in front of the protesters, law enforcement forces left the building, around 22:00 local time. Angry protesters crossed the railings which were installed, smashed windows and set the police station on fire.

Shopping malls in the area experienced similar violent incidents, which also took place in some neighborhoods of the neighboring city of St. Paul, with sporadic clashes between the police and civilians.

19-year-old dead after he was shot by the police.

In the midst of all the unrest, another murder came to intensify the situation. According to CNN, a 19-year-old man in Detroit, Michigan, USA, was shot dead by a police officer late Friday night, May 29, according to the city police in an official announcement. The 19-year-old left his last breath in the hospital shortly after the incident.

The Detroit police could not confirm whether the victim was a protester, as the shootings took place amid the protests.

Also read: The wreckage of the helicopter that crashed in the Ionian Sea in April has been located