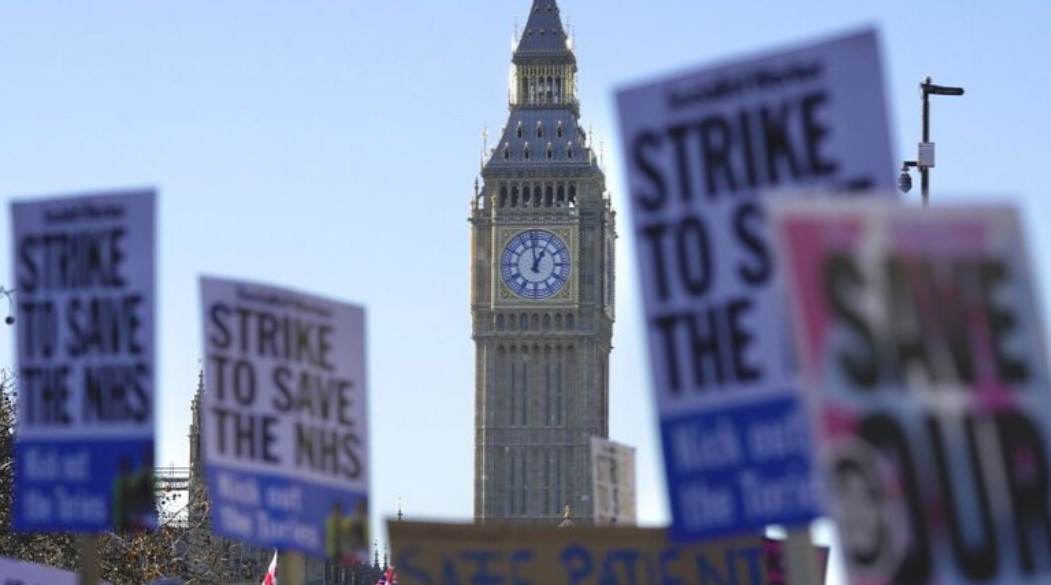 Around 1,200 soldiers and 1,000 civil servants will be recruited in the UK to replace ambulance crews and members of the Border Police who are on strike over Christmas.

Almost 600 members of the Armed Forces are to replace ambulance drivers and 150 will provide logistical support.

Almost 10,000 ambulance crews in England and Wales will strike on December 21 and 28 over pay demands. Unions say that military personnel is not adequately trained to take on the role of ambulance crews.

The Welsh Government has said soldiers will not be called on to drive ambulances in Wales.

Meanwhile, members of the Royal College of Nursing (RCN) are set to strike for the second time on December 20 in parts of England, Wales, and Northern Ireland following their first strike on December 15.

The union has warned it will give 48 hours after the strike ends for Ministers to agree to discuss pay rises or it will announce more strikes in the new year.

Meanwhile, the main union representing border police personnel is set to strike for eight days from December 23 to 31, which is expected to cause serious problems for holiday travelers.

The government has announced that civil servants will assist military personnel tasked with minimizing problems for travelers by taking part in document and passport control procedures.

Around 1,000 border police who work at passport control will strike on December 23-26 and 28-31 at Birmingham, Cardiff, Glasgow, Gatwick, Heathrow, and Manchester airports as well as the port of Newhaven, East Sussex, England.

Almost 75% of Border Guard personnel are members of the Public and Commercial Services union, which voted to strike after the government refused to give them a 2% pay rise.