INTERNATIONAL RELATIONS
UN | Security Council demands halt to flow of arms to gangs in Haiti
Defence Redefined
Published on 16/07/2022 at 13:00 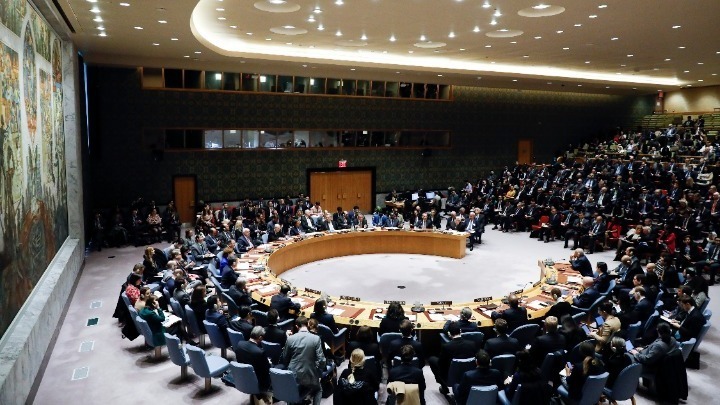 The United Nations Security Council unanimously adopted a resolution drafted by the US and Mexico on Friday, calling on member-states to halt all supplies of small arms to gangs in Haiti, without however going so far as to impose an embargo, as China persistently demanded this week.

The text calls on “Member-States to prohibit the transfer of small arms, small-caliber (weapons) and ammunition to non-state actors involved in or providing support to gang violence, criminal activities or human rights violations in Haiti.”

Beijing, which for days wanted to impose an embargo on small arms destined for Haitian gangs, considered that “this decision is a warning” to criminal organizations. Sanctions could be imposed on their leaders within 90 days under the ruling, China’s ambassador to the United Nations, Zhang Jun, said after the vote.

The text could be better, he added, however, estimating that this is a right step in the right direction. For a week, China committed to a diplomatic offensive to toughen the text initially submitted by Washington and Mexico, arguing it was too weak as the crisis in Haiti worsens.

China ruled on Thursday that an arms embargo to stop the equipping of gangs was the least the (Security) Council should do in response to this deplorable situation, as reported by APA MPA. The Chinese ambassador also highlighted once again the power vacuum, the deteriorating humanitarian situation, and gang violence in Haiti.

Beijing has become a key player in the United Nations with regard to Haiti in recent years, which – according to Western diplomats – is due to Port-au-Prince’s recognition of Taiwan, something unacceptable to China, and it either wants retaliation or hopes that the political process in Haiti will provide an opportunity to overturn this decision. Of course, Chinese diplomacy denies that there is a connection between the two issues.

Coincidentally or not, in the midst of laborious negotiations to renew the mandate of the UN civilian mission (BINUH), Haitian authorities made a – rare – arms seizure in the capital Port-au-Prince.

The customs service announced on Thursday evening that it proceeded to seize, from the first container of the three it had targeted, “18 military weapons, four (4) 9mm pistols, 14,646 rounds, 140 magazines, a pair of binoculars and 50,000 counterfeit dollars,” while several arrest warrants have been issued for persons suspected of being connected to this shipment in Haiti.

In addition to the arms embargo, China has also failed to force the opening of consultations on sending a police force from regional states to Haiti so as to bring the situation under control.

The text voted was merely asking Secretary-General Antonio Guterres to discuss with countries in the region the possible options for restoring security in the Caribbean country. The Secretary-General is called to present a report on the results of his contacts on October 15.

At least 89 people have died in a week of gang clashes in Port-au-Prince, the Haitian capital, where prices have soared and fuel shortages are worsening, threatening the distribution of critical humanitarian aid to many residents.

The decision approved yesterday calls for an immediate end to gang violence and criminal activities in Haiti and renews BINUH’s mandate until July 15, 2023. Violence in Haiti continues to escalate, one year after the assassination of President Jovenel Moise.

Also read: USA | IS leader in Syria killed in US strike