INTERNATIONAL RELATIONS
Ukrainian crisis | Russia claims that the first phase of the “special operation” is being completed
Defence Redefined
Published on 26/03/2022 at 13:00 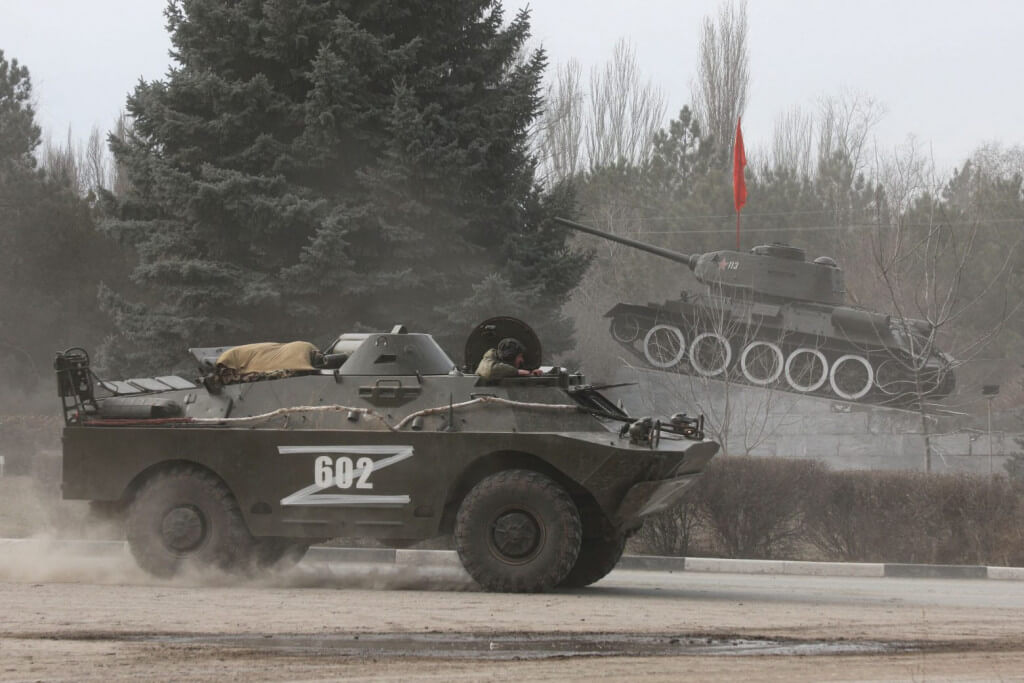 Russia announced yesterday, March 25, that the so-called first phase of its military operation in Ukraine has been completed for the most part and that it will now focus on “completely liberating” the Donbas region in eastern Ukraine.

The announcement seems to indicate that Russia may change its original plan and seek more limited goals after facing strong opposition from Ukraine in the first month of the war.

In a statement, a senior US defence official said that, according to US estimates, Russia is giving priority to Donbas in eastern Ukraine, as opposed to Kyiv, in an attempt to leverage the negotiations and cut off Ukrainian forces stationed in the east from the rest of the country.

On the Russian side, the Chief of Operations of the Russian General Staff, Sergei Rudskoi, stated that the main objectives of the first phase of the operation have been generally achieved and that the combat potential of the Ukrainian Armed Forces has been significantly reduced, a fact that allows Russian efforts to focus on achieving their main goal, the “liberation” of Donbas.

The Russian Defence Ministry says separatists, backed by Russia, now control 93% of the Luhansk region and 54% of the Donetsk region, the two Donbas regions.