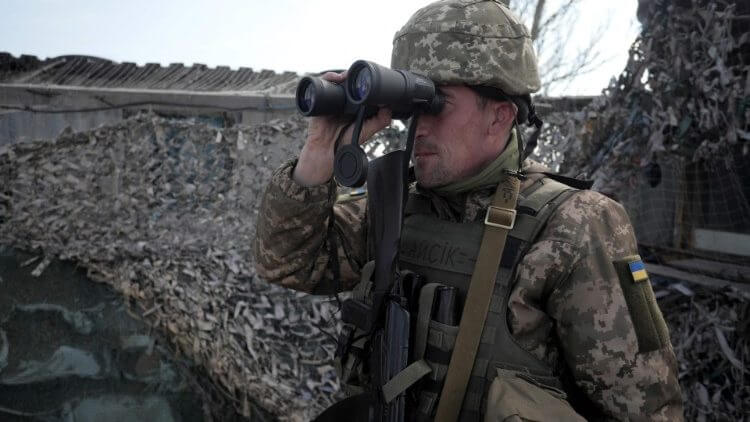 The Ukrainian Army has lined up about 150,000 troops along the dividing line on the Ukrainian civil war front, according to Denis Pushilin, head of the Donetsk local government, which is viewed by Kiev as separatist and Russian-controlled.

“The transfer of equipment to Kiev-controlled territory does not stop and the situation is escalating daily. From the rhetoric of the West and the real actions of Kiev, we see that Ukraine is ready to take aggressive steps, to a military solution to the conflict,” said. D. Pushilin on the “Soloviev-live” network.

According to the Russian agency “RIA-Novosti”, the leader of the self-proclaimed “Donetsk People’s Republic” believes that the escalating hysteria in the West may indicate that Ukraine is preparing new provocations against Russia and in this context, all can probably be these predictions of an impending Russian attack, exposed by the Western media and made by all sorts of politicians.

Pushilin noted that there had never been a complete cessation of flights over Ukraine or an evacuation at such a pace and the relocation of diplomats to the city of Lviv in western Ukraine. Regarding an explosion that took place at a distance of 1-1.5 km from the dividing line on the Ukrainian side, near the village of “Opitnaya”, he noted that the incident may be some kind of provocation, shot by journalists or something similar”.

The remarks come as Western officials repeatedly warn of a possible land invasion of Ukraine, as Russia has deployed more than 100,000 men on the Ukrainian border and is conducting exercises in the Black Sea and Belarus, estimations that according to Russian diplomacy are considered “hysterical” and out of reality.

At the same time, many countries have removed diplomats from the country and have issued travel recommendations to their nationals to avoid traveling to Ukraine.

Yesterday, 12/02, a new conversation took place between Biden and Putin during which, according to a White House official, there was no fundamental change in the dynamics observed in the barrage of diplomatic contacts that have taken place in recent weeks. President Biden has again warned Russia of the serious and rapid consequences in case of military action.

With information from: APA MPA, CNA