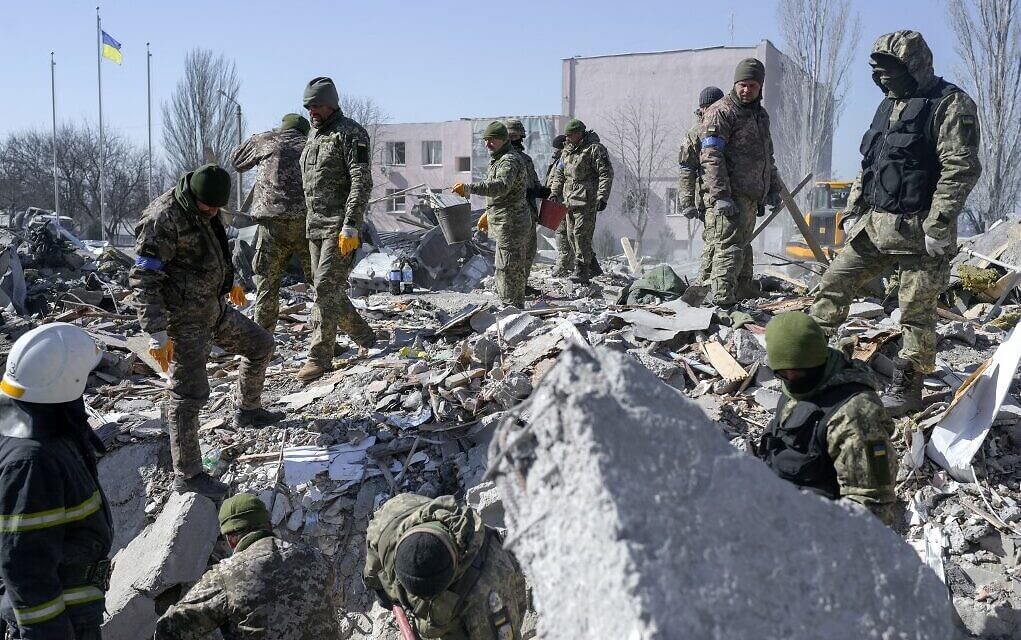 Ukrainian military barracks were completely destroyed by a Russian air raid on the city of Mykolaiv (Nikolayev in Russian) in southern Ukraine, creating fears of a heavy death toll. The barracks, located north of the city of Mykolaiv, were hit by six Russian missiles on Friday. No casualty information has been released by the Ukrainian authorities.

However, according to photos he posted on his Twitter account, Belgian reporter Robin Rammekers reports that more than 80 bodies have been retrieved from the ruins, with many more visible under the rubble.

The governor of Mykolaiv, Vitaly Kim, in a video posted on Facebook, accused the Russian forces of carrying out timid strikes against soldiers at bedtime and announced that the rescue operation continues, stating that he is waiting for information about the Ukrainian casualties.

According to military information on the ground, about 200 young soldiers were in the barracks at the time of the attack. Dozens have been killed, another Ukrainian soldier has said. “We continue to count, but it is impossible to know because of the condition of the bodies,” said a rescuer.

Mayor of Mykolaiv, Oleksandr Senkevich, said, according to Ukrainian media, that the city, which had a population of half a million before the war, had been bombed by the Russian-controlled neighborhood of Kherson. Mykolaiv and its environs are the scenes of heavy fighting and Russian bombing because the city is of strategic importance location as the last hub before Odesa city.