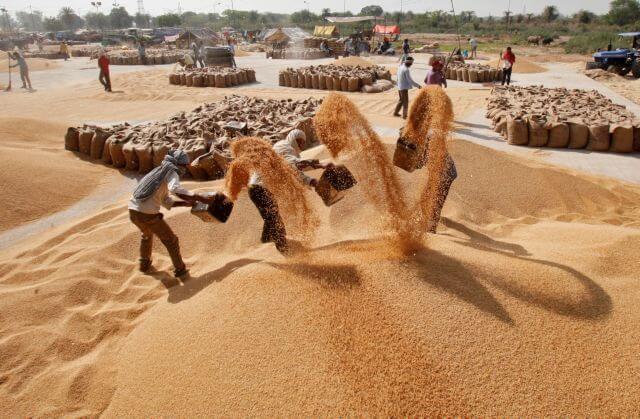 Ukraine and Russia are set to sign an agreement today in Istanbul that will allow the export of Ukrainian grain blocked in Black Sea ports after months of anxiety and the increased risk of a food crisis.

Earlier, a member of the Ukrainian delegation reported that exports may resume from three ports, of Odesa, Pivdeni, and Chornomorsk. Almost 25 million tons of cereal and grains remain blocked in Ukrainian ports.

The agreement was the core of a two-month negotiation and will be signed in a few hours (16:30 Greek time) at the Dolmabahçe Palace in the presence of UN Secretary-General Antonio Guterres, as announced by the office of the Turkish President, Recep Tayyip Erdogan, on Thursday.

The agreement provides for:

The center will be attended by representatives of the three sides, one Ukrainian, one Russian, and one Turkish, as well as a representative of the United Nations and their teams. These will be responsible for drawing up the rotation schedule of ships in the Black Sea and for controlling the maritime hallway in question.

According to Euronews, the details of the plan stipulated that Ukrainian ships would guide the grain ships in and out of mined port waters, with Russia agreeing to a ceasefire during the transit of the cargoes and Turkey – with the support of the United Nations – to inspect ships.

The inspection of the ships that will transport grain was a requirement of Moscow which wanted to exclude the simultaneous transfer of weapons to Ukraine.

For practical reasons, the inspections will not take place at sea, something that had been considered, but in Turkey, most likely in Constantinople, which has two major commercial ports, Haydarpasa, at the entrance to the Bosphorus, and Ambarli, in the Sea of ​​Marmara.

According to experts involved in the negotiations, it will take another three to four weeks to complete the preparations and start its operation.

The agreement was welcomed by the United States. “We welcome the announcement of this agreement in principle, but what interests us now is that Russia implements it and that Ukrainian grain reaches world markets,” State Department spokesman, Ned Price, said.

A day after last week’s Constantinople talks, the United States sought to ease Russian food and fertilizer exports by assuring banks, shipping, and insurance companies that the transactions would not violate Washington’s sanctions against Moscow over its invasion of Ukraine.

Russia and Ukraine account for nearly a third of global wheat supplies, while Russia also exports fertilizer and Ukraine corn and sunflower oil. However, Ukrainian grain shipments from Black Sea ports have been halted since Russia’s invasion, with some 20 million tons of grain stuck in Ukraine’s ports and hinterland.

Also read: Russia to Lithuania | “Our response to Kaliningrad will not be merely diplomatic”