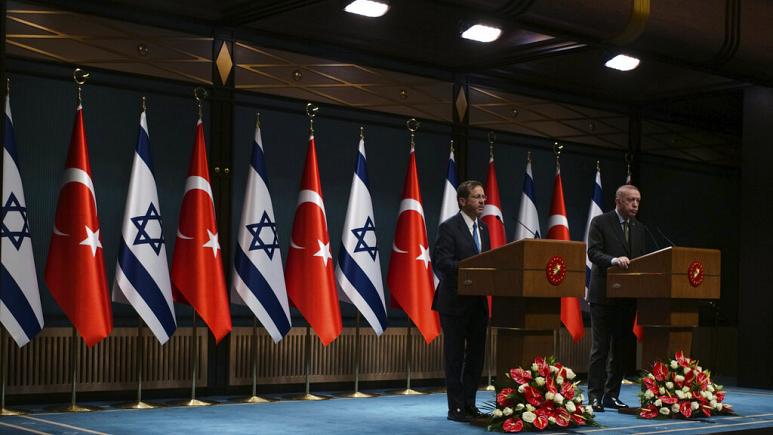 Tel Aviv urgently urges all Israelis planning to travel to Turkey to cancel their scheduled trips.

This was preceded by a barrage of reports in the Israeli media about an attempted major terrorist act that had already begun to be carried out within Turkish territory.

According to Euronews, a network of Iranian agents had targeted a tourist resort in Turkey that was hosting unsuspecting Israeli tourists. The attempt failed after an intervention by the Israeli secret services in close cooperation with the respective Turkish ones.

Similar reports surfaced on Sunday, saying a terrorist attack against “official Israeli targets” in Turkey had been averted, with alleged Iranian involvement. For both cases, the Israeli media did not provide further details.

In a statement yesterday, Israeli Foreign Minister, Yair Lapid, called on all Israelis who are either planning to travel to Turkey or travel by transit to or from Istanbul International Airport to cancel their scheduled trips as a matter of urgency. He also called on Israeli citizens currently in Turkey to leave immediately.

“In recent weeks, state authorities have been making enormous efforts to save the lives of Israelis. Many of those moving carelessly among us do not know that they have been saved. The terrorists’ efforts are aimed at hitting Israeli tourists. They are targeting Israeli citizens in order to either kidnap or kill them.

“If you have booked a ticket to travel to Istanbul, cancel it. No tourist trip is more important than your life and the lives of your loved ones. Obey the instructions issued by the Ministry of Foreign Affairs, which we are constantly updating after continuous security assessments,” said the Israeli Foreign Minister.

Yair Lapid publicly thanked the Turkish government “for its efforts to save the lives of Israeli citizens in the country” and addressed Iran, adding: “Anyone who harms Israelis will not go unpunished. Israel will find and punish them wherever they are.”

On Iran’s part, two Revolutionary Guards officers who lost their lives in road accidents have been described as “witnesses” by pro-government media, without giving further details.

The Israeli National Security Agency issued a stern recommendation in late May to the citizens of the country not to visit Turkey for any reason and not to use the Istanbul International Airport as a transit station, because there is “specific information regarding the planning of terrorist acts against Israeli tourists within Turkish territory, where an extensive network of Iranian agents operates.”

According to the Israeli media, a large number of travelers defied the recommendation and the Turkish resorts host a significant number of tourists from Israel, while the number of Turkish Airlines flights between Tel Aviv and Istanbul has increased sharply since the end of May.