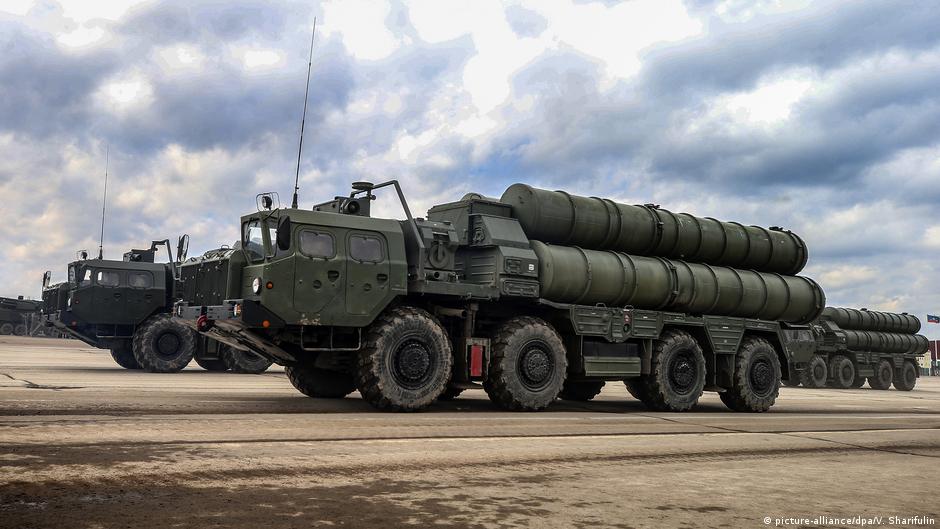 The head of the Russian Federal Service for Military-Technical Cooperation (FSVTS), Dmitry Shugaev, said that a contract was signed with Turkey for the supply of another battery of S-400 anti-aircraft missiles. The said contract was signed during the International Defence Exhibition “Army-2022”, which is being held from August 15 to 21 at the Patriot Exhibition Center by the Russian Ministry of Defence.

Mr. Shugaev stated that this year’s difficult political situation has had a negative impact on some aspects of the relations between Russia and cooperating countries. Despite this, the military and technical cooperation with Turkey is developing based on the agreements concluded between the leaders of the two countries on the basis of transparency and mutual benefit.

In fact, the agreement in question includes a provision regarding the domestic production of some of the missiles’ components, as reported by the Russian news agency TASS.

At this point, it should be emphasized that there was a provision for a second batch of S-400 since the first Turkish order in 2017, but it was not realized mainly due to US pressure. Turkey has since publicly stated that it also claims co-production of the next S-400.

Specifically, a Turkish official said today that there are no new agreements and that the initial contract signed with Russia for the purchase of the S-400 already provided for two batches. The purchase of the second batch is included in the original planning and related contract; therefore, there are no specific developments worth mentioning. Therefore, the process is ongoing and there are no new agreements, he reiterated emphatically.

However, these days a Turkish delegation is in the USA to negotiate the sale of 40 F-16V fighter jets as well as the upgrade of another 80 fighter aircraft of the same type. In this light, the said Russian announcement may have negative results for Turkey, while it may even provoke new American sanctions.

In general, in terms of air defence, Turkey has stated – through its officials – that it is discussing the order of a second batch of S-400 with Russia, but that the issue is “under consideration”. At the same time, Turkey has said that it does not need foreign weapons, as it is developing its own domestic ones, such as the HISAR, SIPER, claiming that it is discussing with Macron and Draghi the supply of the SAMP/T air defence systems.

Russia and Turkey signed a contract for the supply of S-400 air defence systems from Moscow to Ankara in 2017. Turkey was the first NATO country to acquire these systems from Russia. Ankara’s decision provoked a strong negative reaction from the United States and the alliance as a whole.

The United States does not stop trying to convince Turkey to give up the Russian air defence systems. Washington, due to the fact that Turkey does not give in to pressure and get rid of the S-400s, previously excluded Ankara from the US program to produce the fifth-generation fighter jet F-35, among other sanctions.

Also read: State Department | The US is not ready to accept Turkey’s possession of S-400s

Also, at the opening of the “Army-2022” Exhibition, the Russian President, Vladimir Putin, said that Moscow values ​​its relations with countries in Latin America, Asia and Africa and is ready to offer modern weapons to its allies stating its willingness to share technology with countries of common ideology.

The Russian President, addressing guests from about 70 countries, according to the organizers of the exhibition, praised the work of the Russian military industry, assuring that it is equipping his country’s army with modern weapons that are now used for victory, while also stressing that Russia has partners on several continents who are showing courage and not bowing to the US.

Western military analysts say that the poor performance of the Russian troops and the Russian weaponry could make its arms exports less attractive to potential buyers such as India, which has depended heavily on Russian technology in the past.

For its part, Russian arms exporter Rosoboronexport assured that Western sanctions do not affect sales abroad. By the end of 2023, its head, Alexander Mikheev, assured that India will receive five S-400 air defence systems, based on the contract signed between New Delhi and Moscow.