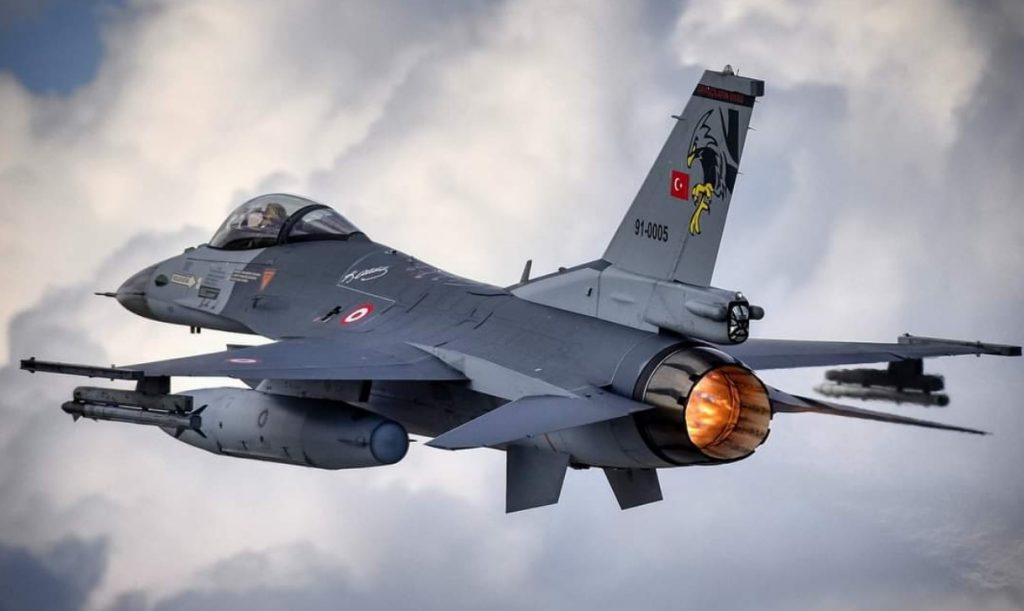 The Turkish Ministry of Defence announced today the start of the “Forked Sword” air operation in northern Iraq and Syria, countries that are considered to have been used as bases by Kurdish terrorists.

The planes took off from their bases and the air operation kicked off, the Ministry said in a statement, one week after the bloody attack in Constantinople.

The operation is being conducted under the legitimate rights of defence as provided for in Article 51 of the UN Charter, in order to neutralize terrorist attacks from northern Iraq and Syria, ensure border security and eliminate terrorism at its core, the announcement added.

Syrian Kurdish forces confirmed that Turkey bombed areas under their control in the northern part of the Syrian territory last Saturday night, while Ankara declared that the “time of reckoning” has come after the terrorist act in Constantinople last Sunday, November 13.

The airstrikes were launched even though a few days earlier the Kurdistan Workers’ Party (PKK) and the US-backed Syrian Democratic Forces (SDF) rejected Ankara’s accusation that they were behind the attack on Istiklal last Sunday, when six people died and 81 others were injured.

According to the SDF, the Turkish shelling targeted SDF positions in the provinces of Aleppo (north) and Hasakah (northeast), mainly in the city of Kobani, a short distance from the border with Turkey. However, Farhad Sami, the representative of the SDF, mainly comprised of the Kurds, had denied that the latter were behind the bombing in Istiklal.

According to the Syrian Observatory for Human Rights, there were more than twenty strikes by the Turkish Army in the two provinces, which resulted in the death of at least six members of the SDF and six Syrian soldiers. Kurdish organizations do not announce losses in their ranks.

“The time of reckoning has come,” Turkish Defence Minister, Hulusi Akar, said in a Twitter post over a photo showing a Turkish F-16 fighter jet taking off for a night operation, adding that those responsible will be held accountable for their treacherous strike attacks by means of precision strikes in their nests.

The Turkish Defence Ministry has not so far officially released any details about the ongoing operation, while the US State Department said last Friday that it feared possible military action by Turkey in northern Syria and northern Iraq, urging Americans to avoid those two regions.

Between 2016 and 2019, the Turkish military launched three large-scale operations in northern Syria against Kurdish paramilitaries and other organizations.