INTERNATIONAL RELATIONS
Turkey | Ministry of Foreign Affairs reacts to lifting of US arms embargo on Cyprus
Defence Redefined
Published on 18/09/2022 at 09:54 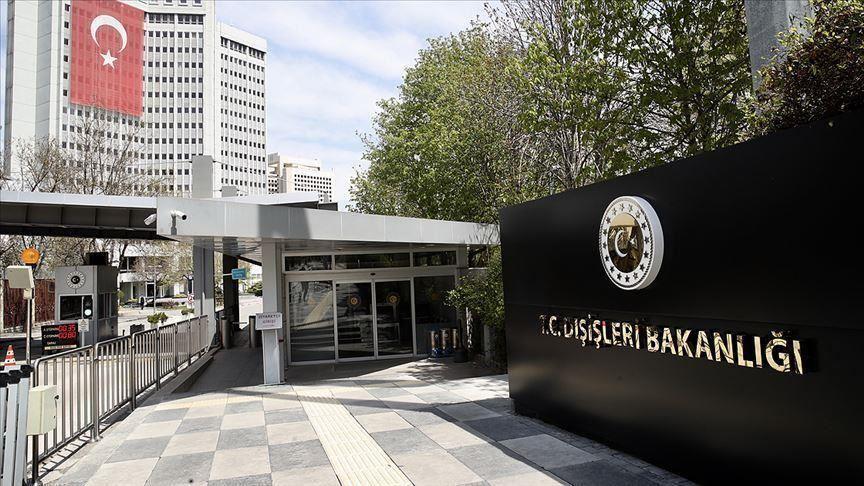 In a statement, the Turkish Ministry of Foreign Affairs emphasizes that it fully supports the reaction of the authorities of the so-called “Turkish Republic of Northern Cyprus” (TRNC) regarding the decision in question.

The announcement goes on to say that this decision contradicts the principle of equality between the two sides on the island and will make the Greek-Cypriot side more intransigent, will negatively affect efforts to resolve the Cyprus problem, cause an arms ‘race’ on the island and harm peace and stability in the Eastern Mediterranean.

The announcement continues with Turkey calling on the US to review this decision and pursue a balanced policy towards the two sides on the island.

According to the Turkish side, the international community, including the US, should take note of the sovereign equality and equal international status of the Turkish-Cypriot people, which was confirmed by the Treaties of 1959-1960, and act accordingly.

The announcement concludes by pointing out that in any case, Turkey, as a guarantor country, will continue to take the necessary steps within its historical and legal responsibilities in order to ensure the existence, security, and peace of the Turkish-Cypriots.

In a written statement on the decision of the USA, the Ministry of Foreign Affairs of the pseudo-state also states that this decision made by the US government at the expense of the increase in tension on the island and in the area is unacceptable.

The same announcement notes that the goal of the weapons and military equipment that the US government will sell to the Greek-Cypriot side is clear and concludes by saying that in order to protect the legitimate rights and interests in the region and on the island, there is no need to keep the substantial and de facto guarantee of motherland Turkey, provided by the Treaty of Guarantee.

In fact, according to the announcement, the pseudo-state expects all third parties, including the US, to stop supporting the provocative policies of the Greek-Cypriot administration and to help the two states on the island reach a sustainable agreement based on sovereign equality and equal international status.