INTERNATIONAL RELATIONS
Turkey | Fruitless talks with Sweden and Finland on NATO membership – “Attack” on Greece
Defence Redefined
Published on 22/06/2022 at 16:15 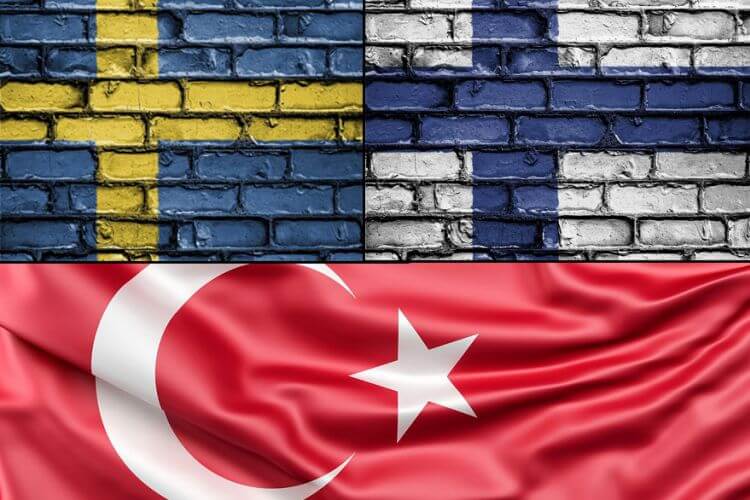 Talks among Turkey, Finland, and Sweden have been fruitless, while the Turkish representative has turned against Greece.

Talks among Turkish, Swedish, and Finnish officials in Brussels have been fruitless, with the NATO Secretary-General saying he looks forward to finding a way out as soon as possible.

According to iEidiseis, after the meeting in Brussels, the head of the Turkish delegation also referred to Greece during the briefing of Turkish journalists.

The meeting took place at the invitation of Secretary-General, Jens Stoltenberg, where senior officials from the Turkish Republic of Turkey, Finland, and Sweden met with senior NATO officials at the Alliance’s headquarters in Brussels on Monday (June 20th).

Under the chairmanship of Stian Jensen, director of the Secretary-General’s private office, the talks focused on security concerns raised by the Turkish Republic in order to make progress on Finland and Sweden’s NATO membership.

The Turkish delegation was led by Ambassador Ibrahim Kalin, Presidential Representative and Special Adviser to the President of the Republic of Turkey, while the Finnish delegation was headed by Petri Hakarainen, Director of Foreign Affairs and Civil Security at the Office of the President of the Republic of Finland. The head of the Swedish delegation was Oscar Stenstrom, Deputy Foreign Minister in charge of Foreign Affairs and the Political Security Council, in the Office of the Prime Minister of the Kingdom of Sweden.

The talks were held on Monday following a series of meetings in recent weeks aimed at addressing Turkey’s security concerns and making progress on Finland and Sweden’s applications for NATO membership. Talks will continue in the coming days.

According to Ibrahim Kalin, Turkey is awaiting the anti-terrorism bill to be passed in Sweden on July 1st, noting that negotiations are underway, but Ankara is waiting for concrete steps from the other side.

According to Kalin, Sweden does no longer wish to be a neutral country and wants to join NATO with Turkey waiting for the steps it will take in relation to what it has requested. Kalin also demanded the lifting of the arms embargo against Turkey and did not fail to call for an end to the PKK and FETO activities in Sweden and Finland.

For his part, Turkish Deputy Foreign Minister, Sedat Onal, added that the sooner these steps are taken, the sooner the decision will be made.

Meanwhile, the Turkish representative turned against Greece in an attempt to justify Ankara’s refusal to allow Sweden and Norway to join NATO.

“Greece has been vetoing the accession of Northern Macedonia for 11 years. Macedonia had to change the name of the country. After completing some steps, Greece said ‘yes’ to the accession of the Former Yugoslav Republic of Macedonia (FYROM) to NATO. Being a member of the alliance is an important step. It is extremely important that Sweden and Finland abandon this policy. They will review safety rules and pass new laws. The faster they take steps, the faster the process will be. We will all witness it in the coming days,” he said.