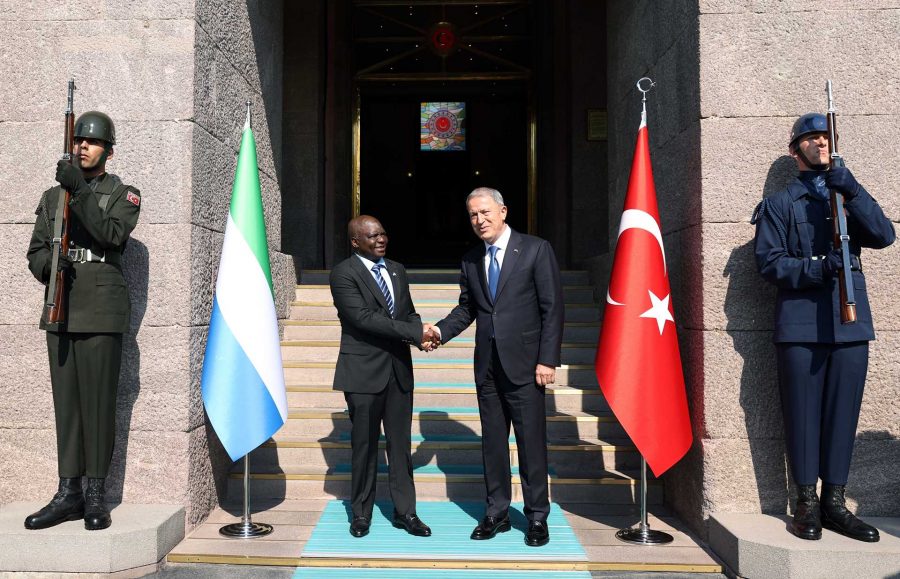 Turkish Defence Minister, Hulusi Akar, and his Sierra Leonean counterpart, Kelly Hassan, signed a defence agreement after a meeting at the Turkish Ministry of Defence. 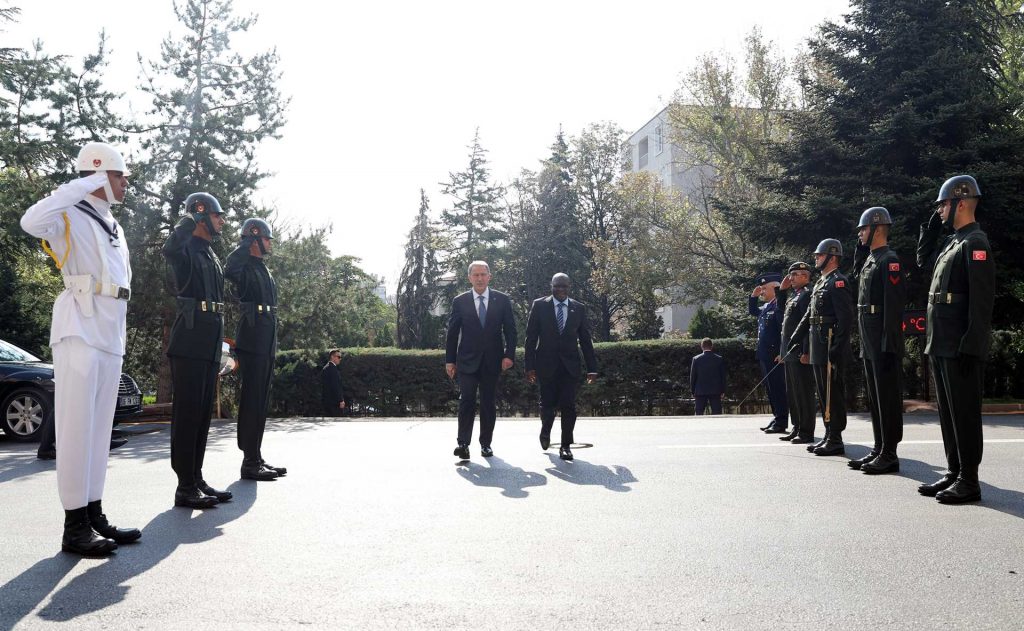 The signing of the agreement took place last week, on August 5, according to an announcement by the Turkish Ministry of Defence. The said agreement provides for the deepening of the defence cooperation between Turkey and Sierra Leone, particularly in the field of military training and defence industry. The first visit of the President of Sierra Leone to Turkey took place in 2017 as part of the deepening of Turkey’s relations with African countries. 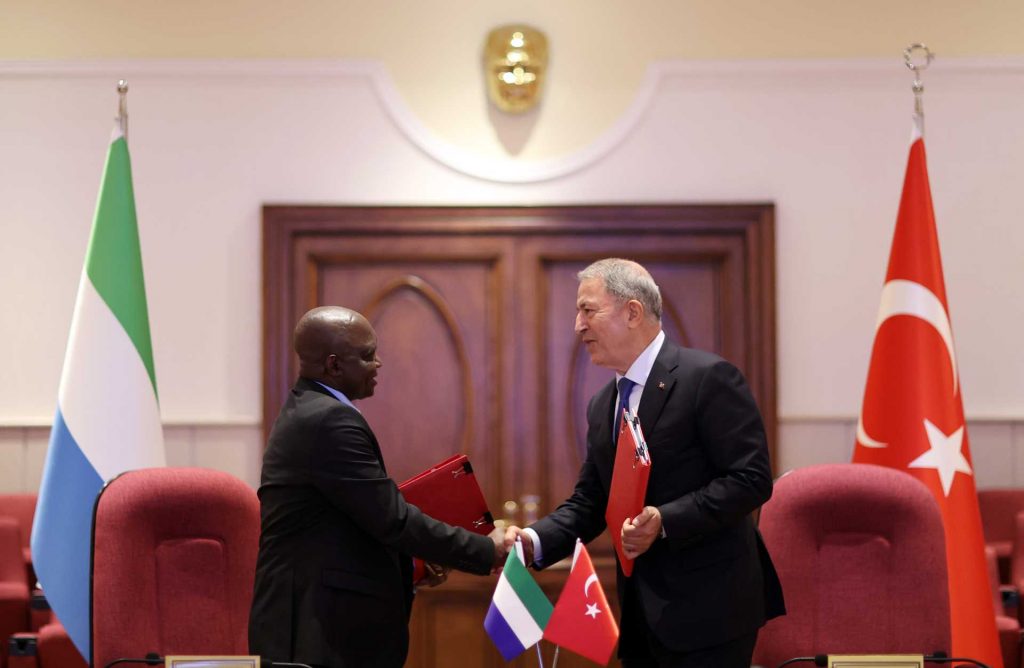 Turkey has already developed a wide network of defence relations with African countries with which it cooperates in the field of defence industry, military training and armaments. In fact, in some of them, as in the case of Somalia, Turkey also invests in the infrastructure sector; an investment these countries need, hoping for political and other benefits. In addition, other African countries, such as Nigeria, are buyers of Turkey’s defence industry, which also entails economic benefits. 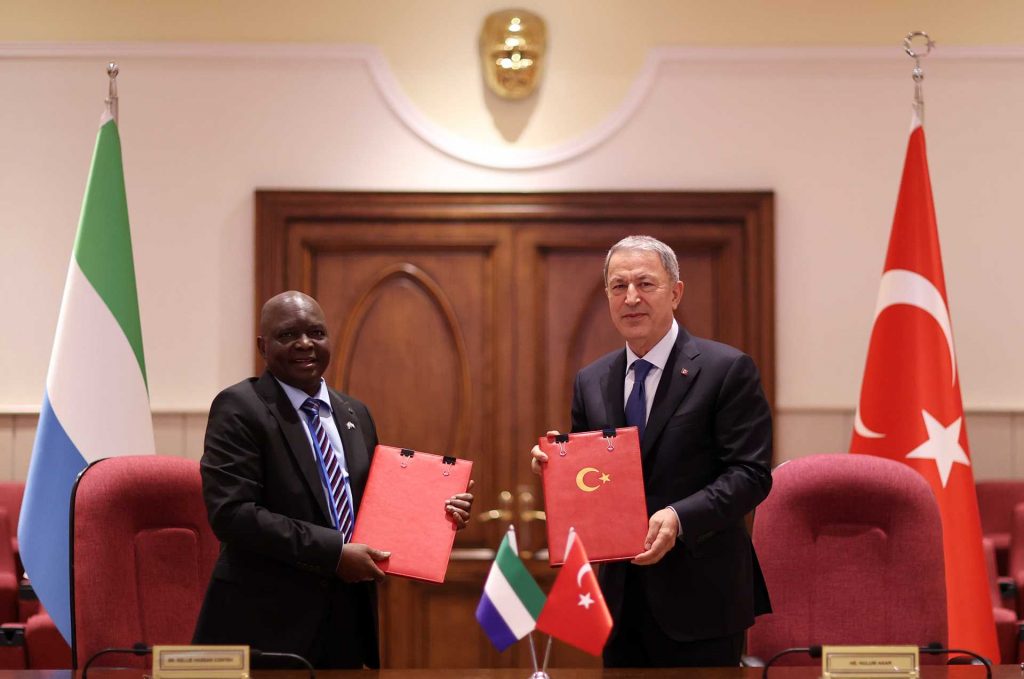 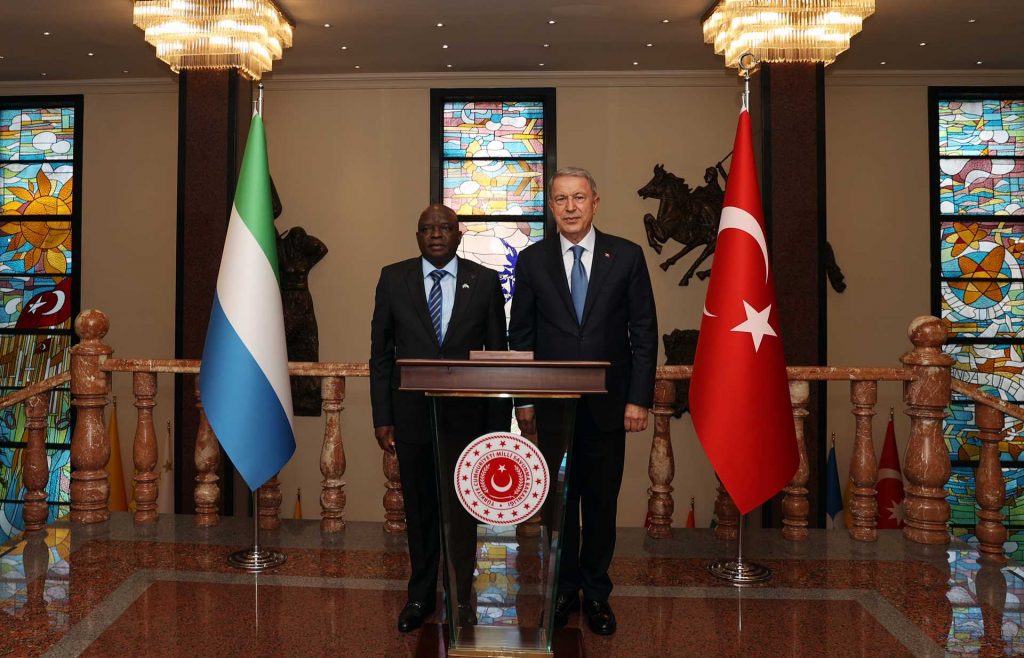 Also read: Nigeria signs contract with Turkish Dearsan for the purchase of 2 warships