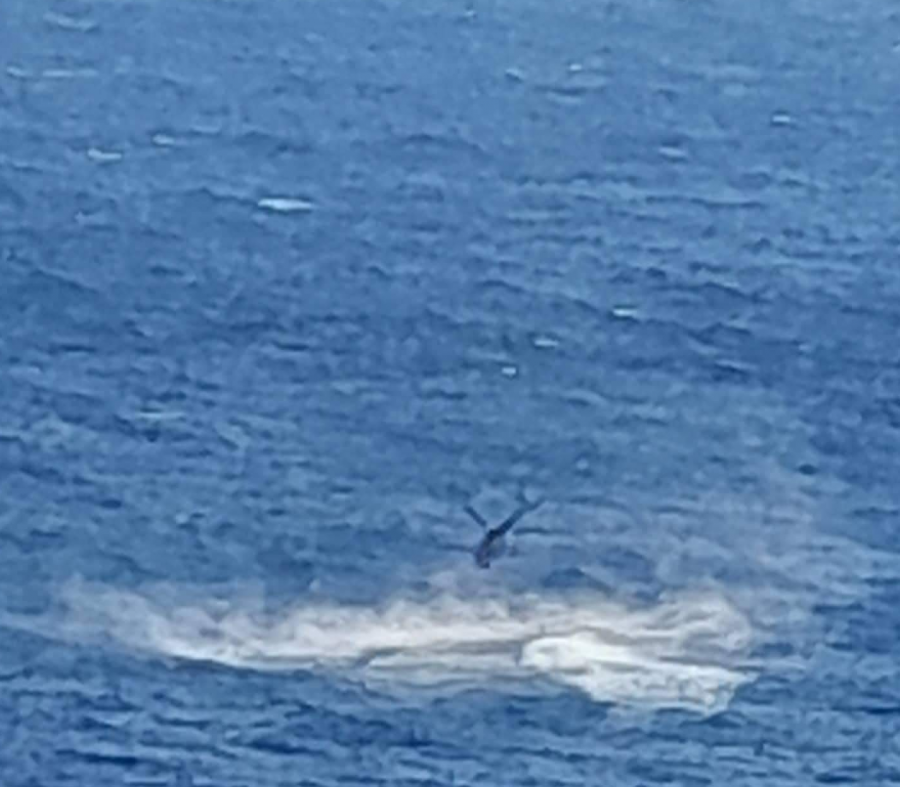 According to the National Center for Emergency Care (EKAV), two of the four people aboard the fatal firefighting helicopter that crashed while extinguishing the fire in Samos in the Plaka marine area southwest of the island have died.

The two deceased are the Greek liaison and the co-pilot of the helicopter, while the Moldovan helicopter engineer and the helicopter operator (also Moldovan), who was the last to be rescued by swimming to the shore, are safe.

The helicopter that was trying to extinguish a fire in Samos crashed at noon under unspecified circumstances.

At the same time, the fight to extinguish the fire continues. Ground firefighting forces and volunteers have been trying to control the perimeter of the forest fire, with the assistance of the Greek Army and the Local Government. The weather today is much better with mild winds blowing eastwards, making the firefighting easier. Aerial firefighting means have also been operating since this morning.

It is noted that the residents of Agia Kyriaki, which was evacuated yesterday as a precaution, are returning to their homes. According to ERT’s Aegean Station, a total of 78 firefighters are operating in Samos with 6 infantry groups, including 28 firefighters who came to Samos from Attica, 15 vehicles and two helicopters.

Support is provided by the Greek Army and the Local Government with construction machinery and water-dropping aircraft as well as a large number of volunteer firefighters with fire trucks.