SECURITY
The Italian Navy in Cyprus’ EEZ – When Turkey threatened ENI
Defence Redefined
Published on 26/08/2022 at 16:55 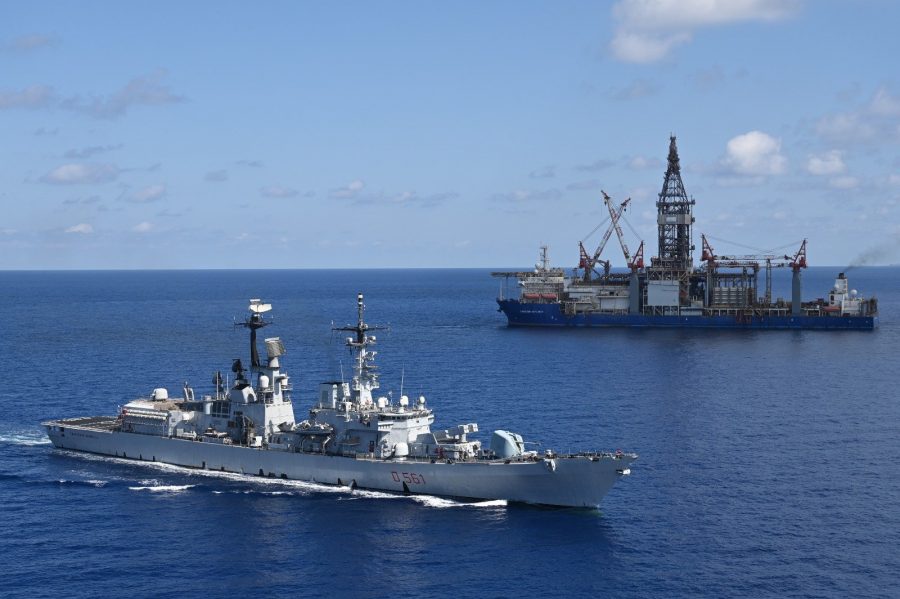 The Italian Navy is currently in the EEZ of the Republic of Cyprus to ensure the smooth operations of the Italian gas company ENI. 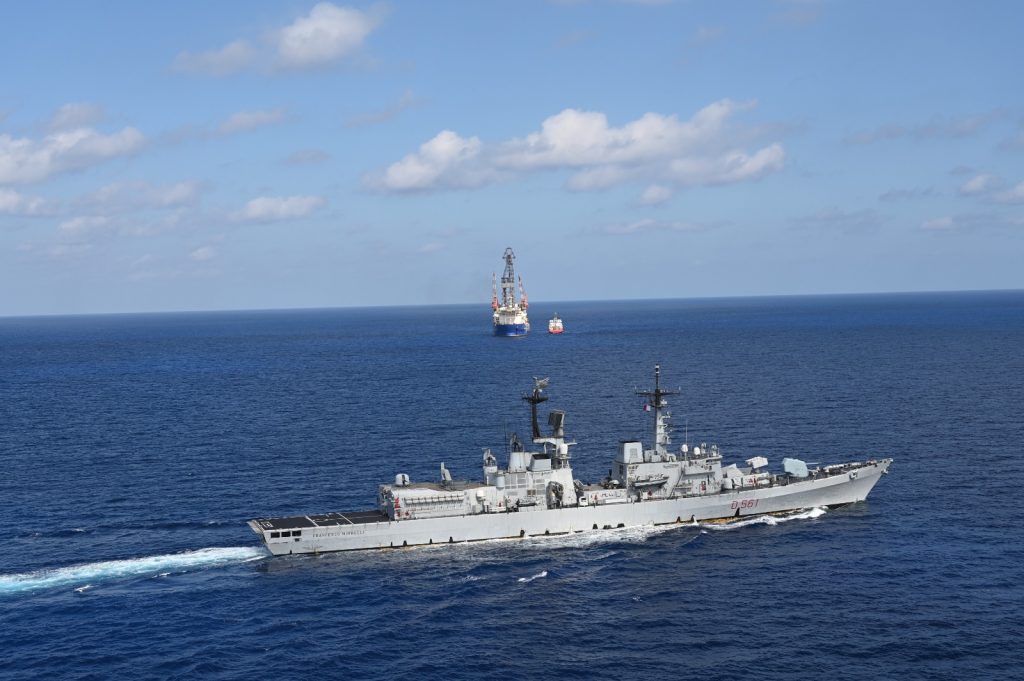 Discovery of natural gas in Block 6

As was announced early this week by the Ministry of Energy of the Republic of Cyprus and ENI, operations by the Tungsten Explorer drilling rig at “Cronos-1” in Block 6 of Cyprus’ EEZ – where the consortium of Eni Cyprus Limited and TotalEnergies EP Cyprus BV operates – led to the discovery of natural gas which, according to preliminary estimates, amounts to 2.5 trillion cubic feet (Tcf). 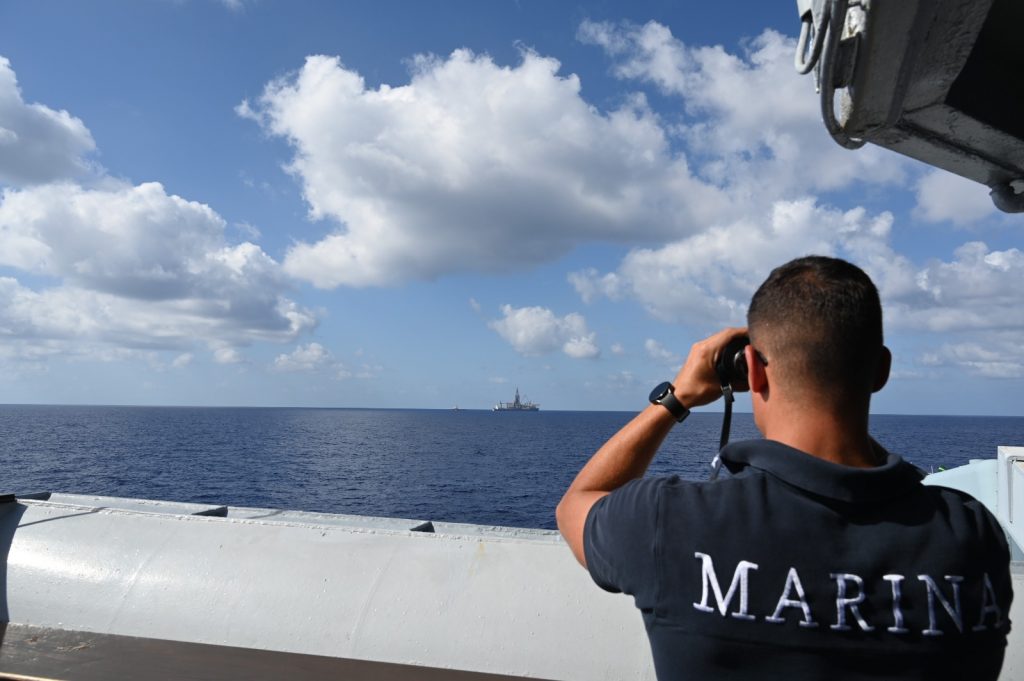 In February 2018, Turkey threatened to use force against ENI’s drilling rig, Saipem 12,000, in maritime block 3 of Cyprus’ EEZ, as it headed towards “Supia”. This specific action is the most extreme attempt by Ankara so far to thwart the drilling program of the Republic of Cyprus. The Italian drilling rig was blocked by ships of the Turkish Navy, while reports spoke of a possible collision between the two vessels. ENI tried again to proceed with this drilling and again encountered the Turkish Navy, as a result of which the work was postponed and the drilling rig left for other obligations in Morocco.

Asked if the company is thinking of withdrawing, CEO Claudio Descalzi said “we will return, waiting for a solution to be found by international diplomacy,” adding that “we are used to such disputes. Usually, in these cases, we put the target under safe conditions. We didn’t leave Libya or other countries when there were complications, we are all very sober and quiet.” For his part, the Turkish Minister of Energy stated that Ankara’s actions are in favour of the Turkish-Cypriots’ rights and “Turkey will oppose to the end”. The Deputy Government Spokesperson of the Republic of Cyprus had stated that Cyprus is determined to exercise its sovereign rights in its EEZ. 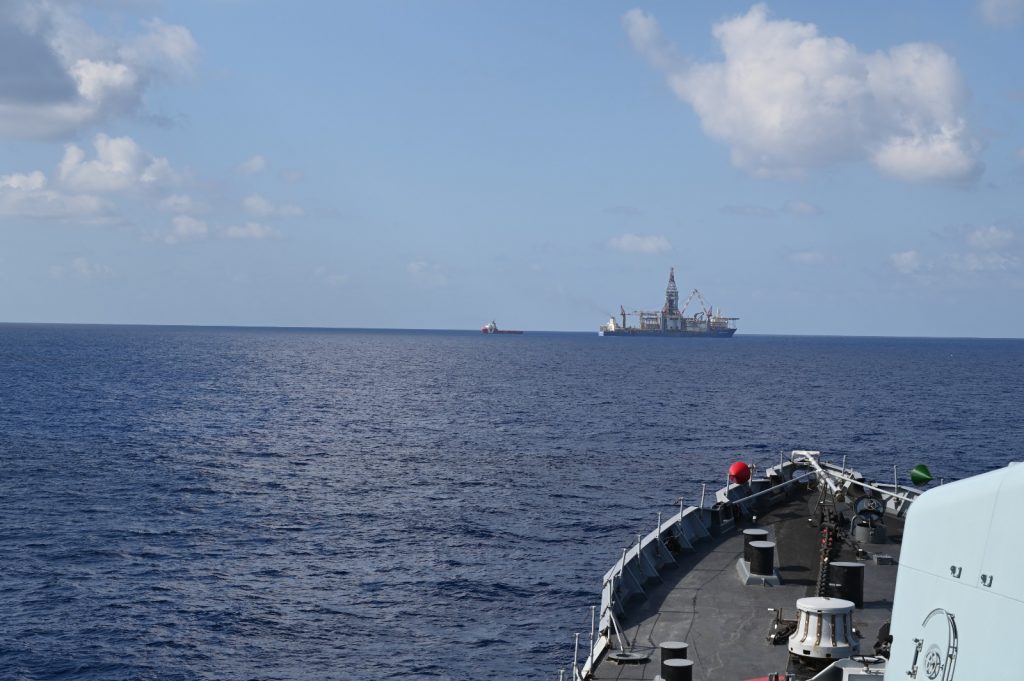 Also read: Turkey | Letter to the UN on the drilling of ExxonMobil in the Cypriot EEZ