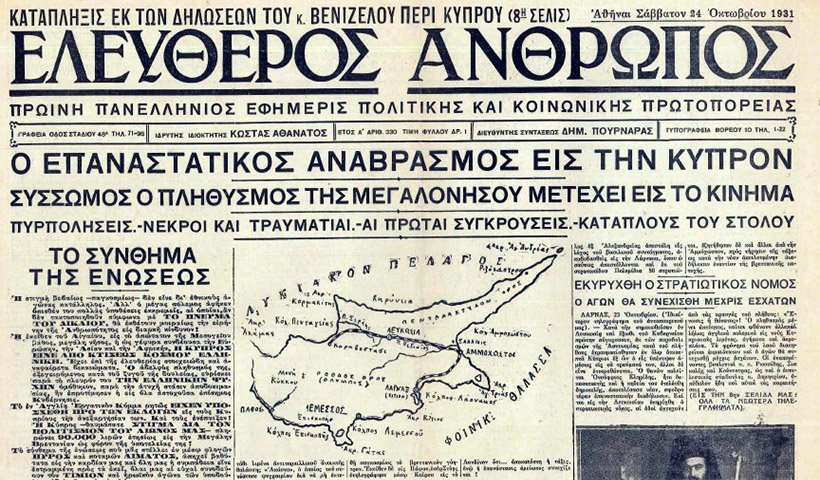 In October 1931, the Cypriots rose up against the brutal and inhumane treatment of the British, demanding liberation from the oppressive British occupation and Union with Greece.

The colonial regime had imposed heavy taxation and the people lived in poverty. In 1931 Governor Ronald Storrs tried to enforce his policy with the imposition of new taxes, but the Legislative Council did not approve it by way of a royal decree. Both his actions and efforts to calm the tension led to unprecedented demonstrations outside the government office. In September of the same year, he decided to impose new taxes which were not approved owing to the vote of the Turkish Legislative Council member, Neyati Bey. Despite that, he overrode the council’s decision by issuing a decree.

The Metropolitan of Kiti, Nikodimos Mylonas, resigned from the legislative council together with other Greek-Cypriot Members of Parliament on October 17, 1931. On the same day, in his address, he proclaimed the Union of Cyprus with Greece and incited his compatriots to disobey the rulers of our homeland. On October 18, 1931, with its inspired proclamation, the National Radical Union of Cyprus, an organization founded by the ecclesiastical and political leadership to coordinate the struggle for the Union, made its programmatic principles known to the people. Both the address of the Metropolitan of Kiti and the proclamation of the National Radical Union evoked excitement among the people. 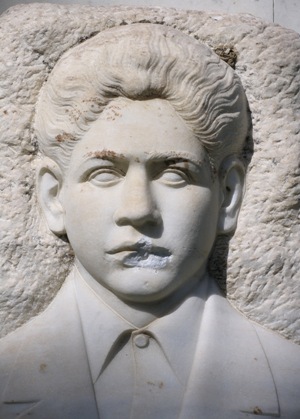 On October 21, the rest of the Greek deputies also resigned in a joint decision they made at an event of the Nicosia Commercial Club. After the event, a protest march towards the government began. Many armed themselves with sticks and stones. The wave of protesters was so impetuous that the police cordon that was formed could not contain it. Police forces arrived at the site and tried but failed to disperse the protesters and were also stoned, while the protesters burned three police cars. Demonstrators lit sticks and threw them at the windows of the governor’s office, setting it on fire. The police fired live shots at the crowd, managing to break up the march. Onoufrios Clerides was killed by their shots.

The Metropolitans of Kiti and Kyrenia and several citizens were exiled. Under a special law, fines were imposed on the residents, stricter measures followed with a traffic ban, censorship of the press, and on October 23, 4 ships with British soldiers arrived.

The October 1931 movement was not an isolated incident or a momentary reaction of the Cypriot people. It was the culmination of a series of events and people’s reactions to the controlling, oppressive and inhumane measures taken by the British colonial government to subjugate the Greek-Cypriot soul and castrate all human dignity and free expression. The Cypriots did not hesitate to put forward their resistance in the face of the omnipotence of an empire. They overcame pettiness and petty politics and unitedly claimed their rights, unarmed, with mental strength and courage. This confrontation was the result of the social and political dynamics projected by inspired leaders and led the people to a celebration of Freedom, to an awakening of consciousness, to an overthrow of conventionality and exploitation.