SECURITY
Sweden | “We have not been able to integrate immigrants,” Prime Minister admits
Defence Redefined
Published on 30/04/2022 at 15:00 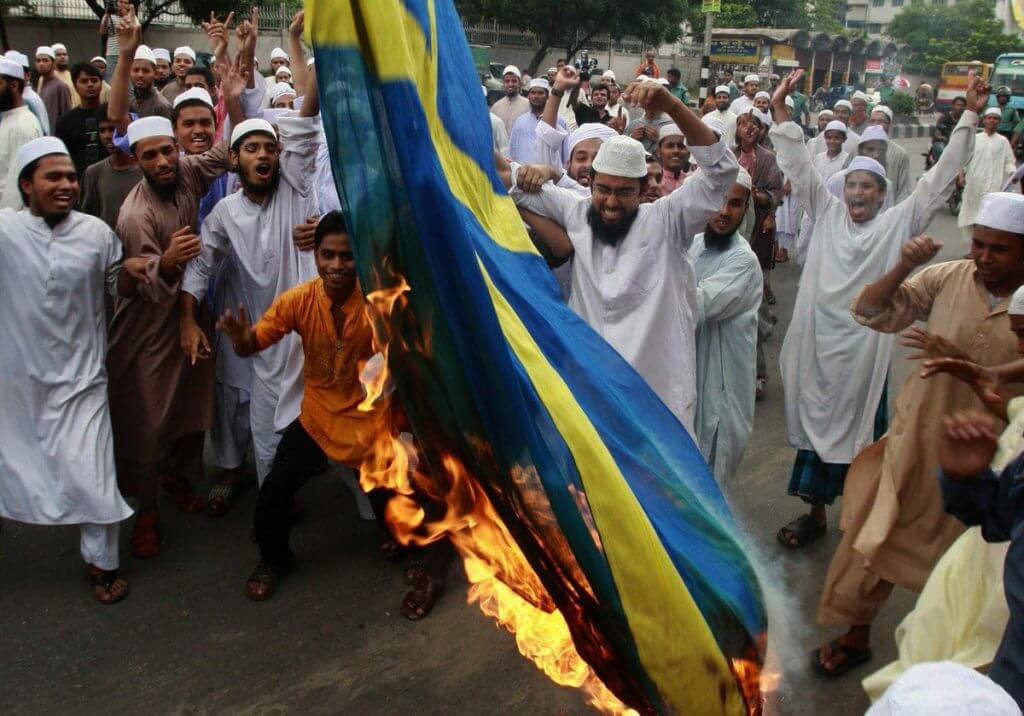 Sweden has not been able to integrate into its society the large number of immigrants who have entered the country in the last two decades, admitted Prime Minister Magdalena Anderson. The latter has also stated that this weakness has led to parallel societies and an increase in gang violence.

The incidents of violence that took place in April shocked the Swedish people. The reason for the outbreak of violence was the move of a politician to burn the Koran in a demonstration, while he himself intended to organize other demonstrations in neighborhoods where immigrants live, according to Proto Thema.

More than 100 police officers were injured in the riots, Reuters notes. The Prime Minister accused criminals, adding that extremists, Islamists, and far-rightists were left unchecked in Sweden.

“Separation has been allowed to go so far that we have parallel societies in Sweden. We live in the same country, but in completely different realities,” Anderson said.

She also said she wanted to introduce local youth crime councils, where social services and the police would work together. Young people should stay in schools and away from the streets.

“Integration was lacking at a time when we had a big wave of immigration. Society was very weak, resources for the police and social services were weak,” Anderson added.

In the last two decades, the number of people in Sweden born outside the country has reached two million. During this period, it has doubled and now reaches one-fifth of the total population. Anderson’s party, the Social Democrats, has been in power for 28 of the last 40 years.

Parliamentary elections will be held in 2022 in Sweden, which now has one of the most “tight” immigration policies in Europe, unlike what happened a few years ago.